Ushering in the Summer Solstice

Beginning on 21 June this year when the sun reaches the exact celestial longitude of 90°, the arrival of the Summer Solstice brings with it a much anticipated time of growth and prosperity.

Imperial Traditions during the Summer Solstice

In Chinese dynastic history, the Summer Solstice was met with a flurry of festivities, with traditional celebrations dating as early as the Han dynasty (202 BC – 220 AD). Where the Winter Solstice is the shortest day of the year, the Summer Solstice marked its longest day. In particular, these most auspicious solar terms were greeted with great reverence and were deemed by ancient Chinese emperors as great occasions to hold magnificent festivals and celebrations. 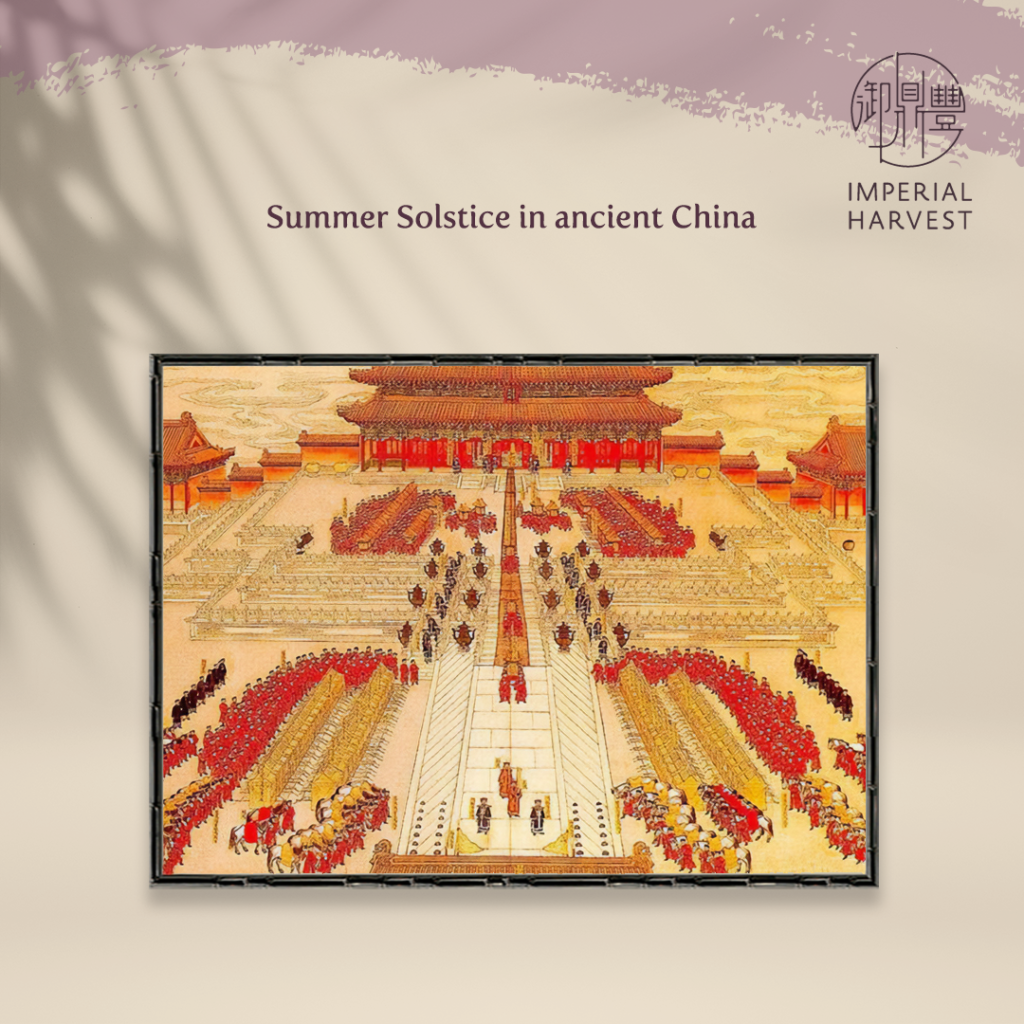 Generations of emperors across the Ming and Qing dynasties patronised the Temple of Earth during the Summer Solstice festivities. The reverent ritual worship carried out by these esteemed rulers was believed to usher in great wealth, prosperity and abundance to their empires.

The Ming and Qing dynasty emperors would ascend the Temple of Earth, conducting worship rites with exuberant flair in celebration of the God of Earth. Having been commissioned by Emperor Jiajing of the Ming dynasty and completed in 1530, the Temple of Earth stands as one of Beijing’s most culturally significant historical monuments. 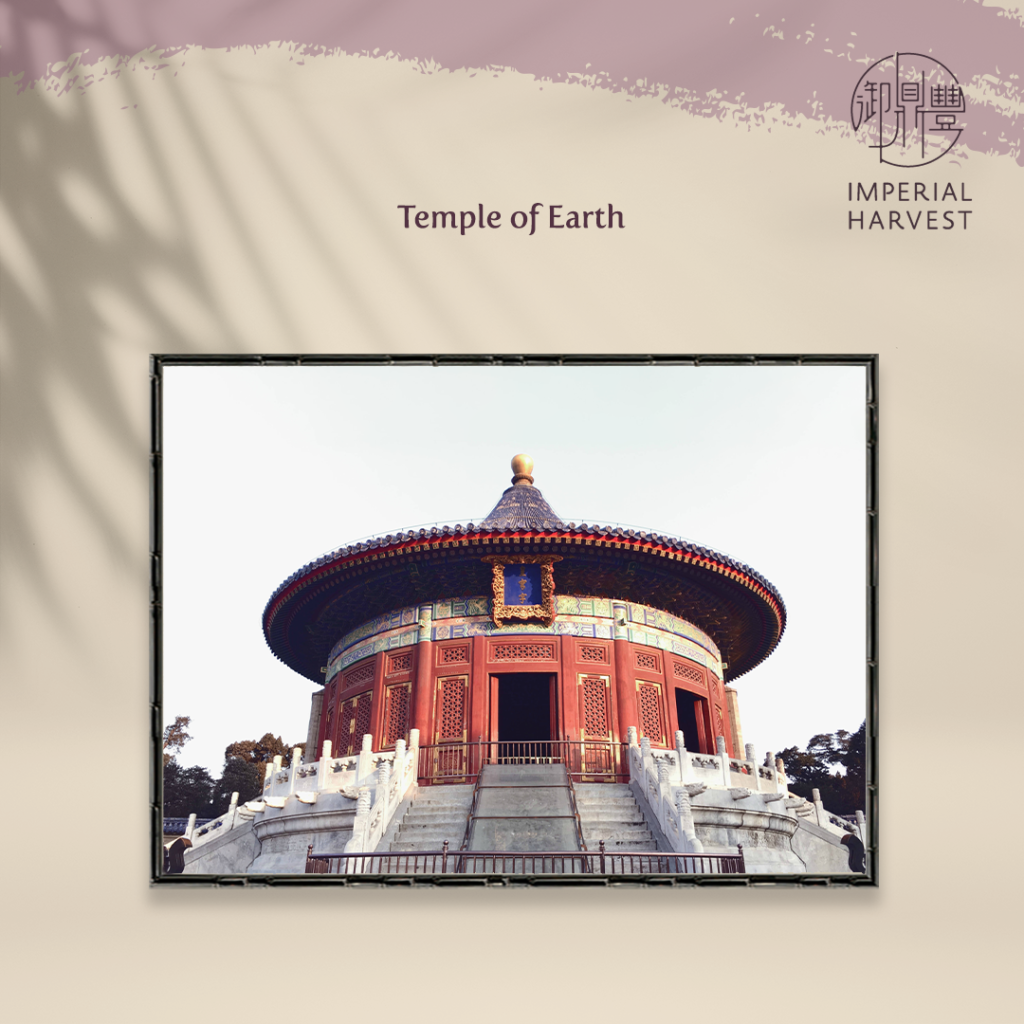 The temple stands on a square-shaped altar, and is encircled by water channels — a grand allusion to the ancient Chinese principle of “天圆地方”, or “Round Heaven, Square Earth”. These architectural traits are symbolic of the Temple of Earth’s status as a sacred site of worship for bountiful harvests. The temple’s main altar, known as the Fangze Temple, was designed to offer tributes to the God of Earth.

Emperor Qian Long of the Qing dynasty recognised the importance of such ritual worship in bringing lasting abundance to his empire. As a staunch advocate of imperial Feng Shui, he ascended the Temple of Earth during the annual Summer Solstice festivities, donning fine white jadeite in accordance with his favourable element, metal. He led the Summer Solstice rituals with his set of agarwood beads in hand, offering tributes and grand prayers for the God of Earth’s favour, a year free from natural disasters, as well as expressing his gratitude for the harvest. His dedication to these rites and prayers was thought to account for why the Qing dynasty enjoyed unprecedented wealth, harmony, peace and prosperity. 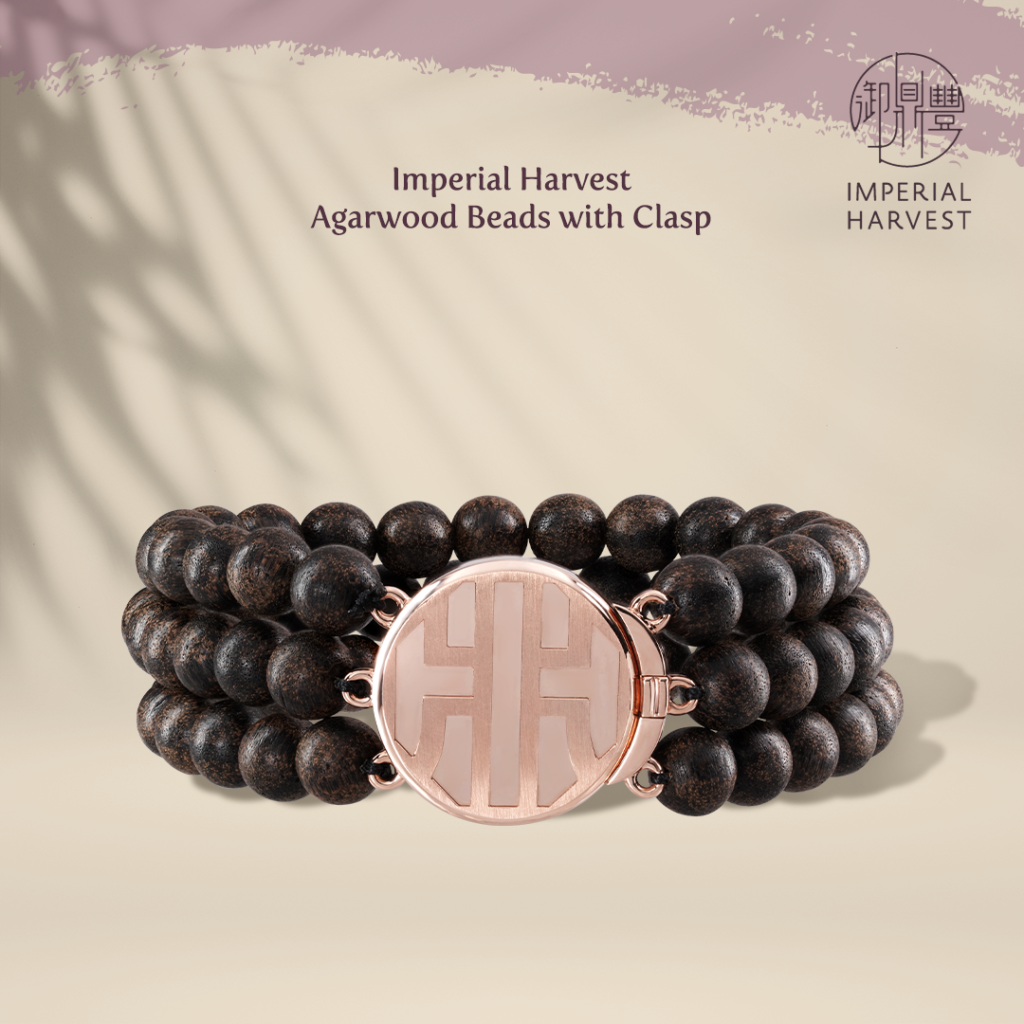 A major proponent of Emperor Qian Long’s ceremonial rites during the Summer Solstice celebrations, Agarwood additionally plays a major role in maintaining an optimal balance of the Major Yang. In Imperial Feng Shui, the Major Yang is one of the four universal phenomena that make up the forces of Yin and Yang.

Agarwood is revered as the “Wood of the Gods”, and is native to the dense forests of Southeast Asia. The rarity of natural Agarwood trees has made Imperial Harvest-grade Agarwood one of the most sought-after commodities in the world. Prized for its exquisite fragrance and appearance, it is also held in high regard for its ability to expand the direct wealth capacity of its destined owner. 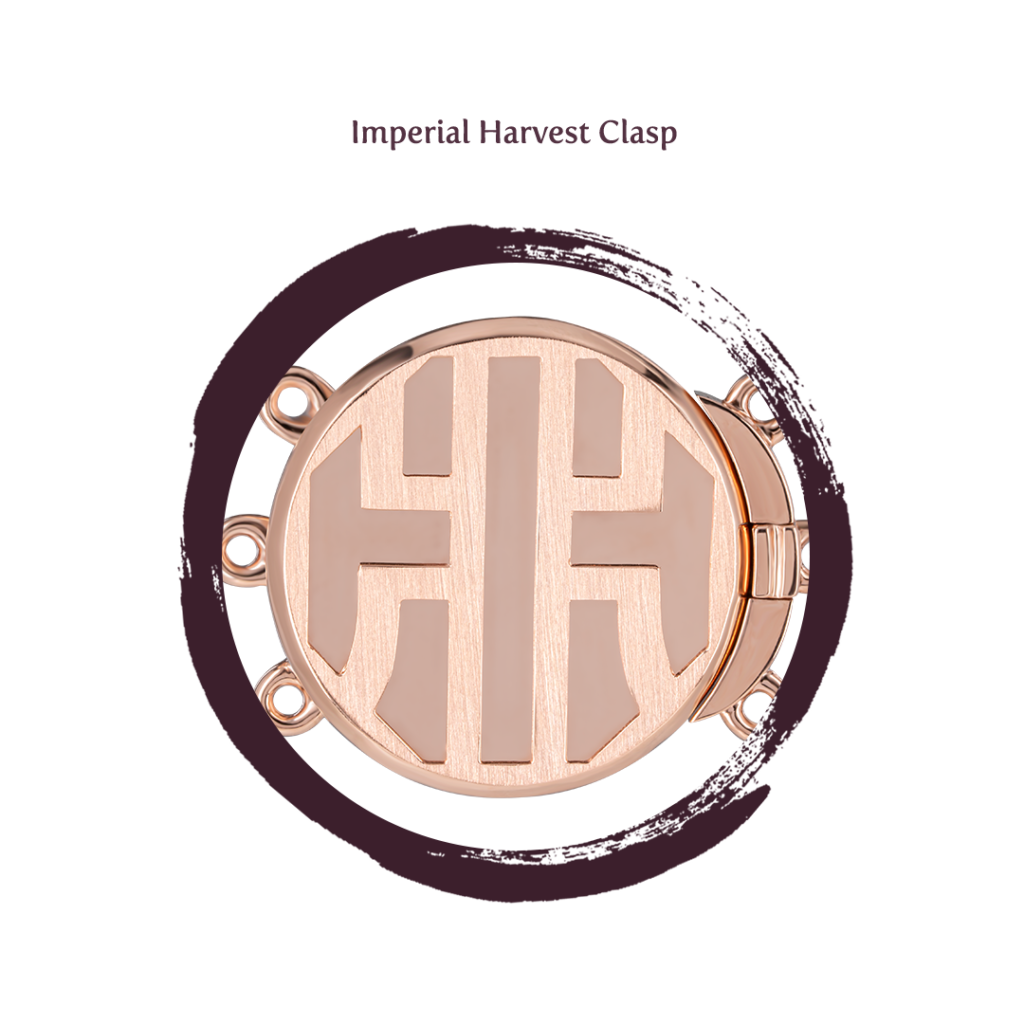 Patented in Singapore and designed with a contemporary outlook in mind, each 18K gold charm is made of a proprietary blend of precious metals. Additionally, each piece features a unique serial number, serving as an affirmation of all that the brand embodies in terms of technical excellence and craftsmanship. Its gleaming sheen is a harmonious contrast against the understated elegance of the Imperial Harvest Agarwood Beads, achieving a visually complementary finish. 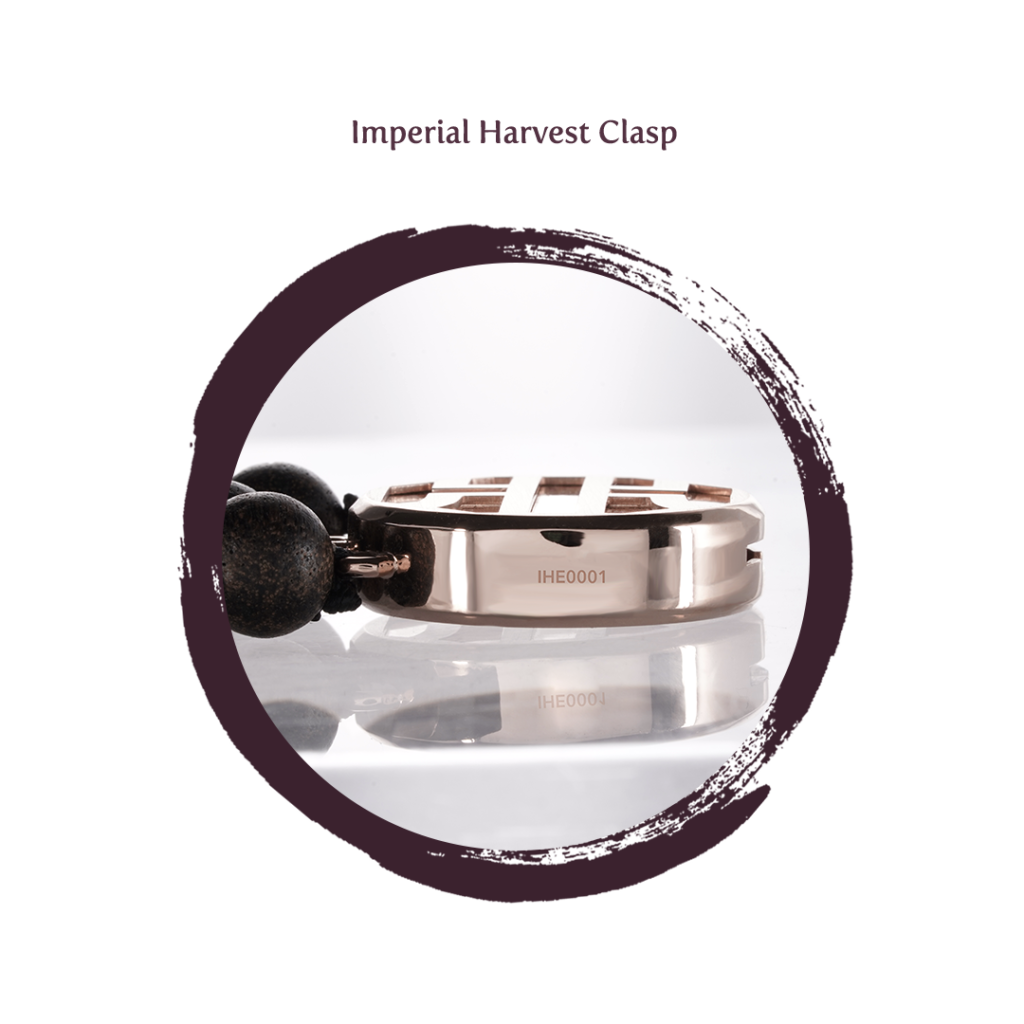 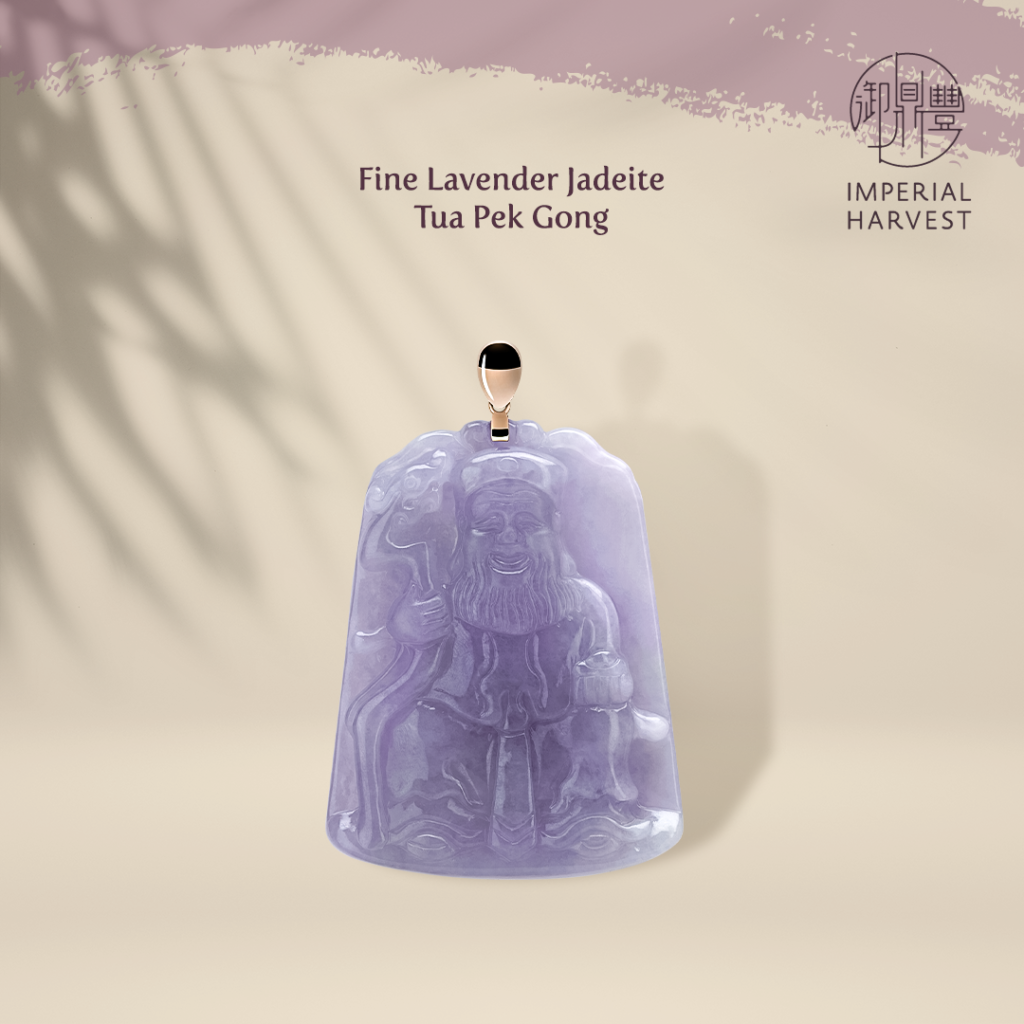 Paying homage to the worship rites conducted by past Chinese emperors to the God of Earth, the Imperial Harvest Fine Jadeite Tua Pek Gong remains at the forefront of the Imperial Harvest Five Wealth Gods collection this season. In addition to his designation as the God of Earth, Tua Pek Gong is also one of the most formidable direct wealth gods in Chinese culture and is otherwise known as the Career Wealth God.

In seeking guidance from the God of Earth each Summer Solstice, Emperor Qian Long ushered in great prosperity for the Qing empire. Governing the direct wealth capacity of his devotees, Tua Pek Gong ushers in massive benefactor support, bringing beneficial opportunities for the progression of their careers and personal growth.

A distinct depiction of the formidable God of Earth, the conceptualisation of the Imperial Harvest Fine Jadeite Tua Pek Gong was kept with Imperial Harvest’s family of blessed clients in mind. Bringing unmatched degrees of wealth and prosperity to its destined owner, this superlative Imperial Harvest treasure accelerates the realisation of career aspirations and brings smooth progression across different stages of their professional careers. 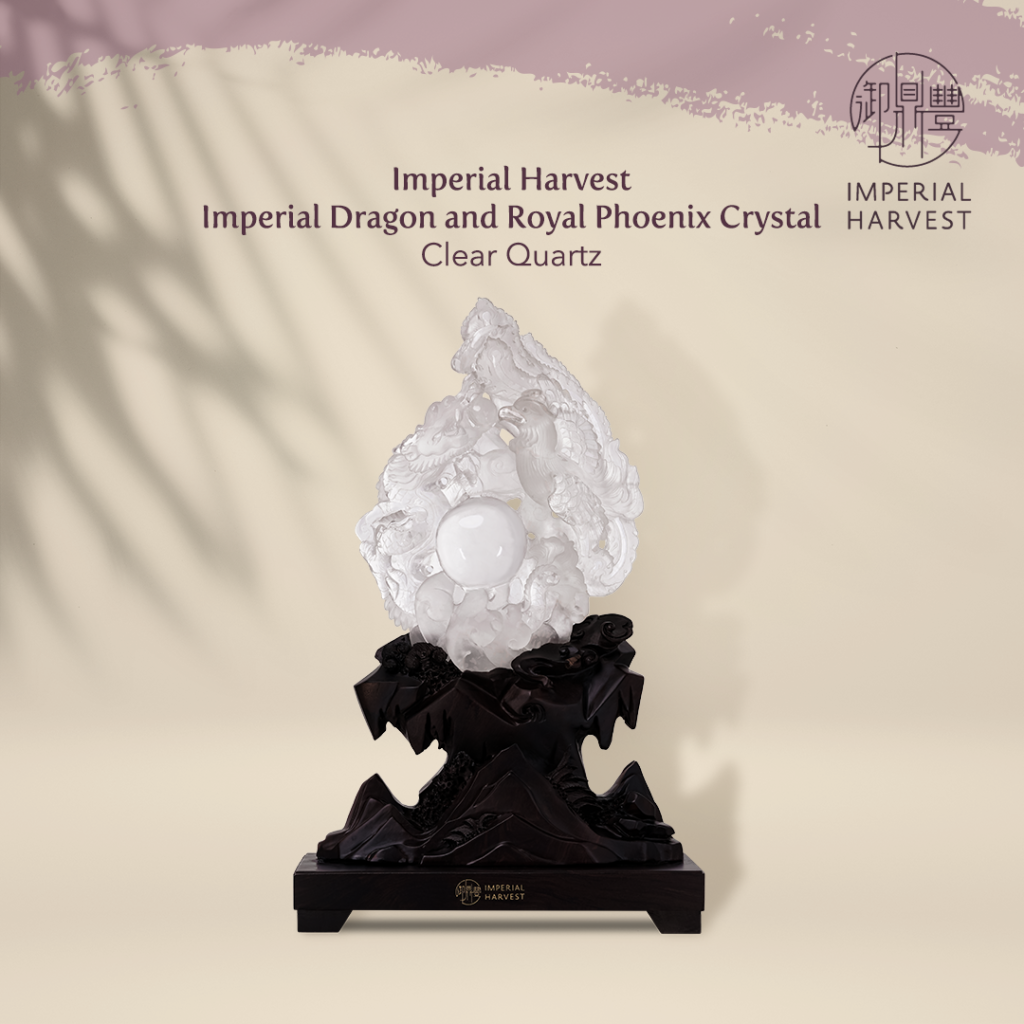 As a stalwart advocate of Imperial Feng Shui in dynastic China, Emperor Qian Long understood the ability of Imperial Harvest-grade crystals in catalysing the wealth and prosperity of the empire — thereby bringing the Qing dynasty into a golden age of economic and social development, peace and stability. In the study of Imperial Feng Shui, the Water Star plays a critical role in governing wealth, ushering in opportunities and strengthening intuition.

The Imperial Harvest Crystal collection similarly ushers wealth and prosperity into the households and offices of our esteemed clients. A contemporary embodiment of the Imperial Feng Shui traditions that flourished under Emperor Qian Long’s eminent rule, the collection comprises only the finest natural crystals that yield great prosperity for our blessed clients. Proper installation empowers those within the space to overcome their adversities and fears, enabling them to establish themselves as influential and respected figures in their industries.