Agarwood is known as the “Wood of the Gods” — with an allure that has captivated a multitude of cultures and religions throughout history. Reverence for this precious commodity is evident in ancient texts dating back as early as 1400 B.C. Today, Agarwood stands as one of the most expensive raw materials in the world, with certain variations of Agarwood fetching as much as USD$10 million per kilogram. 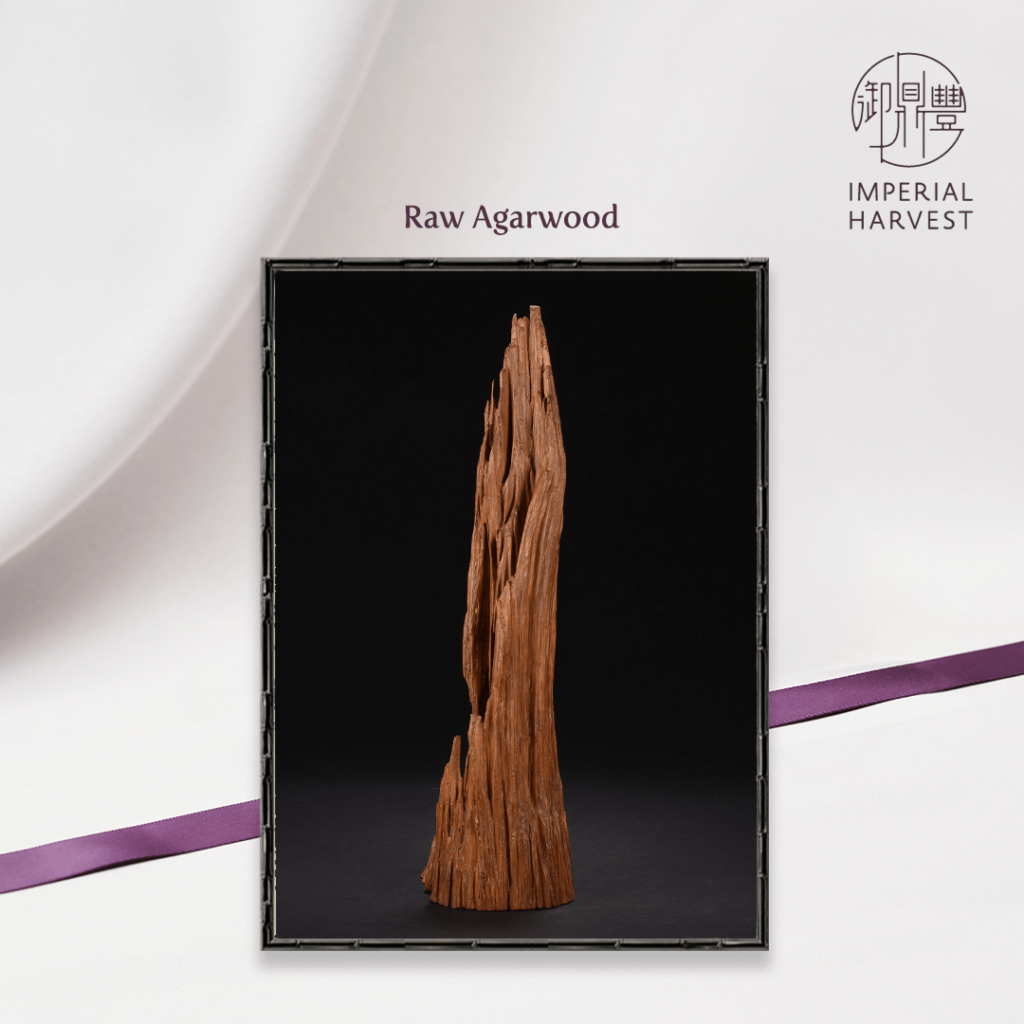 Native to the dense forests of Southeast Asia, Agarwood is formed in the heartwood of Aquilaria trees as a defensive reaction to its exposure to Agarwood-forming fungi. Damage to the tree’s bark by external forces, such as from grazing animals or insects, is the catalyst with which the tree produces its signature dark and aromatic resin. This exquisite resin is slowly embedded in the tree’s heartwood to form its treasured Agarwood deposits.

The scarcity of natural Agarwood trees has made Imperial Harvest-grade Agarwood one of the most sought-after treasures in the world, prized for its exquisite fragrance, elegant appearance and Imperial Feng Shui qualities.

Imperial Feng Shui principles dictate that the universal focus of Yin and Yang are further divided into the Four Phenomena. The Four Phenomena are tied to different spheres of life, with the Major Yang governing an individual’s direct wealth capacity (正财库).

Direct wealth capacity refers to the income potential that is derived from an individual’s regular sources of income such as their career progressions, business dealings and sales profits. For full-time traders, their source of direct wealth stems from their investment and stock dealings.

Wealth capacity is a fascinating subject in Imperial Feng Shui studies, referring to the amount of wealth that an individual is able to amass in their lifetime. Analysis of a person’s wealth capacity can help to determine their financial limitations, as well as income potential derived from the financial opportunities that present themselves. Individuals that are in good luck cycles, but have limited wealth capacities may find themselves in a situation where they excel in their careers but do poorly in their financial situations.

The implications of a limited wealth capacity are far-reaching. It brings implications such as fluctuations in work and business performances, missing out on major opportunities and having limited benefactors. Therefore, maximising your direct wealth capacity is paramount in achieving goals and aspirations.

Seminal discoveries made by Emperor Qian Long’s team of esteemed Imperial Feng Shui masters had undergone years of meticulous research and development, uncovering the role of Agarwood in maintaining an optimal balance of the Major Yang. 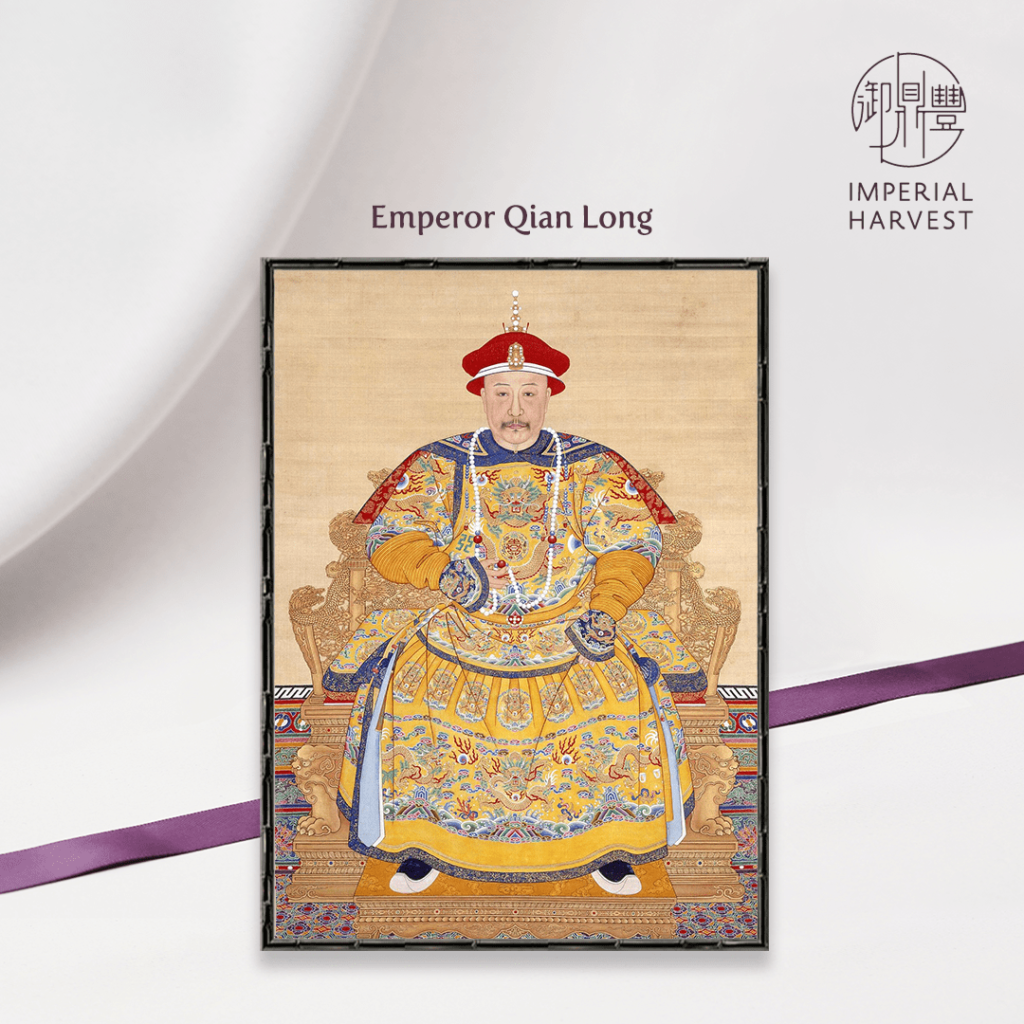 Supercharging the direct wealth capacities of our esteemed clients, the Imperial Harvest Agarwood treasures accelerate growth in the careers and businesses of its blessed owners, multiplying career and business income several-fold. With tremendous support from leading benefactors and mentors in our clients’ respective industries, the Agarwood collection empowers individuals to secure strategic opportunities, and triumph at the pinnacle of their industries. 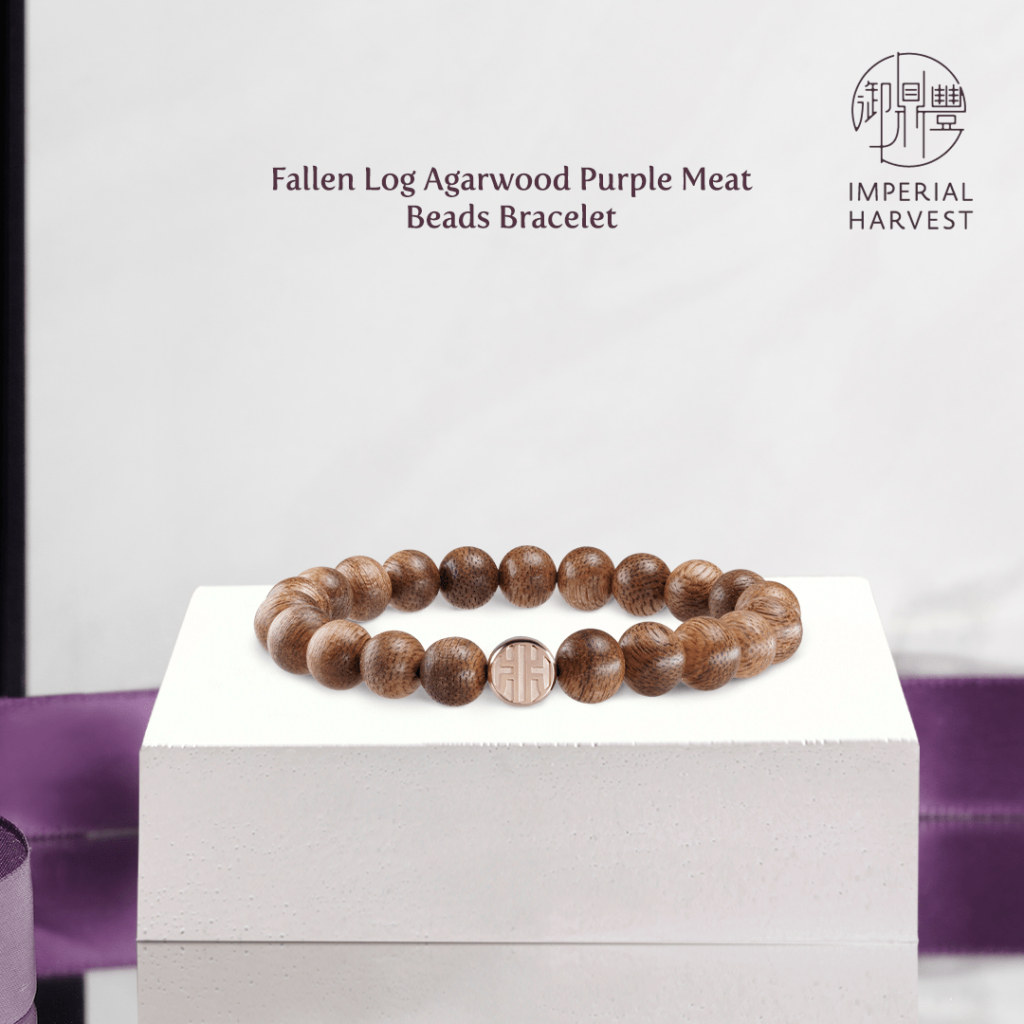 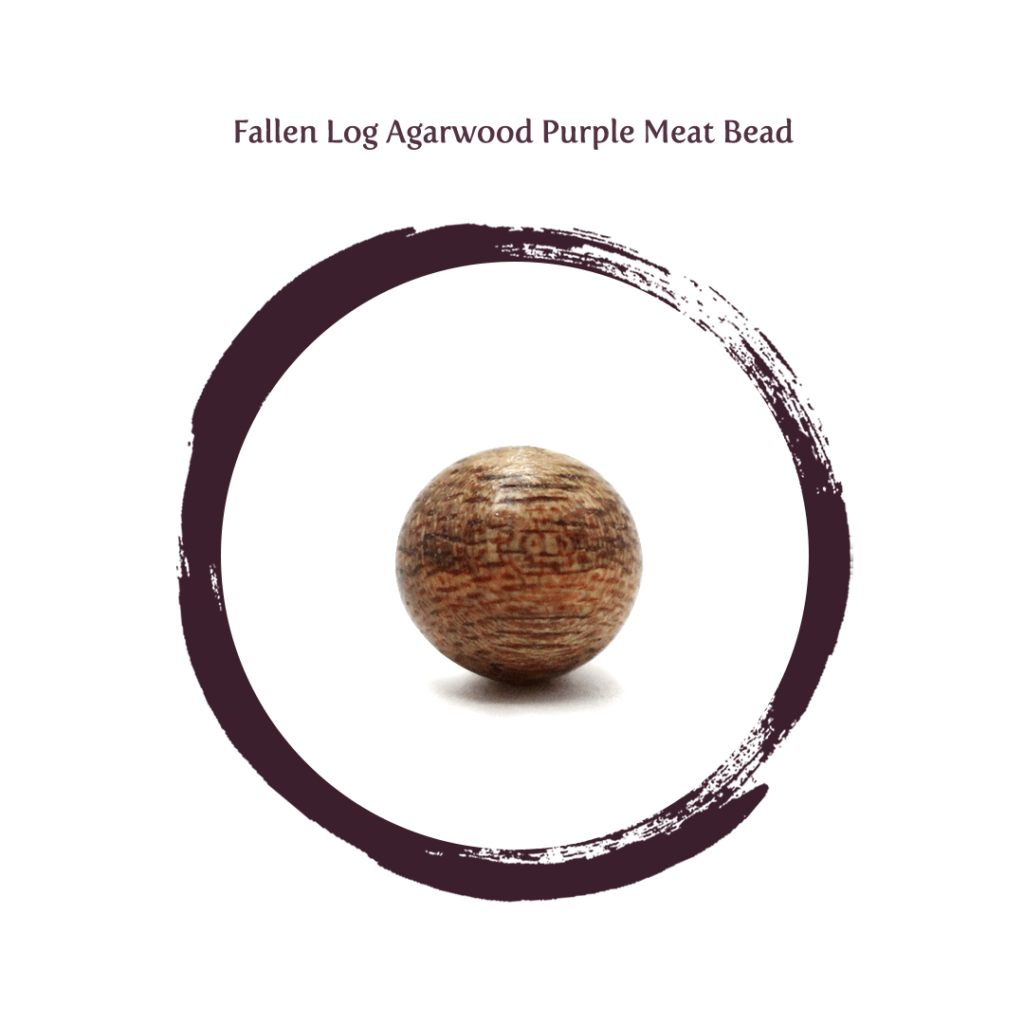 Fallen Log Agarwood (Purple Meat) derives its name from the way it is formed – the fallen Aquilaria long undergoes its ageing process above ground over a period of at least 200 to 250 years. The rich Agarwood resins formed during this process accumulates in the wood of the Aquilaria long, forming its signature purplish hues. 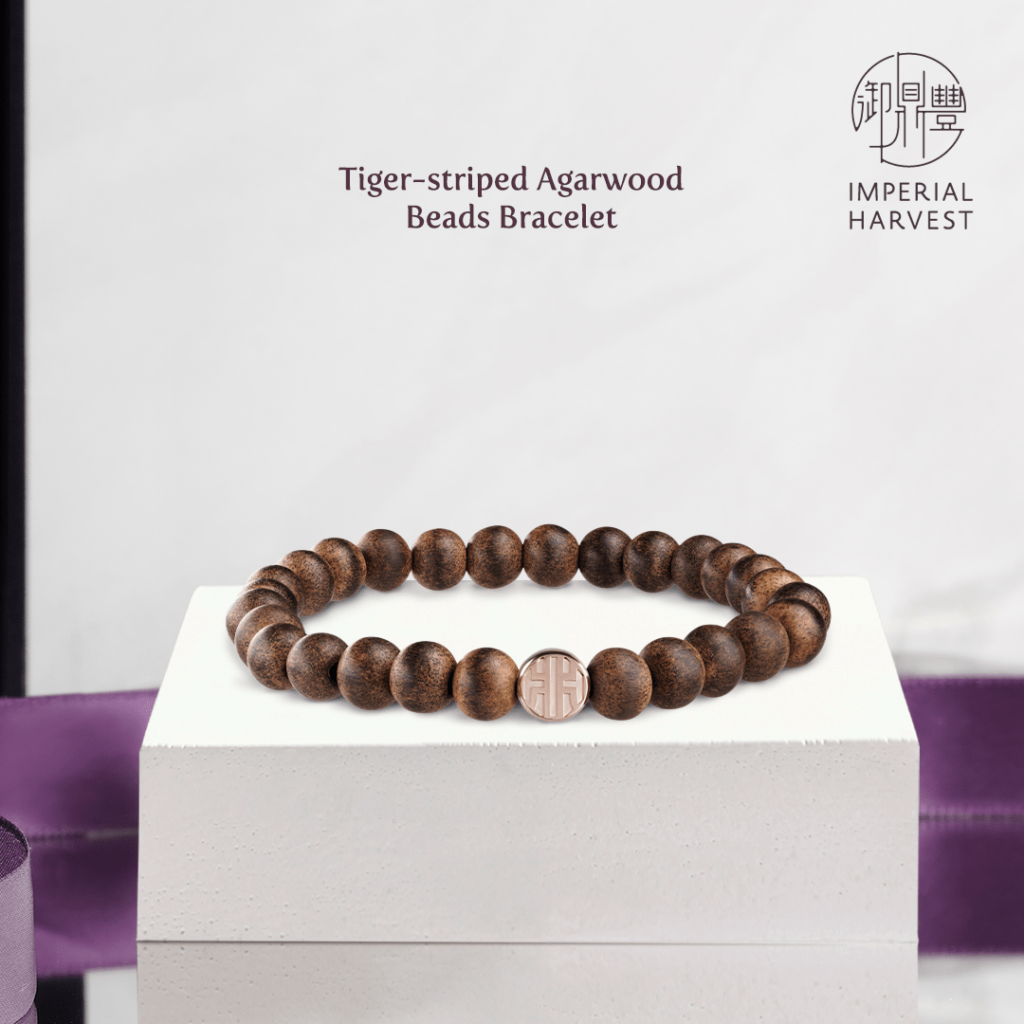 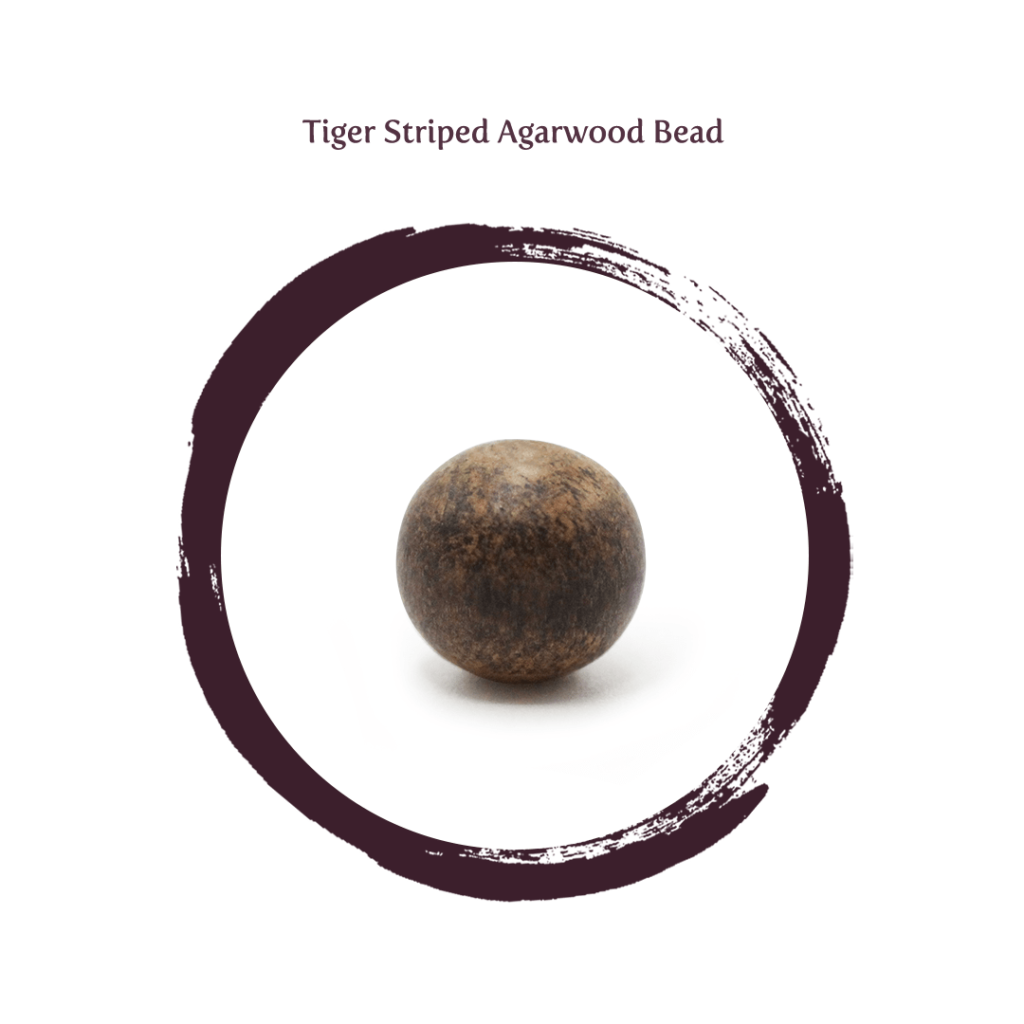 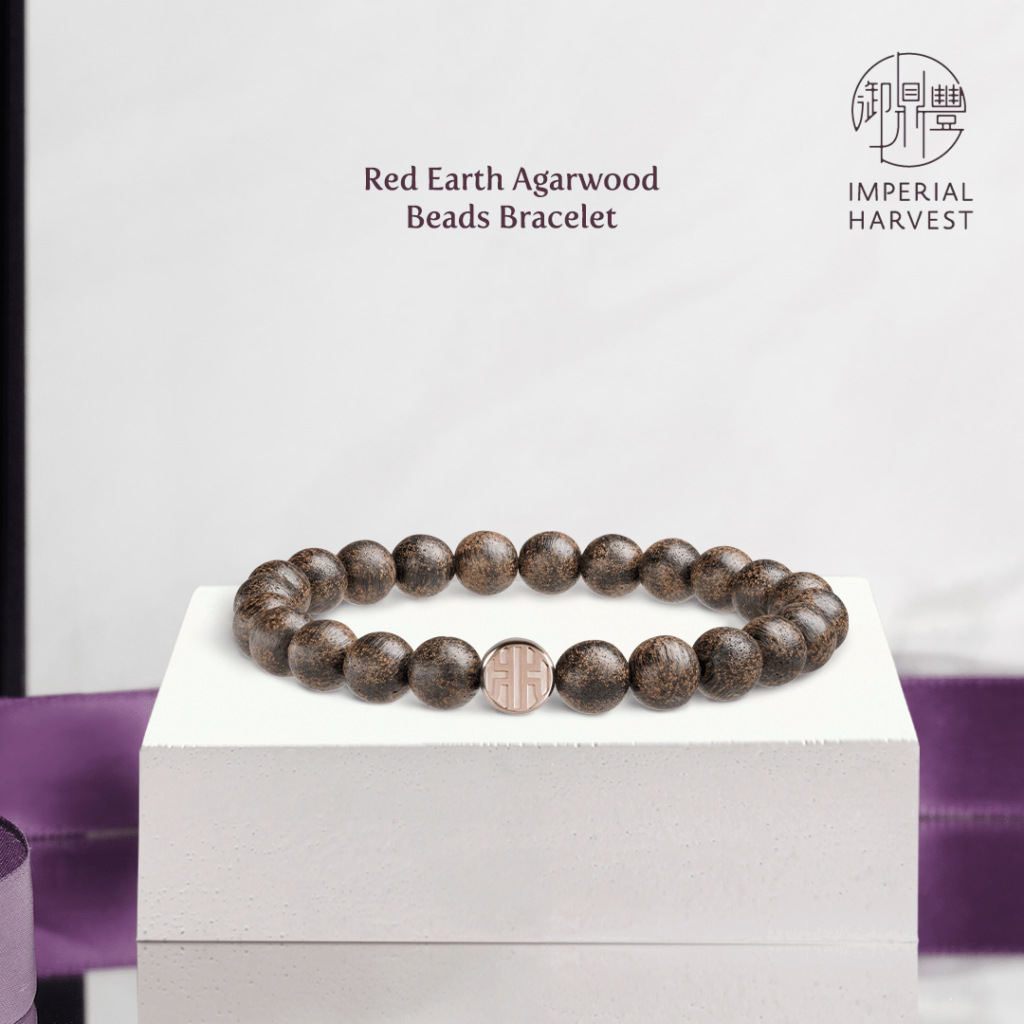 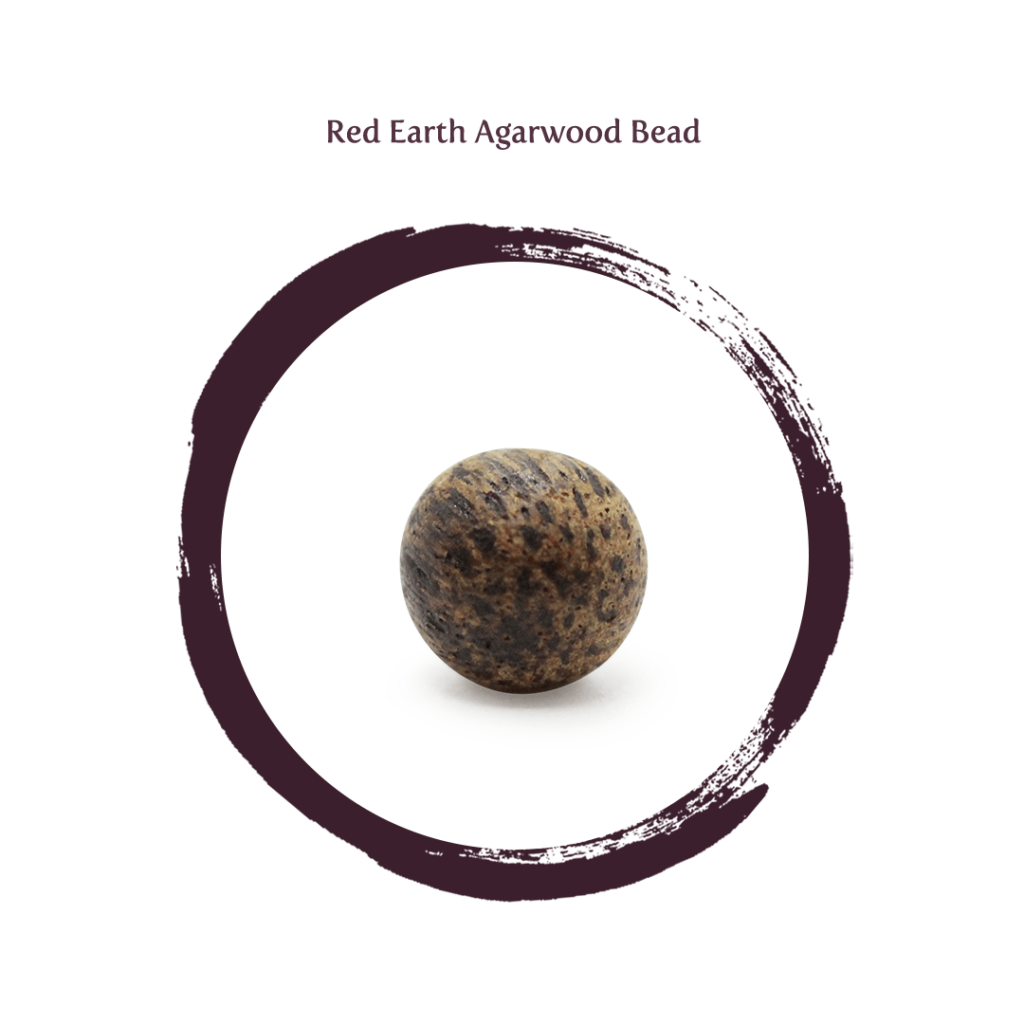 Spending no less than 500 years buried in moist, iron deposit-rich soil, Red Earth Agarwood is exceptionally rare. The soil provides an optimal environment for Agarwood fungi to flourish, endowing this variation with its signature reddish hue. Natural Red Earth Agarwood is a rarity — a remarkably rare discovery due to the fallen Agarwood log being buried underground for several centuries. 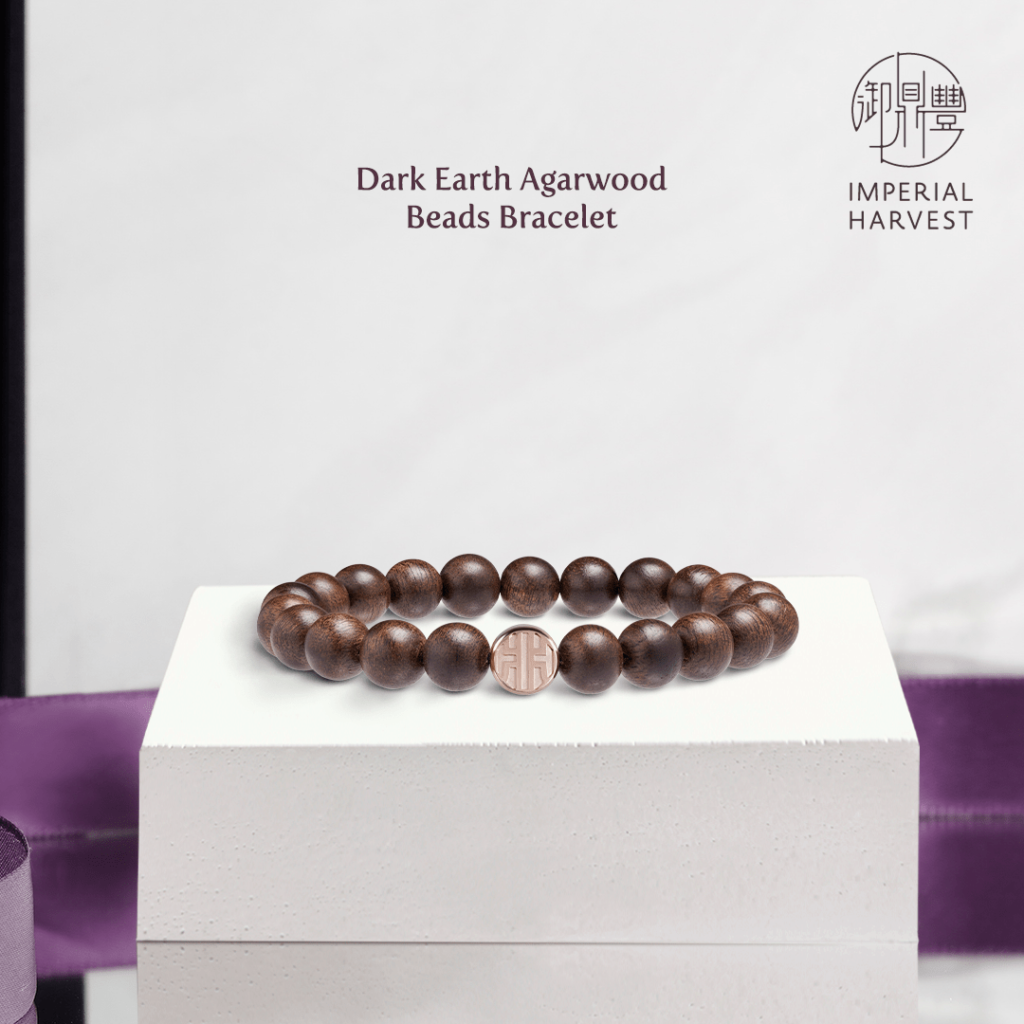 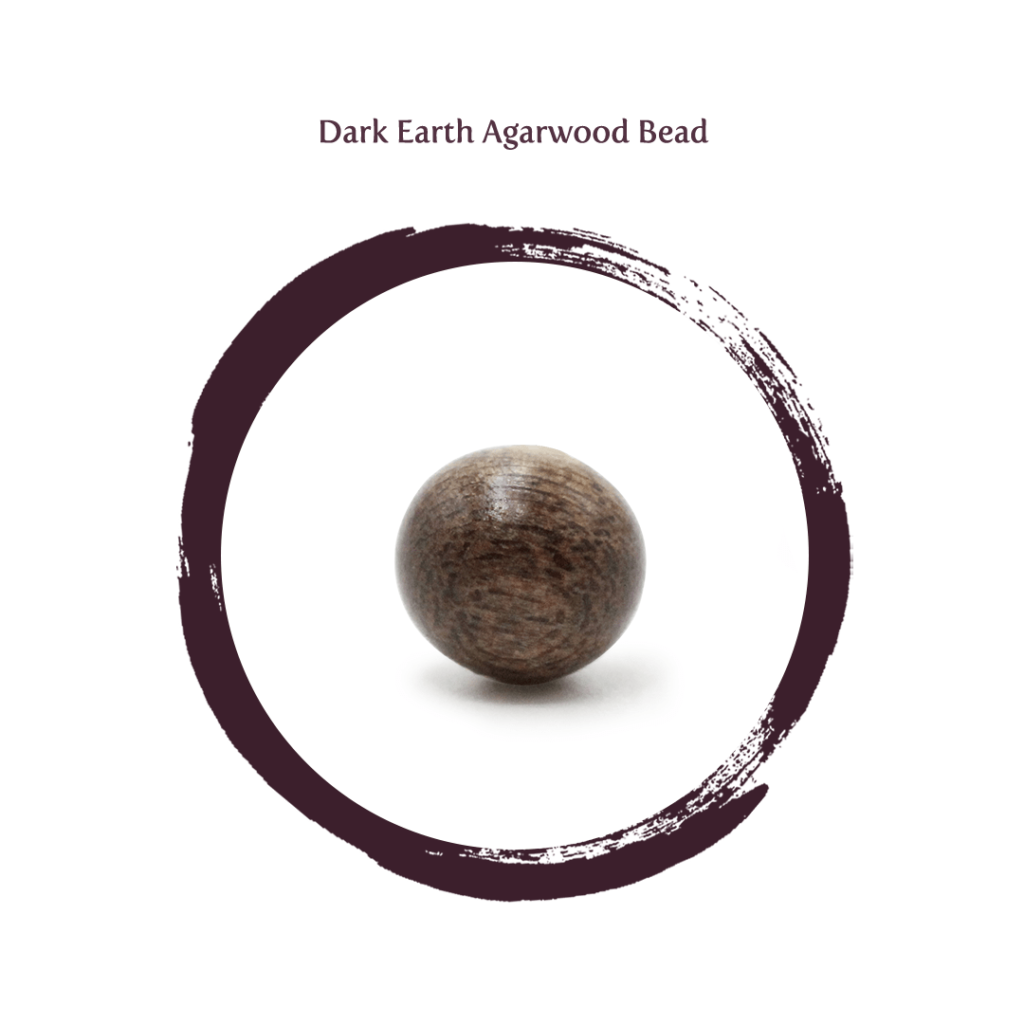 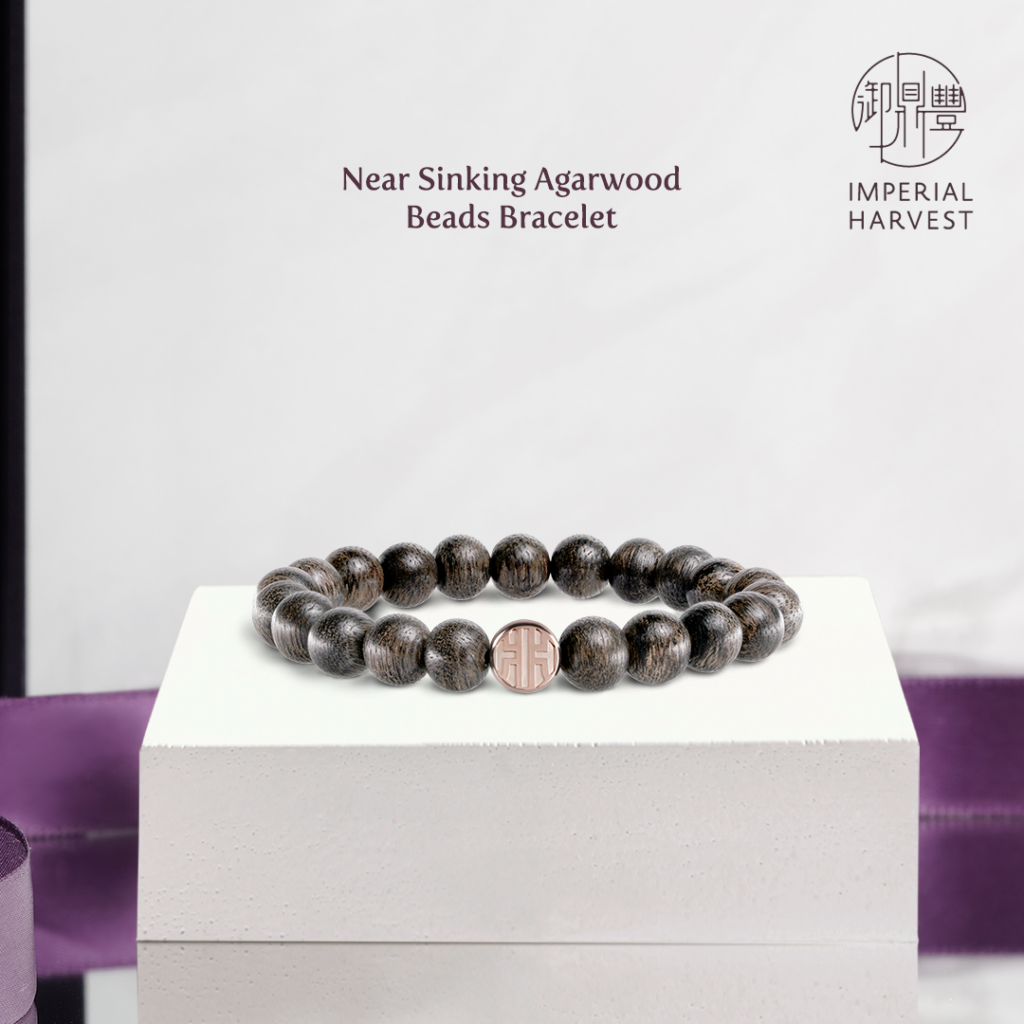 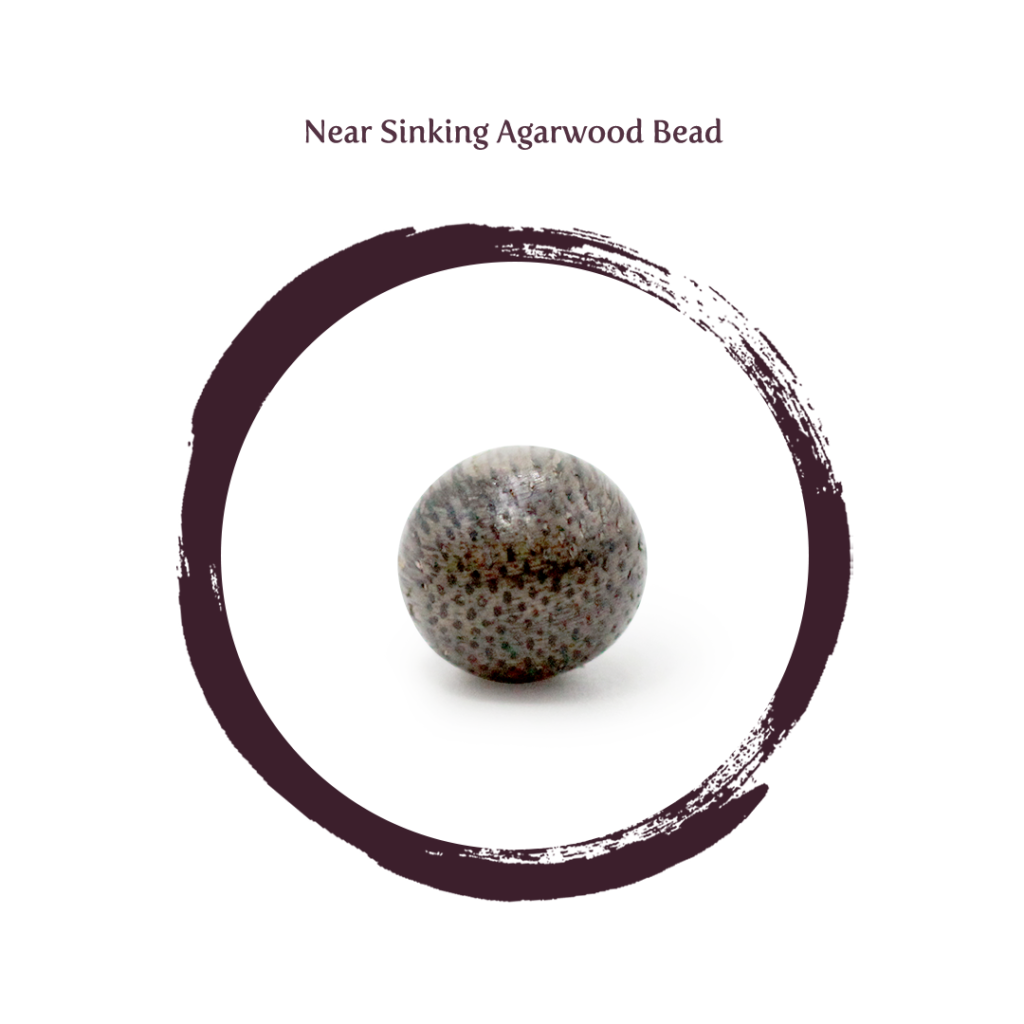 One of the finest tiers of Agarwood worldwide, Near Sinking Agarwood was reserved for circles of high nobility, particularly for members of China’s ruling elite. Undergoing an ageing process that spans at least a millennia-long, the density of Agarwood resins formed in this exquisite variation causes it to partially sink when submerged in water. The resin is evenly distributed across each bead, giving the Near Sinking Agarwood an elegant appearance. 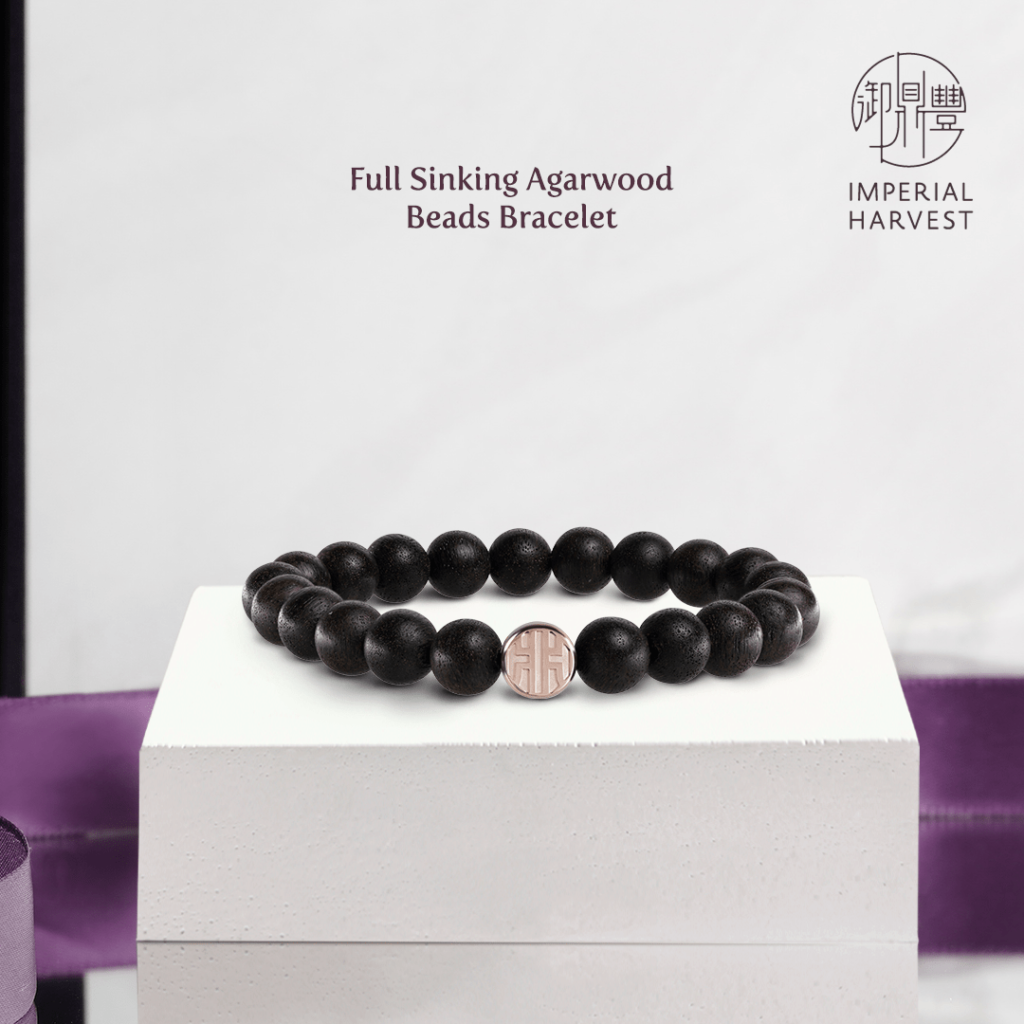 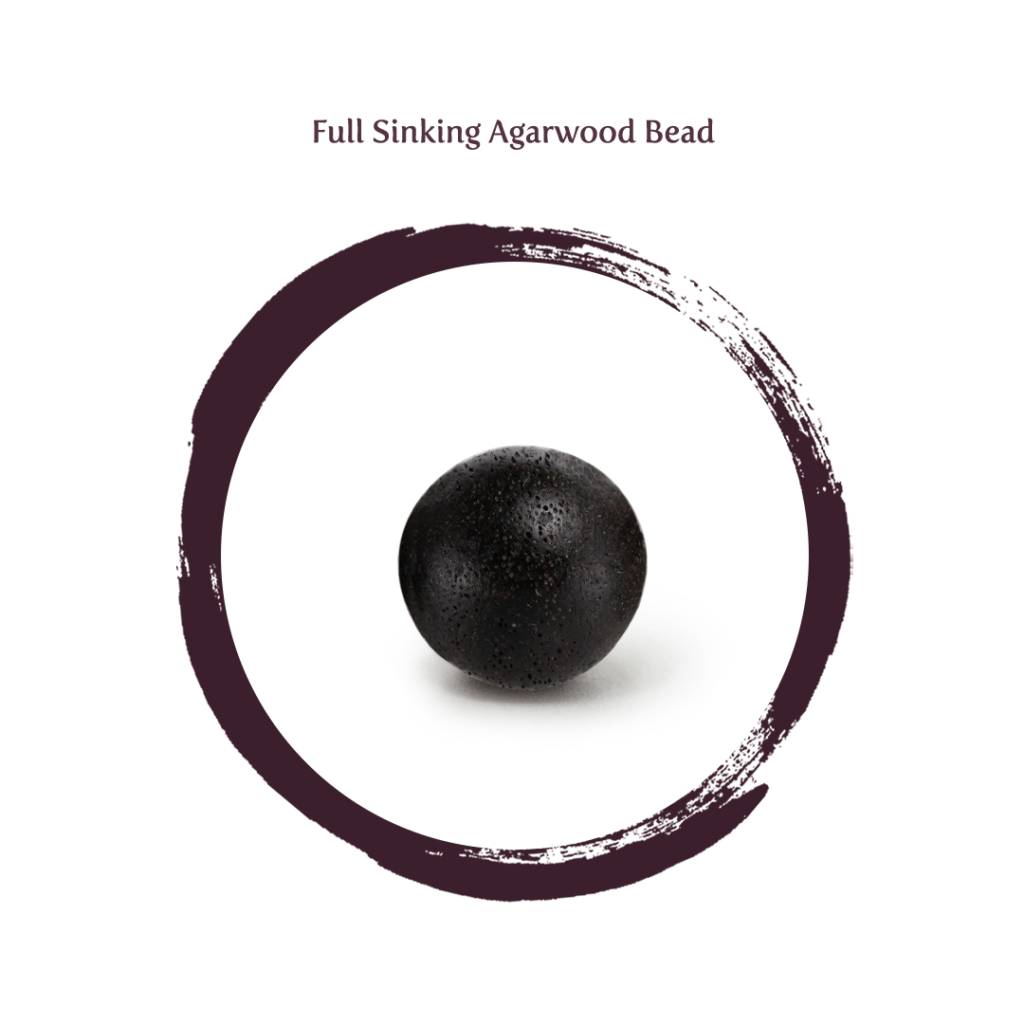 Across the annals of Chinese history, the Full Sinking Agarwood has been coveted for its Imperial Feng Shui properties, elegant appearance and unique fragrance. Owing to its rarity, this exclusive tier of Agarwood was strictly reserved for the Chinese royalty and members of the ruling elite.

Densely accumulated within each Agarwood treasure, the rich resin increases the inherent density of this eminent Imperial Feng Shui treasure, contributing to a unique ability to sink when submerged in water. 98% of Agarwood floats in water — much like other woods, leaving a small proportion with dense enough resin to sink in water. 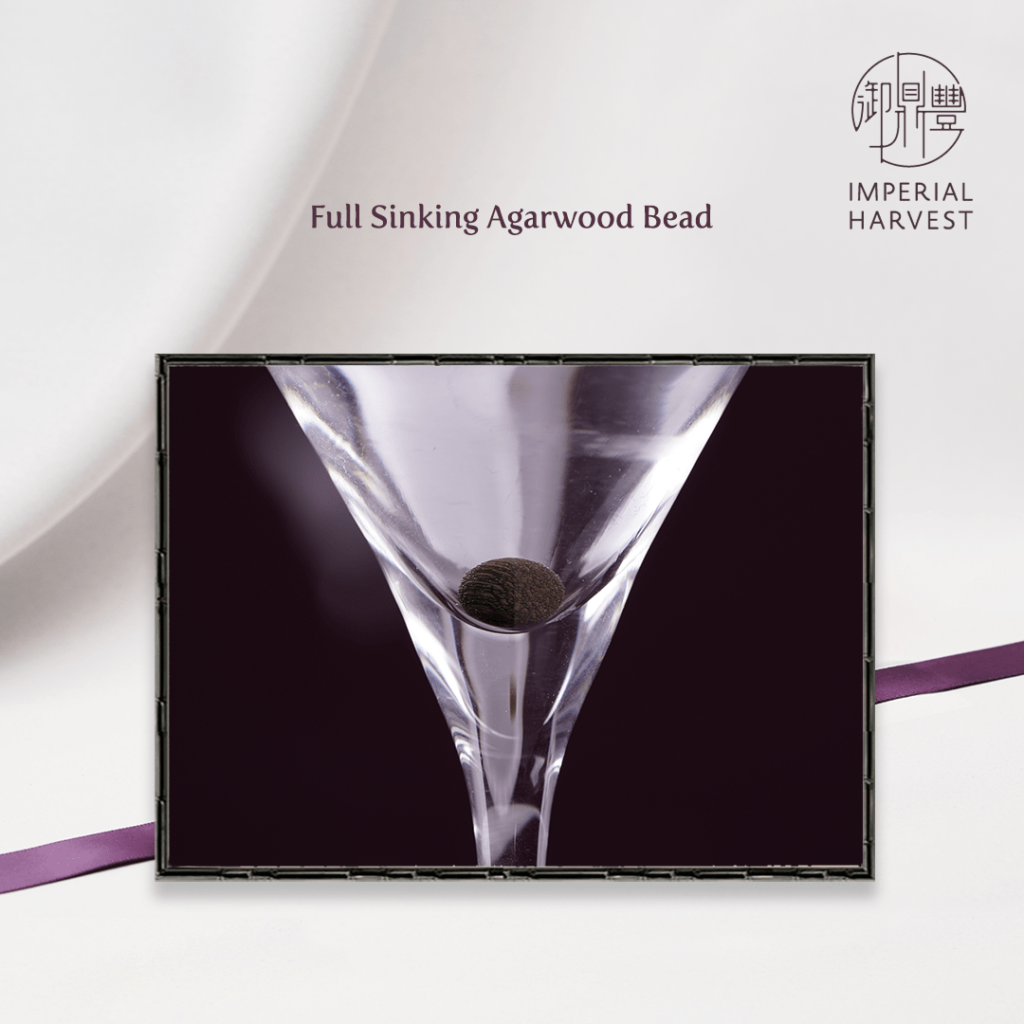 Imperial Harvest boasts only the finest quality Agarwood, where its intrinsic resin is rich and dense. As the density of Agarwood resin affects the degree to which it sinks, we can determine this unique quality through a simple sinking test. Imperial Harvest offers the top 0.1% quality of Agarwood, where each specimen is at least partially submerged or fully submerged when introduced to water. 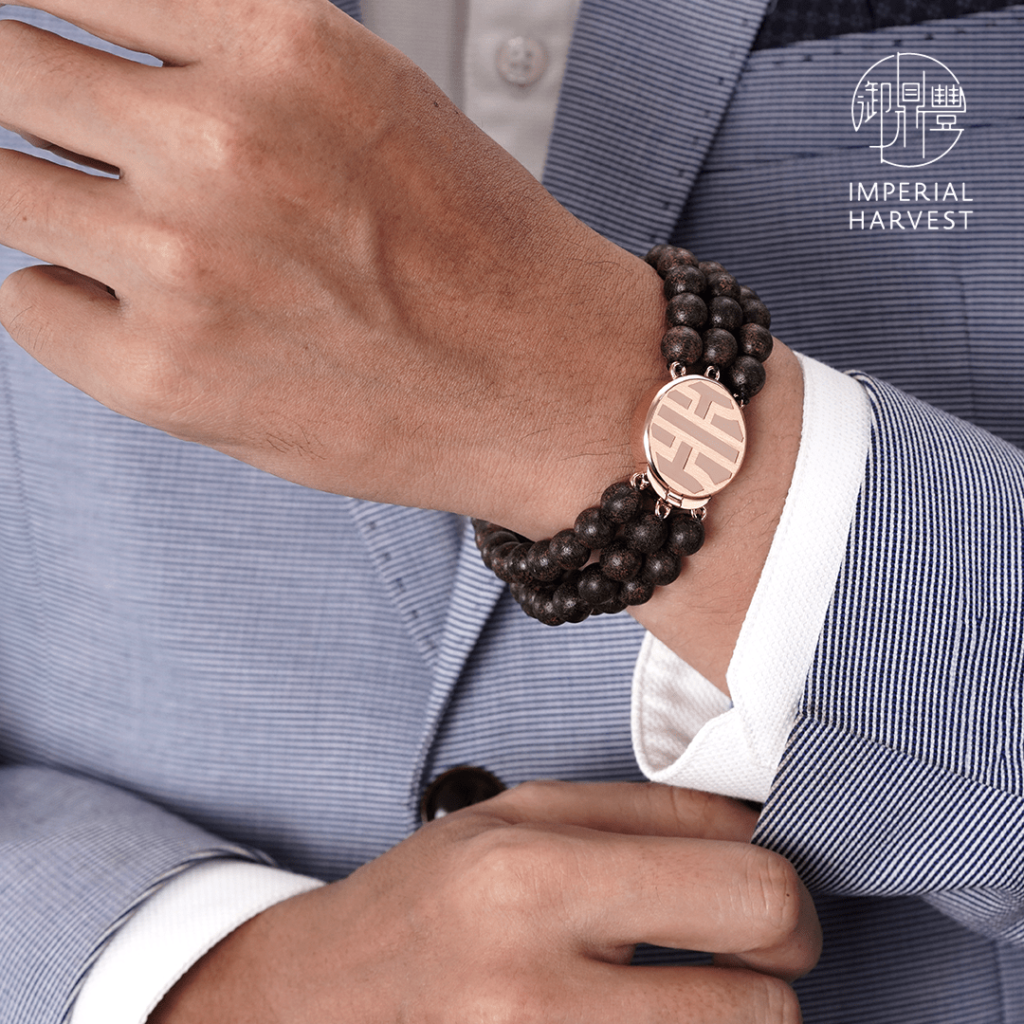 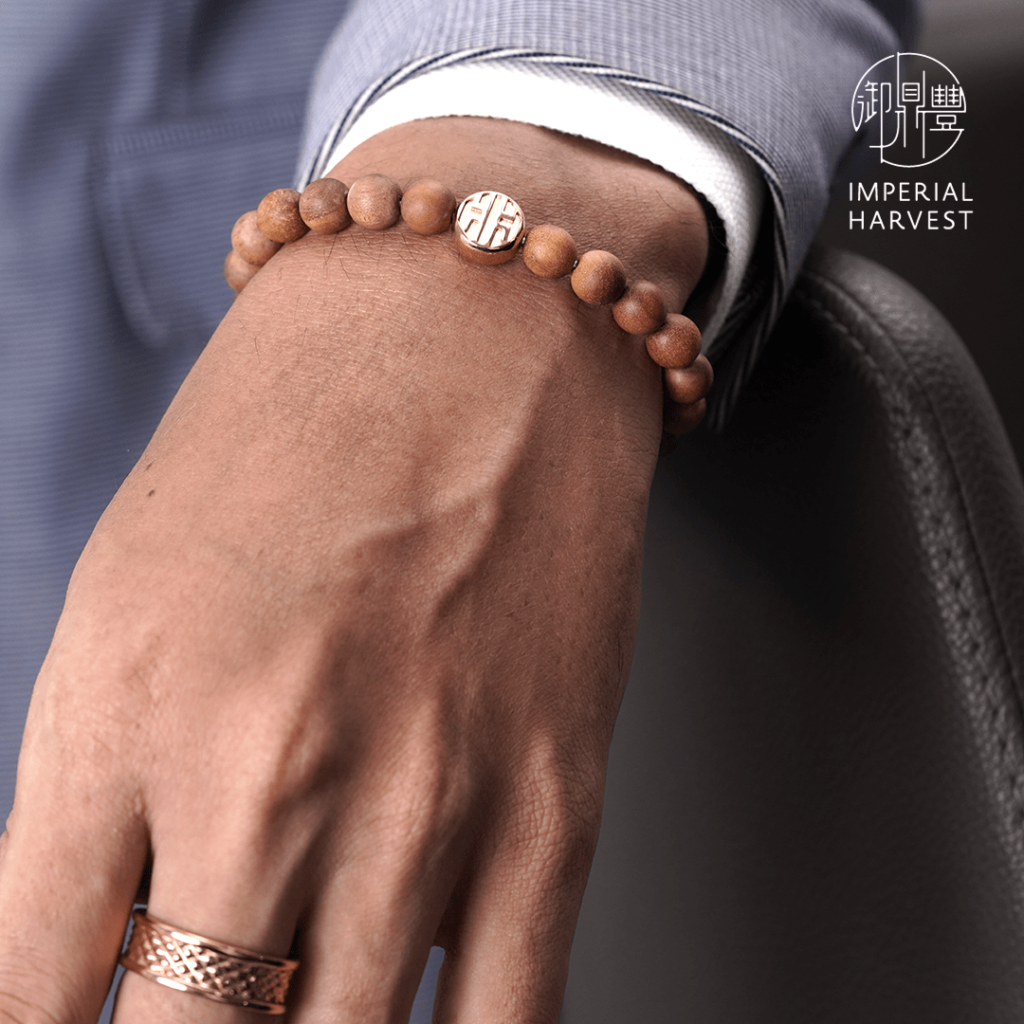 Created from a proprietary blend of gold, copper and silver, the 18K Agarwood charms exude a signature, inimitable blush-pink hue. Each piece features a unique serial number, serving as an affirmation of all that the brand embodies in terms of technical excellence and craftsmanship.

The superlative elegance of each Imperial Harvest Agarwood is the result of strict adherence to the highest quality control standards established by Master David, combined with a series of precise design specifications.

Decoding the science of getting rich – Part 1: Wealth Capacity