Posted by Imperial Harvest on 14 February 2020

To date, many prospective clients who were aspiring to achieve better luck in the new decade and to attain breakthroughs in their lives have always asked this question of Master David and his team of expert consultants.

To better answer this very frequently asked question, we will define Imperial Harvest’s practice; the practice of Imperial Feng Shui.

For generations, many royal families and successful industry movers have been using Imperial Feng Shui to achieve monumental success and breakthroughs.

With the careful study of the Four Pillars of Destiny, Emperor Qian Long and many royal family members have been using Imperial Harvest-grade Jadeites to unlock and unleash the hidden potential of their destiny charts to achieve consistent breakthroughs year after year.

Imperial Harvest is born out of Master David’s steely and unwavering conviction to promote the invaluable science and art of Imperial Feng Shui and has helped thousands of individuals to achieve breakthroughs and success.

In Chinese history, there are five wealth gods, responsible for the stewardship of five different arenas of wealth: career, business, investment, trading and windfall. The Five Wealth Gods design inspirations originated from Master David Goh’s inspirations of Chinese culture and their legendary Gods of Wealth.

These Wealth Gods are the most powerful manifestations of auspicious luck in Chinese culture, and is an essential collection for those aspiring to alter their luck for the better to achieve breakthroughs and successes. The Five Wealth Gods collection is also the perfect Imperial Harvest treasure to begin your success journey with.

Which Wealth God is ideal for my wealth endeavours?

To select the right Imperial Harvest Wealth God Jadeite, Master David Goh and his team of Feng Shui consultants will have to first analyse your Four Pillars of Destiny to identify your personal favourable elements, and identify the most potent favourable element and auspicious colours.

Each of the Five Wealth Gods serves a very specific function. These wealth gods are manifestations of massive auspicious luck and are an essential collection for those looking for rapid breakthroughs in succession throughout their life.

These are the five wealth gods, namely:

Tua Pek Gong is otherwise known as 福德正神(Fu De Zheng Shen). According to legend, Zhang Fu De was a top government official during the Zhou Dynasty who was in charge of taxation, a position similar to the Minister of Finance in modern times. 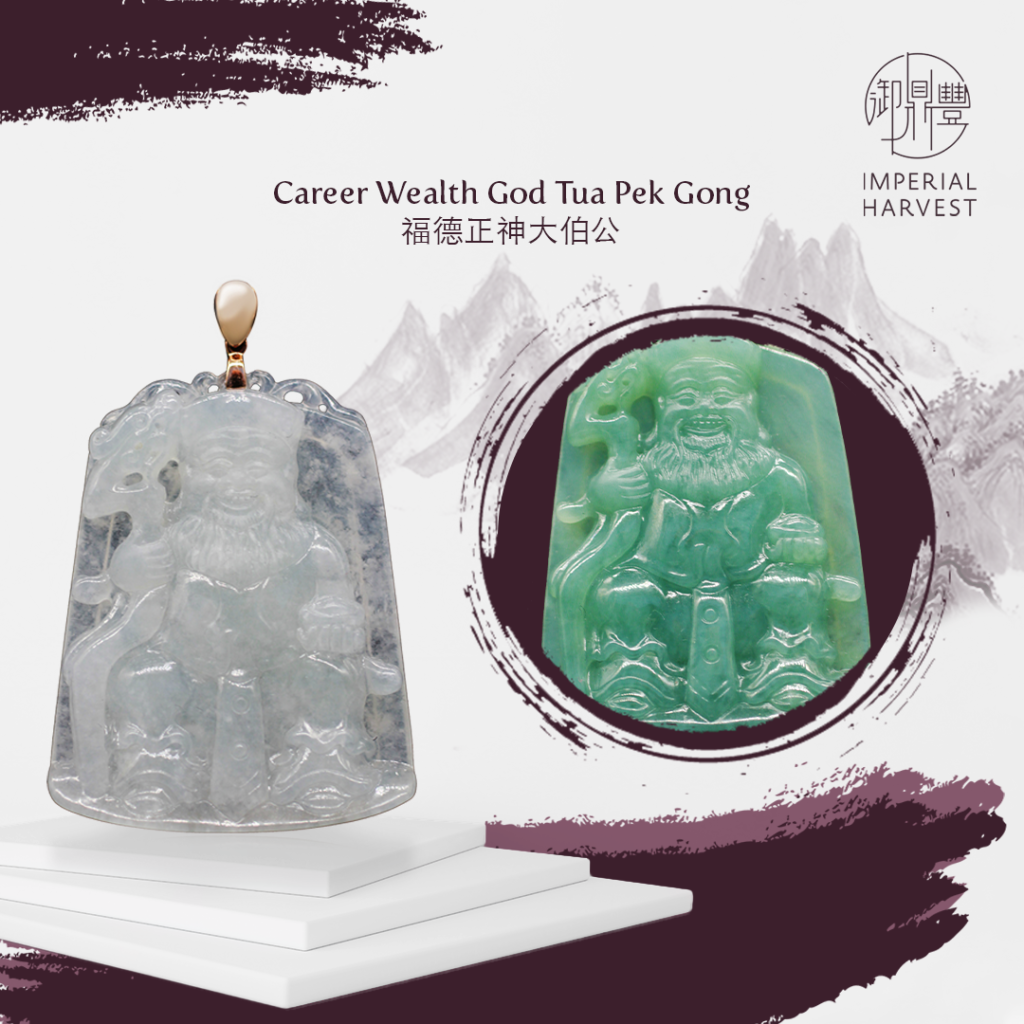 Tua Pek Gong is one of the most powerful wealth gods. He uses the powerful Jadeite Dragon Scepter (玉龙杖) to command power and authority for its destined owner. He also helps to ward off all malefactors to enable you to have smooth-sailing work and consistently achieve high-performance ratings.

Guan Gong was a general serving under a famous warlord Liubei (劉備) towards the end of the Eastern Han Dynasty, known for his undying conviction to restore the glory of the Han Dynasty. Being the Business Wealth God, Guan Gong is in charge of the business and sales of the human realm. 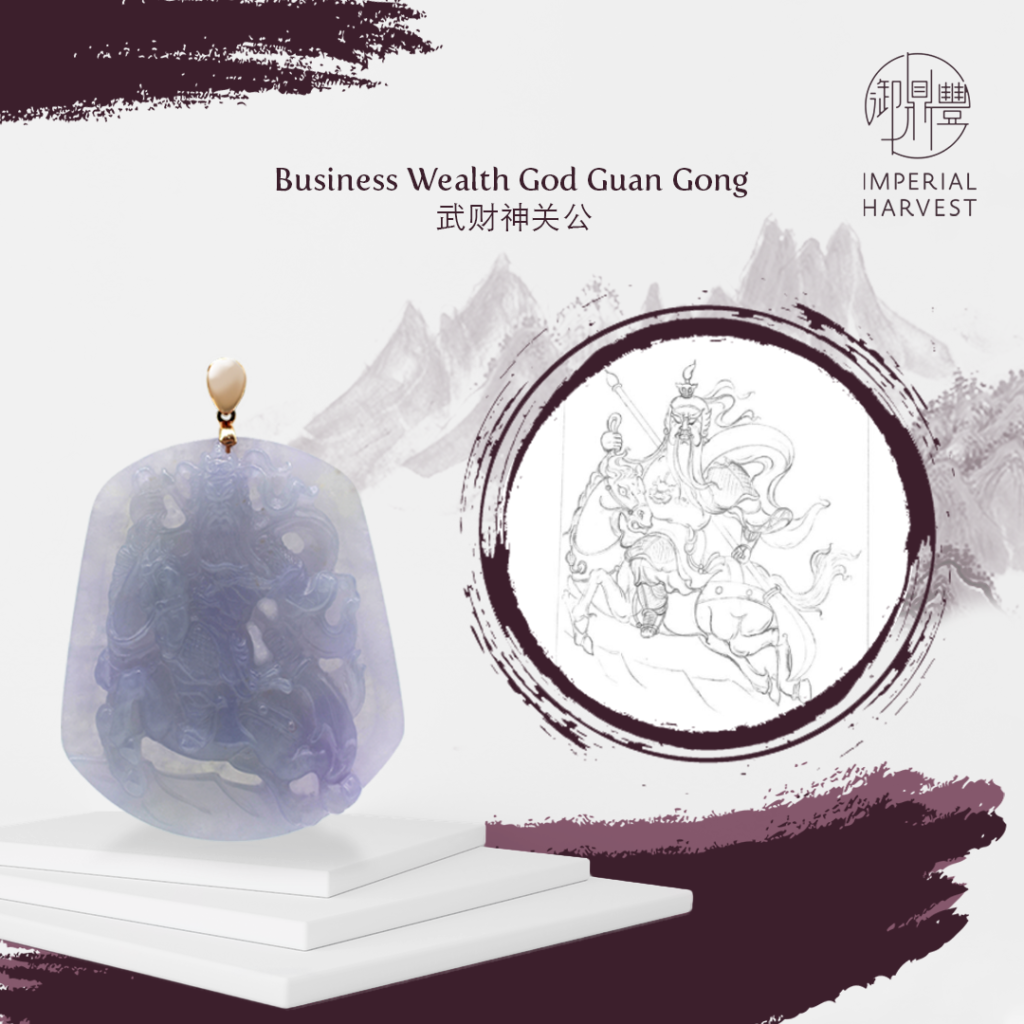 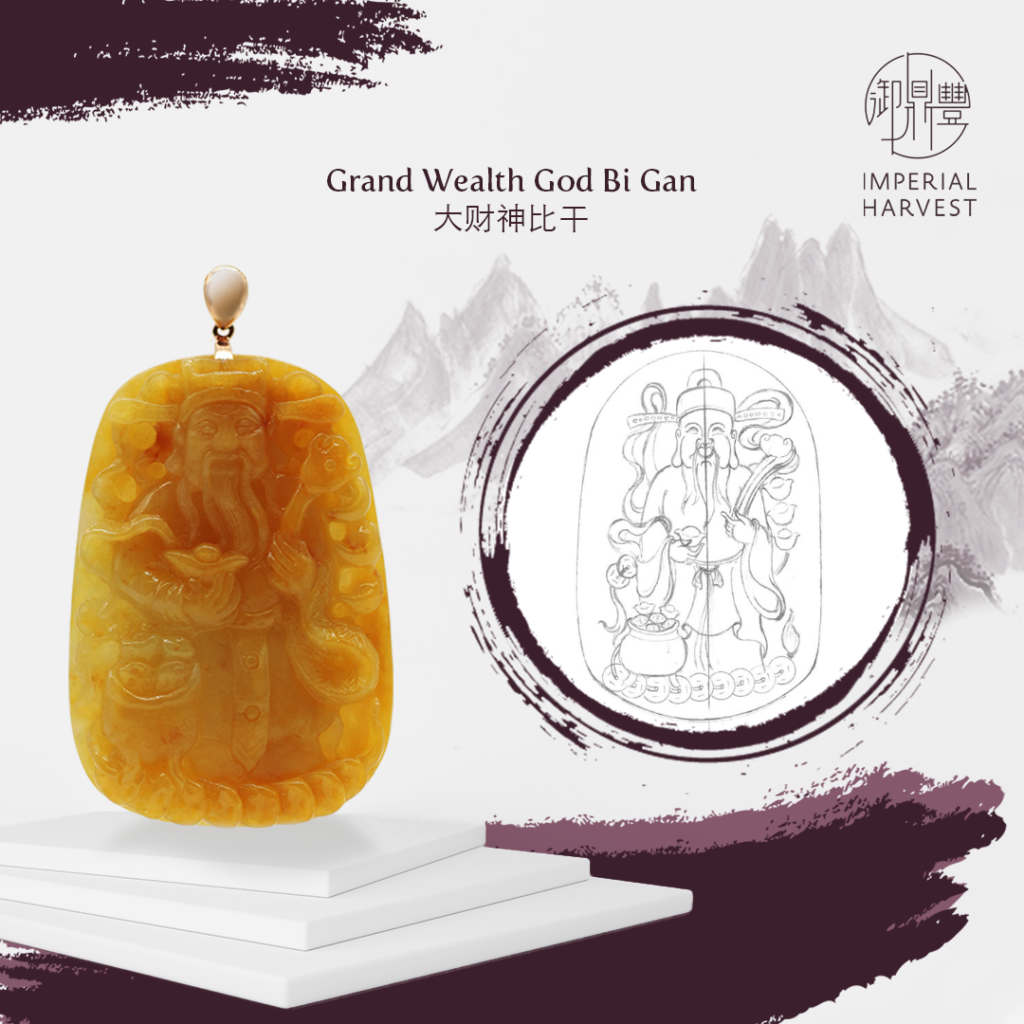 According to legend, Zhong Kui is born with a panther-like head, round and big piercing eyes and a curly beard. As an academically gifted young man, he went on to top the Imperial Civil Examination. Windfall Wealth God Zhong Kui is in charge of windfalls and the indirect wealth of the human realm. 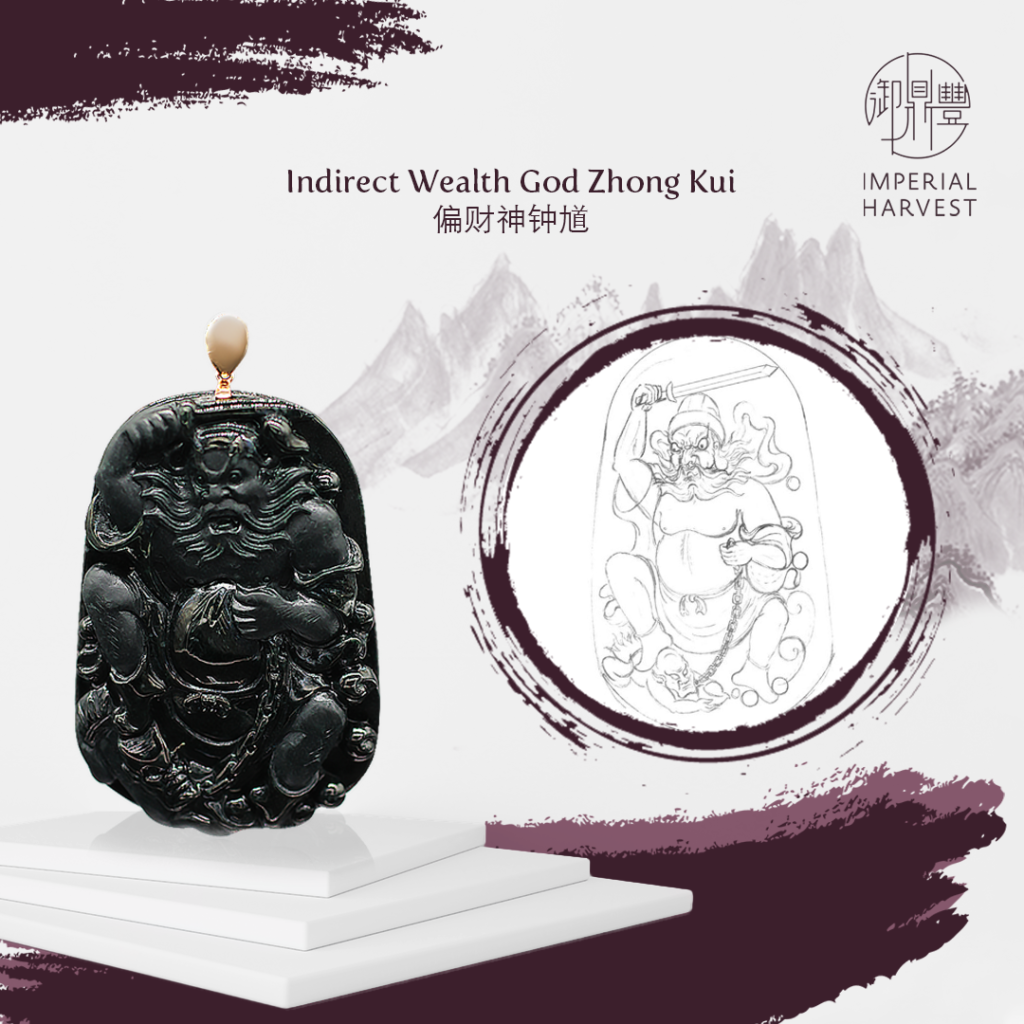 As the grand indirect wealth god, Tua Di Ya Pek is the most closely guarded Feng Shui secret used by our clients working in top proprietary trading companies and investment management companies.

Tua Ya Pek is the figure in the background. He holds the tablet that bears 发财 (Prosper) to command the arrival of massive fortunes to accelerate the massive and consistent growth of its destined owner’s financial portfolio, navigating the treacherous financial markets.

For investors and traders who wish to grow their financial portfolio, this is a lifetime luck multiplier to grow your wealth and success.

Perfect Symphony of Wealth and Elegance

A wide array of fine carving and intricate polishing techniques, passed down through generations, enrich the brilliance and aesthetics of an Imperial Harvest Treasure.

While many jadeite retailers have abandoned the art of hand-carving to pursue machine-cut jadeites, Imperial Harvest has remained steadfast in her pursuit of the utmost standards in Imperial Feng Shui.