490 years of Summer Solstice Celebrations at the Temple of Earth

This year, the Summer Solstice falls on 21 June, marking the peak of Summer.

During the Ming and Qing dynasties, generations of emperors patronised the Temple of Earth to offer sacrificial offerings to the God of Earth annually. It was believed that such ritual worship during the Summer Solstice would usher abundance, prosperity and growth into the kingdom. 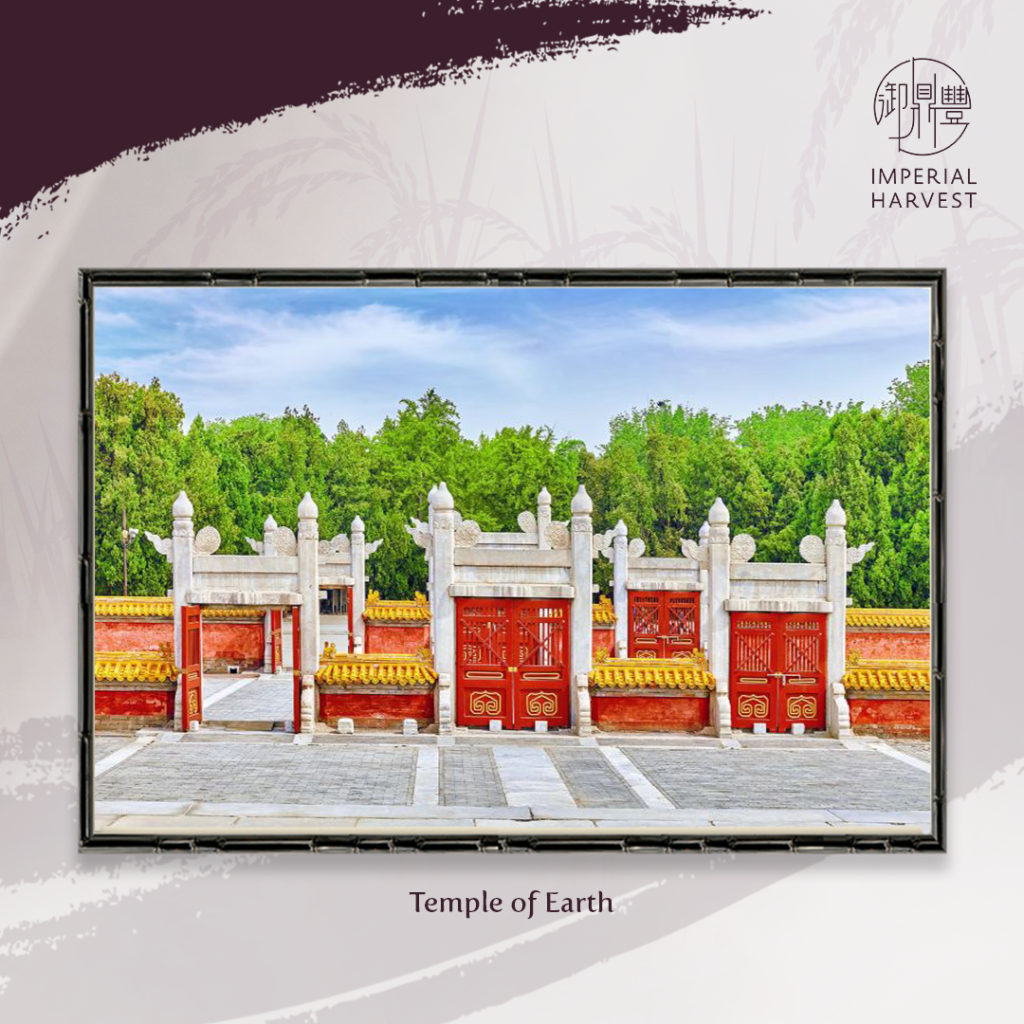 In 2021, Imperial Harvest is proud to present the All-New Bliss of Harvest Jadeite Rings: Temple of Earth Edition to commemorate 490 years of Summer Solstice celebrations at the Temple of Earth.

The Temple of Earth 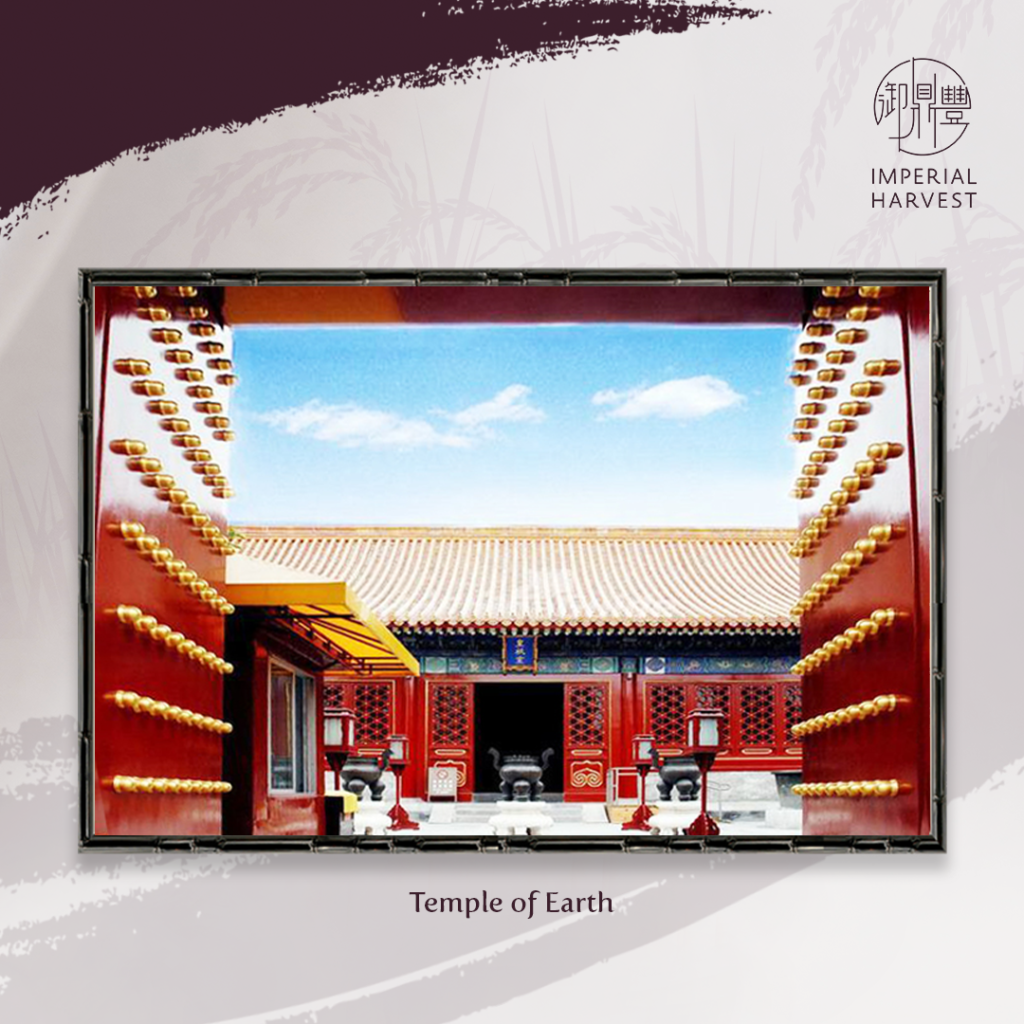 The second largest of Beijing’s four temples, with a long legacy of Chinese dynastic history since the Ming Dynasty, the Temple of Earth is one of China’s most important historical monuments.

Together, the four temples form the quarternity of sacred sites for ritual worship by the reigning Emperors of China.

The locations of Temple of Heaven and Temple of Earth are determined based on the arrangement of Early Heaven Ba Gua.

Hence, the Temple of Earth (地坛)’s location in the north of Beijing pays homage to Earth’s association with the north direction.

Fangze Temple – the Main Architectural Complex in Temple of Earth 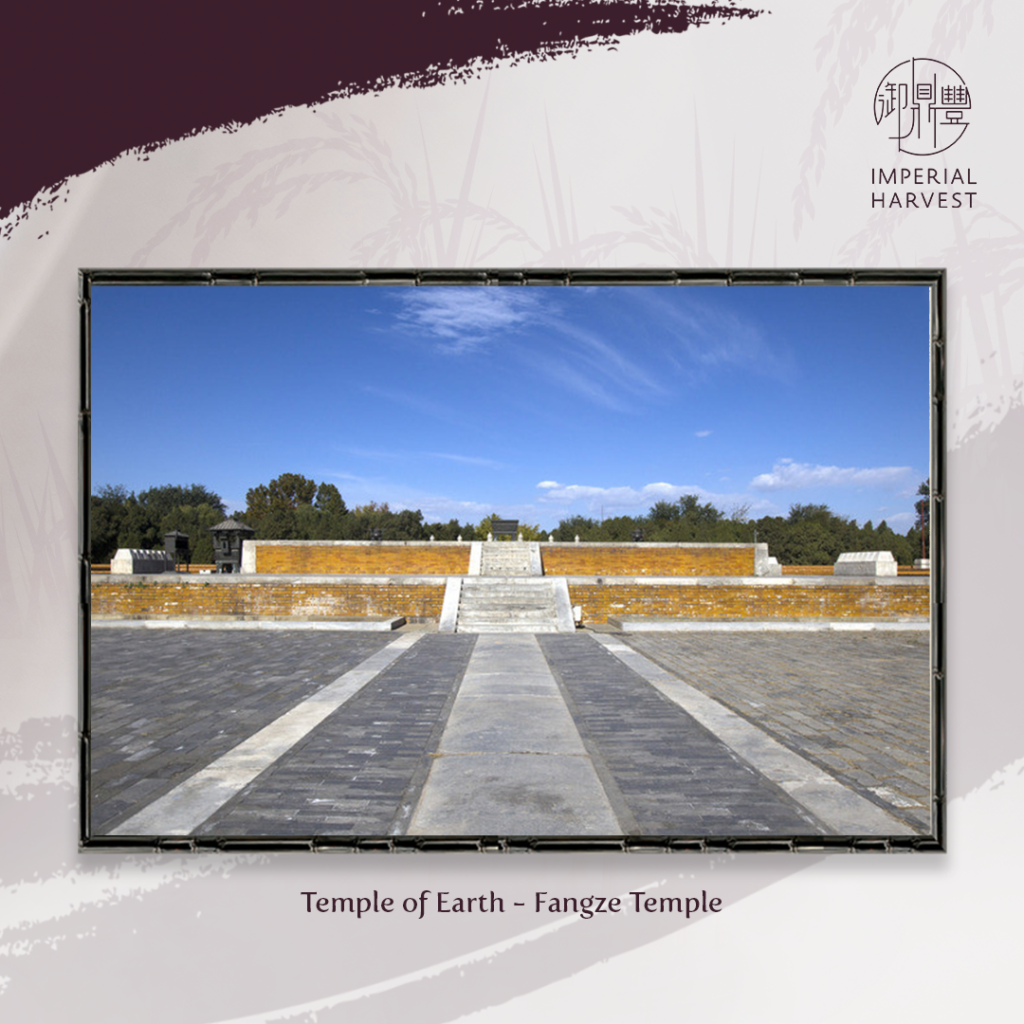 The main temple altar, the Fangze Temple, was designed for the offering of sacrifices to the God of Earth.

Covering almost 18,000 square metres, Square in shape and circled with water channels, the Fangze Temple is emblematic of the Chinese belief of “天圆地方” (literally translated into “Round Sky, Square Earth”).

Today, the water channels are drained, but remain symbolic of the Temple of Earth’s status as a sacred site of prayer for bountiful harvests.

Every single one of the Temple of Earth’s main buildings are uniformly circled with square walls, true to Imperial Chinese tradition.

A homage to the magnificent architecture of the Temple of Earth, the All-New Bliss of Harvest Rings are exquisite works of wearable art that captures Master David’s progressive conventionality. 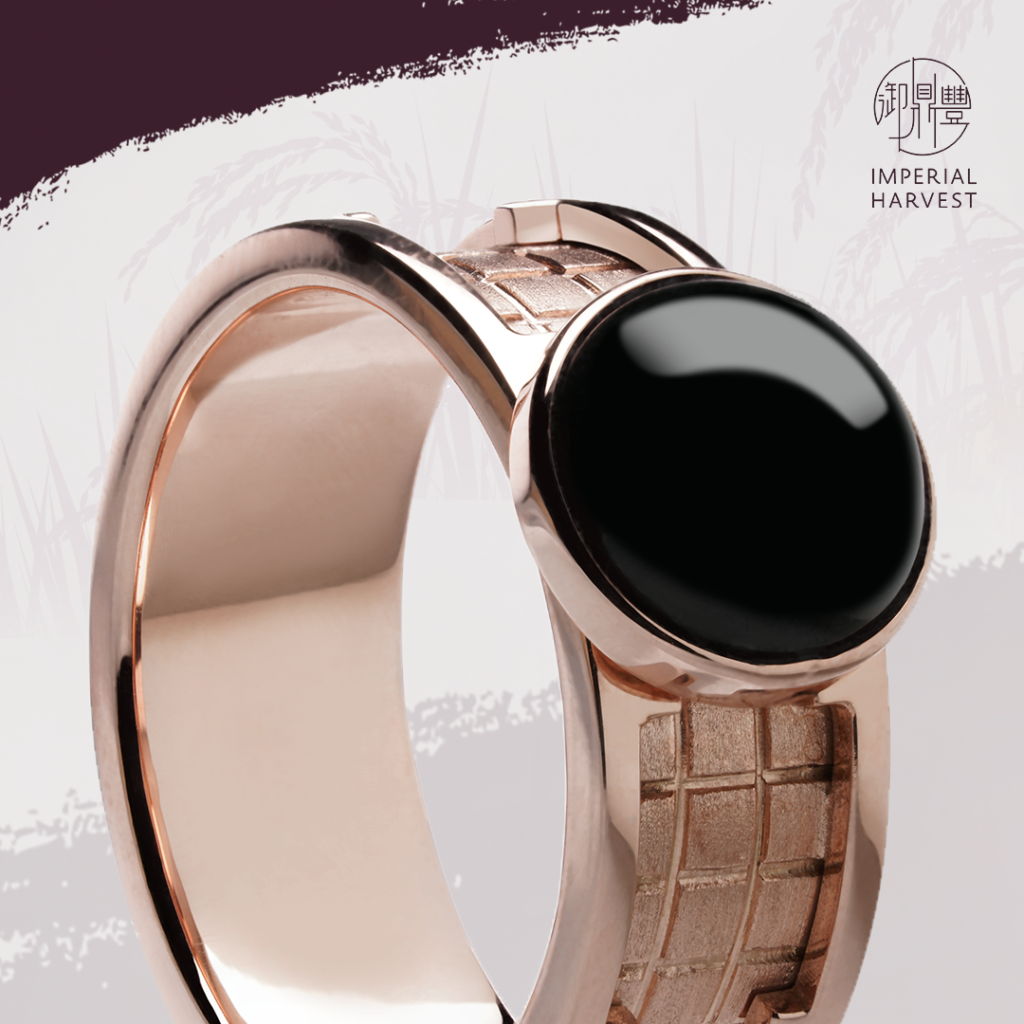 A skilled engraver carefully uses a burin to engrave the square tiles with a technique known as tremblage, giving the surface a fine, granular finish.

Tremblage engraving is a technique where the burin is applied in multiple different directions to achieve the natural tile texture. 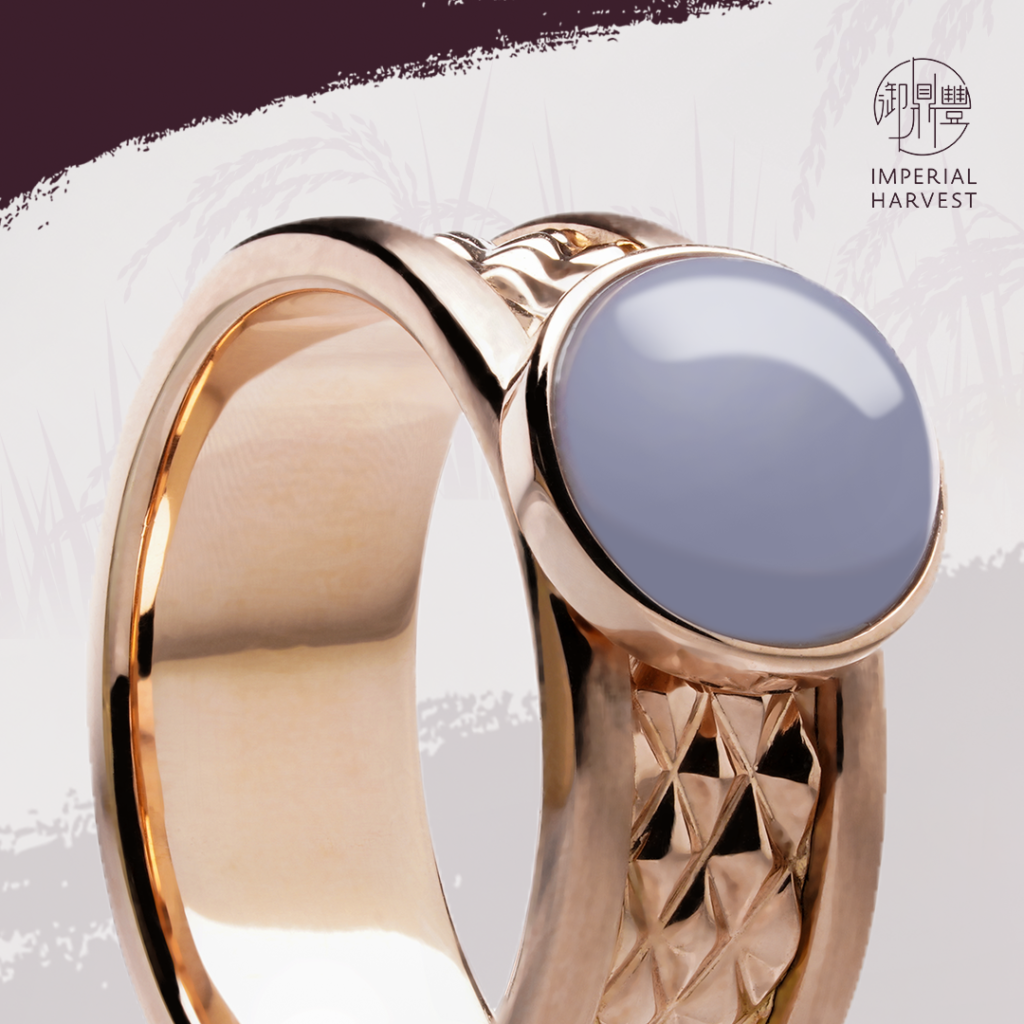 Design notes: Featuring a guillochéd hobnail pattern also known as Clous de Paris. The small pyramid knobs with a square base bears strong resemblance to the roof of the Temple of Earth. Hand-polished to create an immaculate satin-brush and mirror-polish contrast.

The guillochéur, personally engineers the process by turning the cranks of the tools to rotate and orientate the ring, while applying various amounts of pressure to advance the ring against a cutter for it to be cut and to determine the depth and consistency of the engravings. This process is both very time-consuming and requires utmost focus. Even the slightest wobbling of the hand will desecrate the ring.

Today, the art of manual guilloché is endangered in contemporary watchmaking, only being preserved by a few brands such as Patek Phillipe. 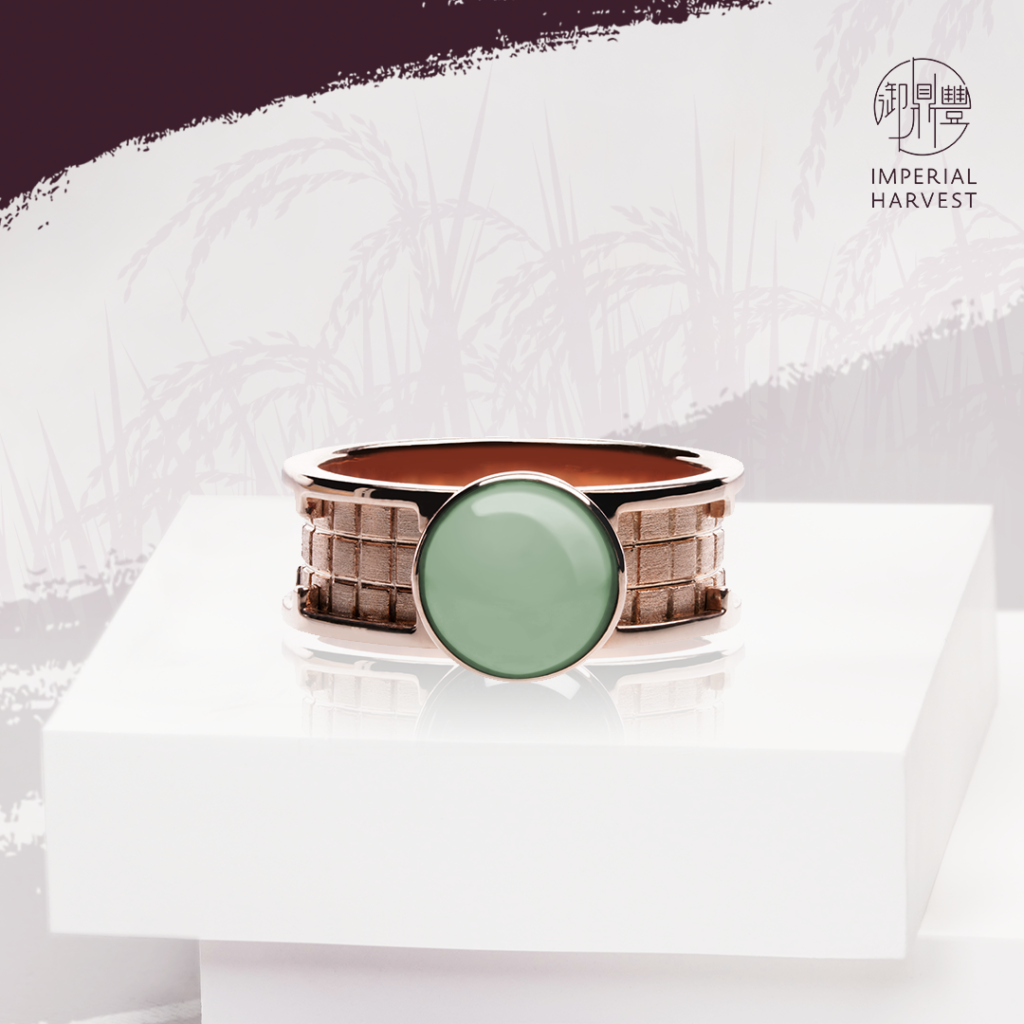 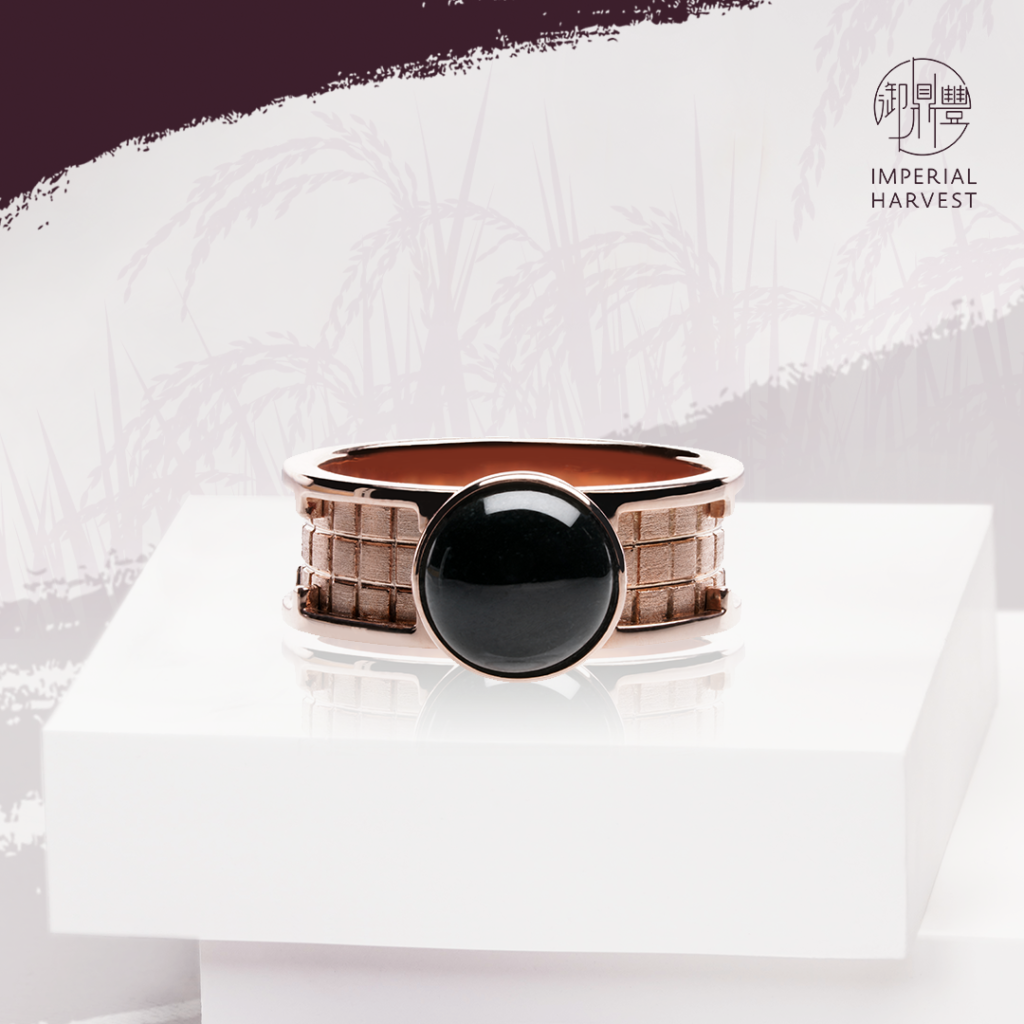 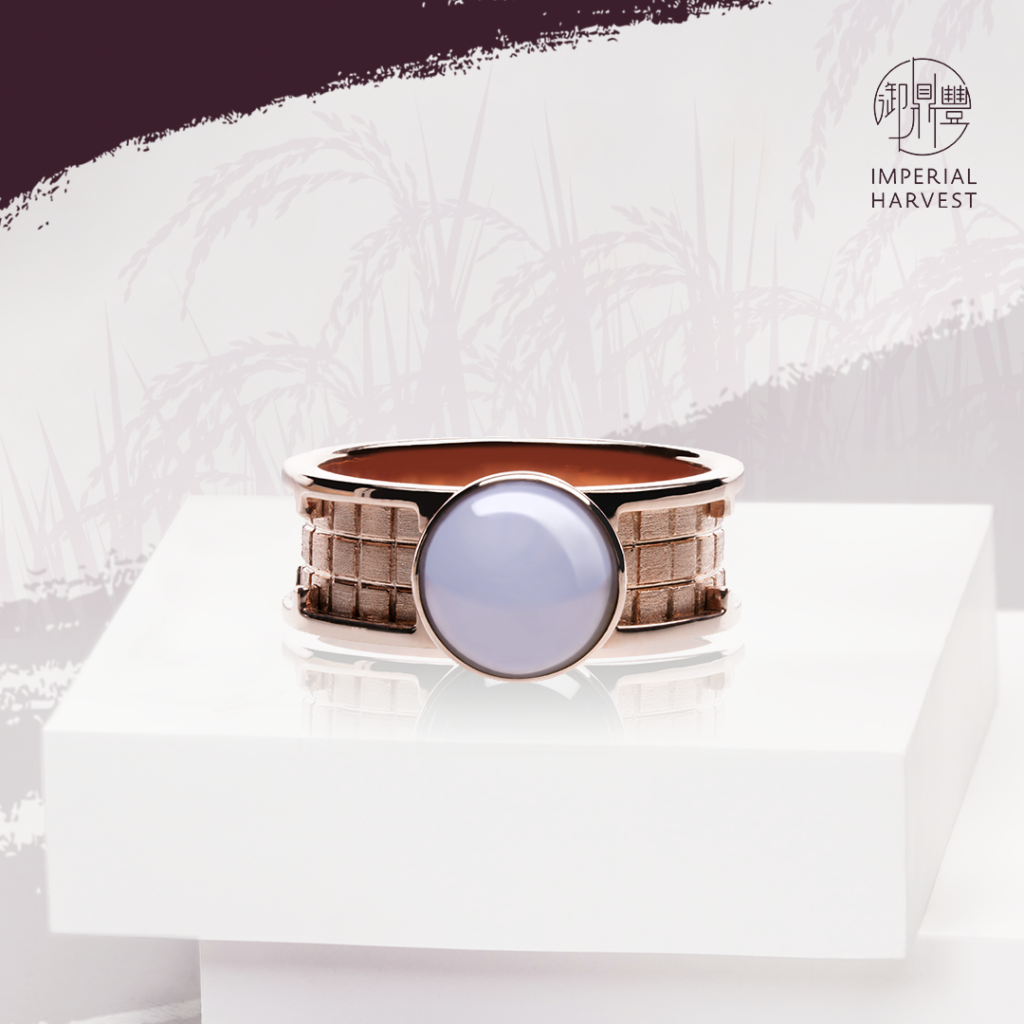 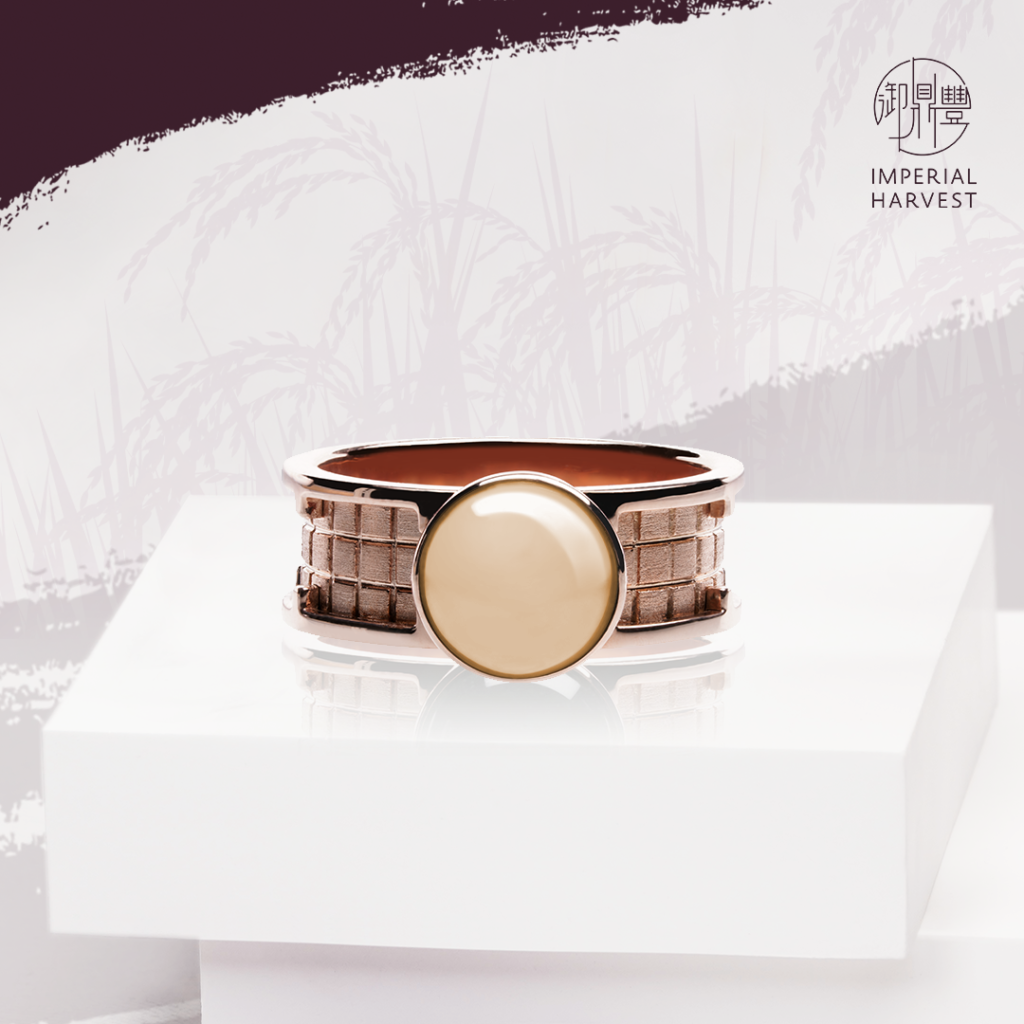 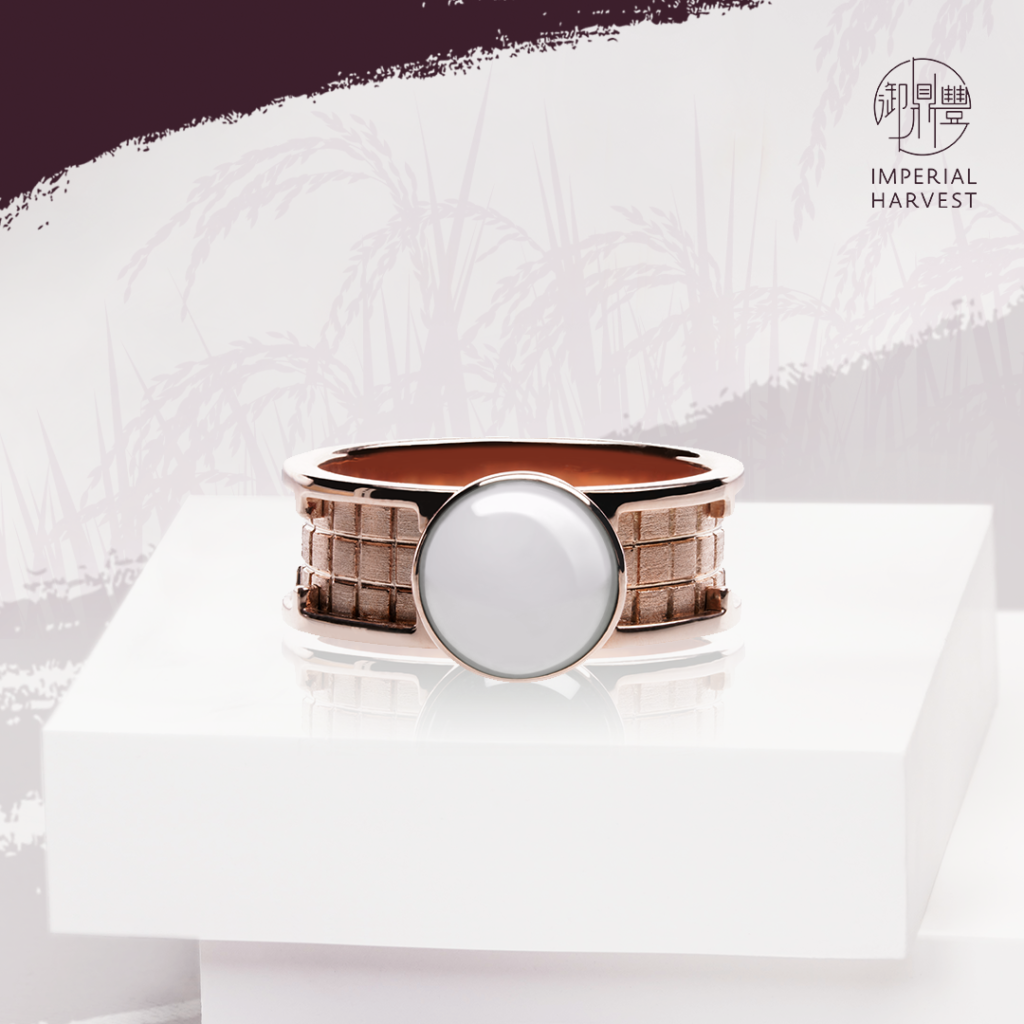 With every Imperial Harvest Jadeite cabochon hand polished to a luminous high-shine, the centrepiece of every ring contributes to its sleek silhouette.

Enter into a world of new beginnings with the Imperial Harvest All-New Bliss of Harvest Rings: Temple of Earth Edition this Summer Solstice.

Summer: The Season of Abundance

The All-New Bliss of Harvest Rings: Temple of Earth Edition