Posted by Imperial Harvest on 07 October 2022

Wealth capacity is a crucial factor in our financial and business success. With enhanced wealth capacity, individuals are able to grow and scale their business and career pursuits or generate steady streams of income to generate exponential growth in their financial portfolios.

Indirect wealth encompasses the income that individuals are able to attain from their investments, trading and other supplementary sources of income. For example, a full-time teacher who invests in property would derive their indirect wealth from these investments. Indirect wealth could also stem from windfalls — unexpected wealth acquired from infrequent sources such as an inheritance, or timely training decisions.

One of the most important verses in Imperial Feng Shui classics states, “山管人丁，水管财”, which translates to “Mountains govern benefactors, authority and harmony, while Water governs wealth, opportunities and intuition.” From this classic verse, we are able to discern the importance that the activation of auspicious water stars brings to our financial abundance and prosperity. 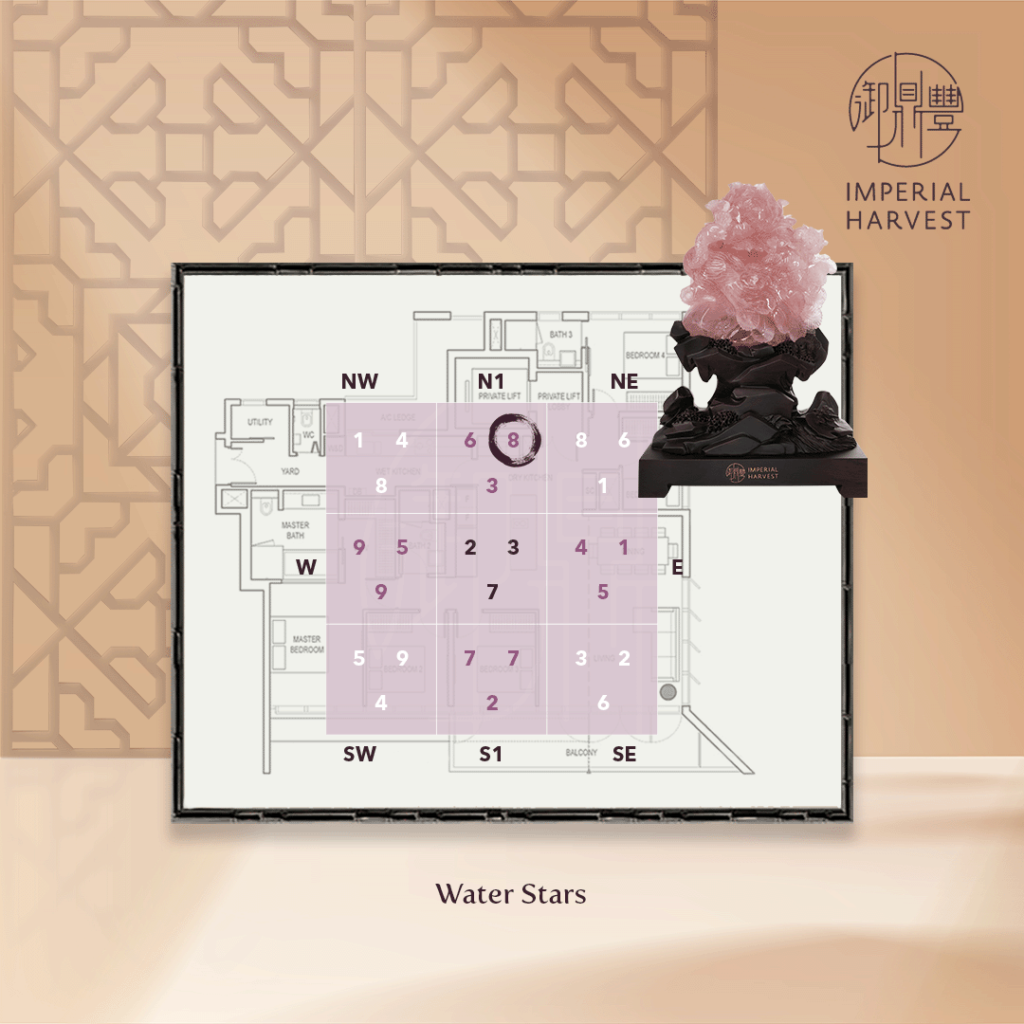 Water, presenting the image of a flowering river, bears auspicious connotations with wealth. This image suggests an influx of wealth and smooth-sailing success in an individual’s personal and professional endeavours.

Innovation from the Qing Dynasty: Activating the Water Star

During the Qing Dynasty, Imperial Feng Shui masters faced a fundamental challenge: it was economically unfeasible and technically challenging to orientate and construct imperial structures to leverage the water stars, which shifted positions every 20 years when the Feng Shui period changed. Their solution was a practical and ingenious one, allowing these eminent Imperial Feng Shui masters to harness auspicious water landforms, such as rivers and lakes. 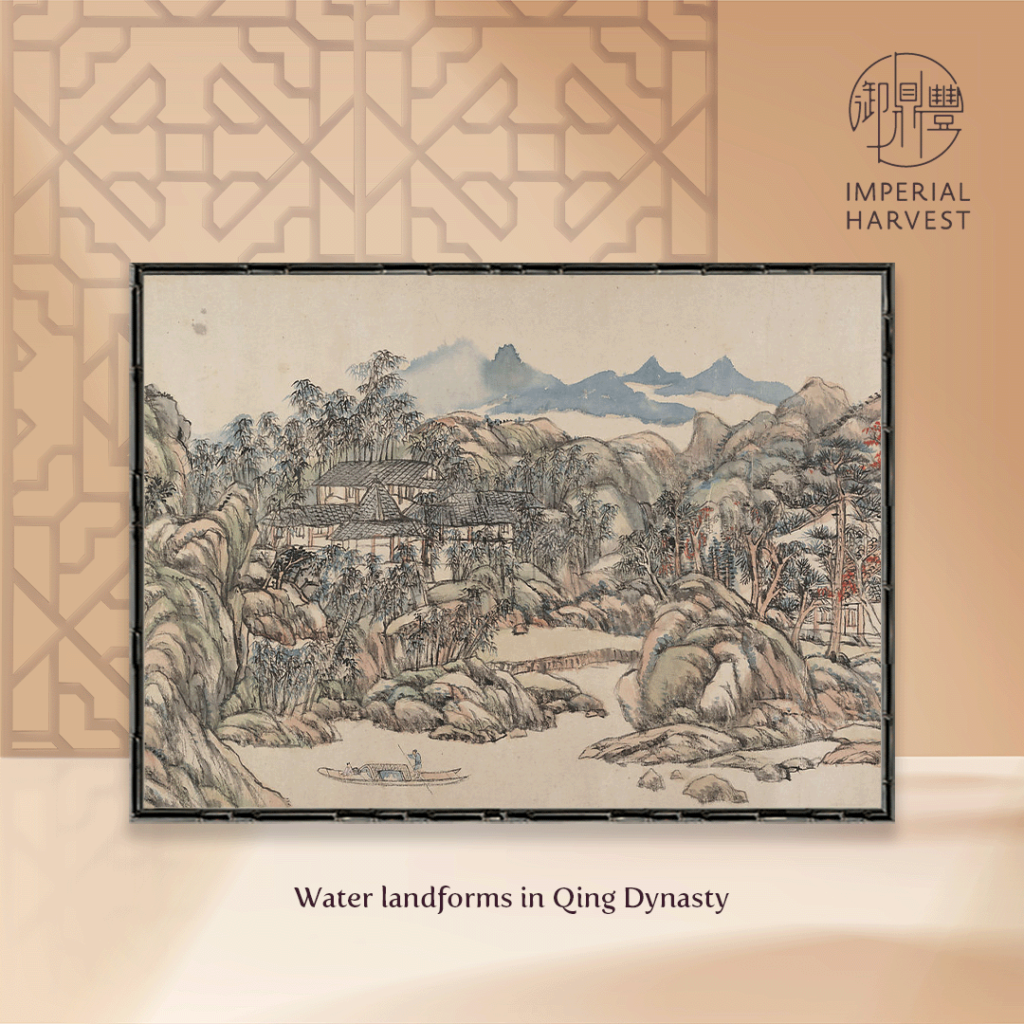 As a steadfast advocate for Imperial Feng Shui, Emperor Qian Long understood the importance of the water star and its wealth-prospering properties. Emperor Qian Long installed Imperial Harvest-grade crystals around the Forbidden City, thereby catalysing the growth and prosperity of the Qing Dynasty. His eminent leadership and advocacy for this noble art ushered in an age of immense wealth — defined by robust economic development, military advancements, agricultural success and a boom in social harmony and stability.

Based on Imperial Feng Shui principles, the water stars in living and work spaces are activated with the installation of Imperial Harvest-grade Crystals — the same grade once utilised by Emperor Qian Long and the Qing imperial court.

Today, our blessed clients are able to activate the water star in their living and work spaces with Imperial Harvest crystals. A cut above the rest, the Imperial Harvest Crystal collection is a contemporary embodiment of the Imperial Feng Shui traditions that flourished under Emperor Qian Long’s watchful eye during the Qing Dynasty, utilising the same grade of crystals used by Emperor Qian Long himself.

In both home and office settings, the water stars must be activated for their occupants to leverage their properties and maximise their wealth prospects. In doing so, it empowers its occupants with the capabilities to attain their financial goals, ushering in boundless wealth and prosperity.

The proper installation of Imperial Harvest Crystals in homes and offices allows its occupants to overcome their adversities, establishing them as key and influential figures in their respective industries. Today, the Imperial Harvest Crystal collection adorns the homes and offices of many esteemed clients — a key proponent in their financial success. 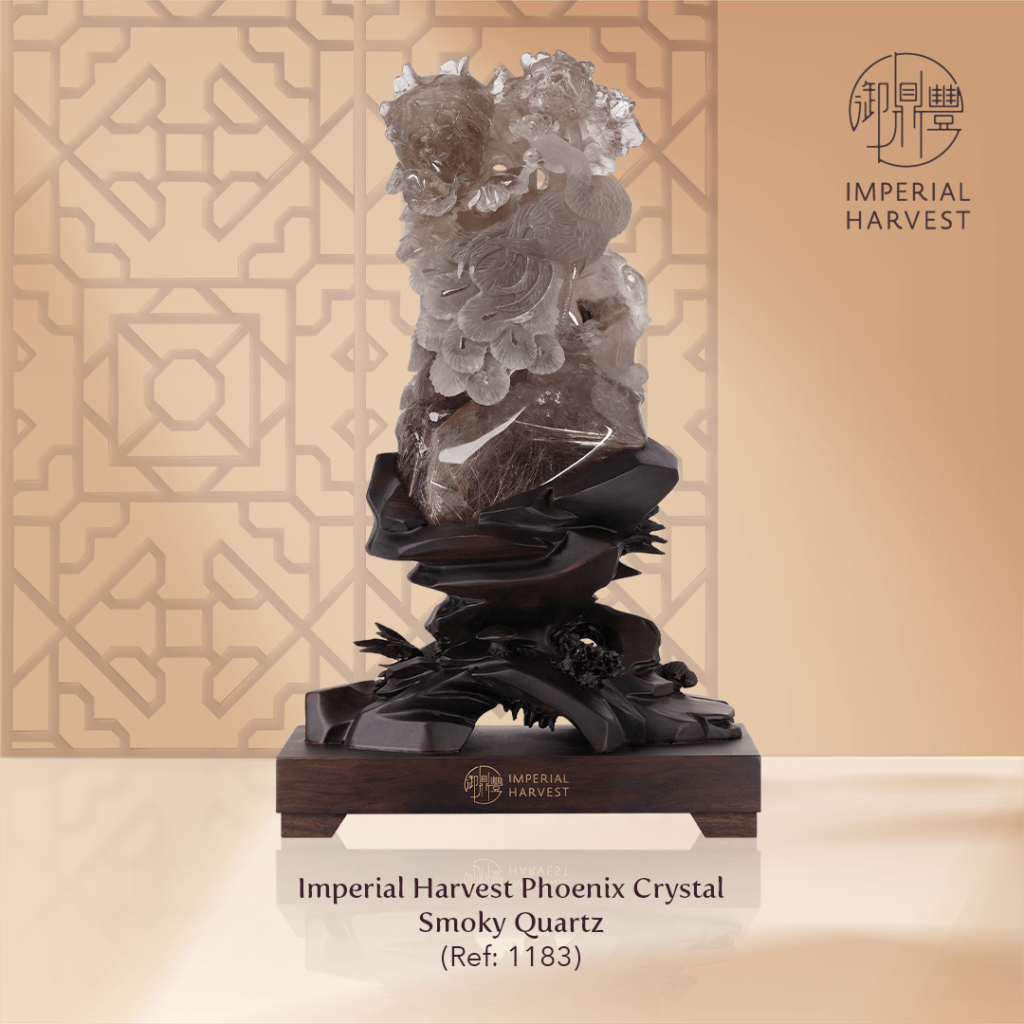 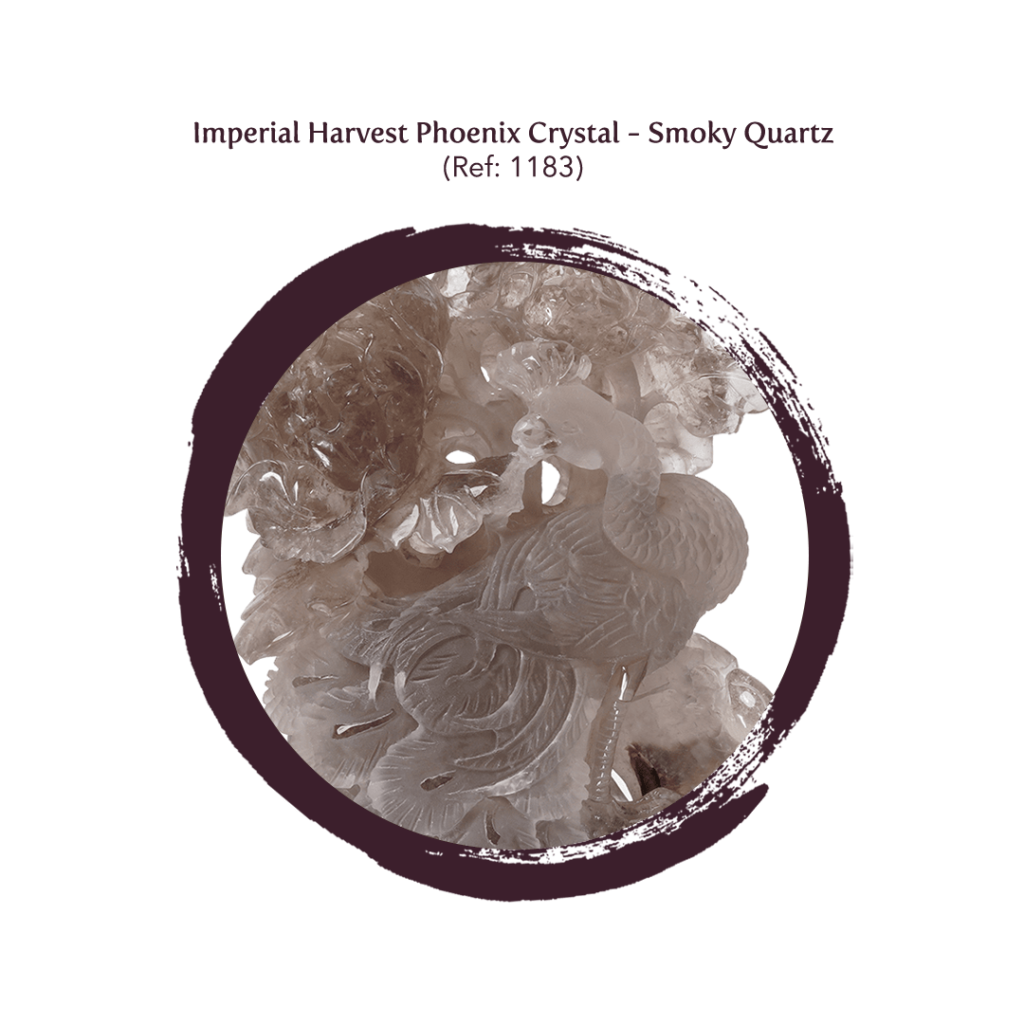 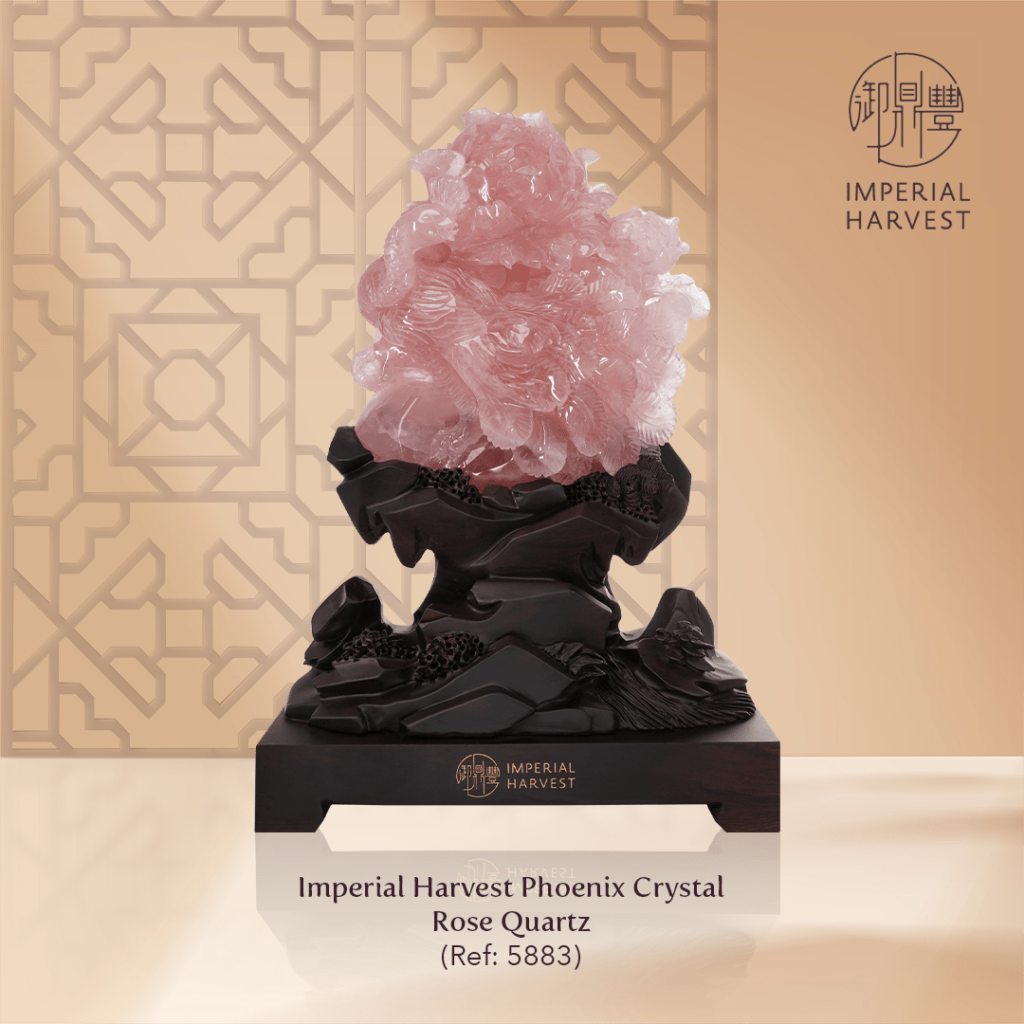 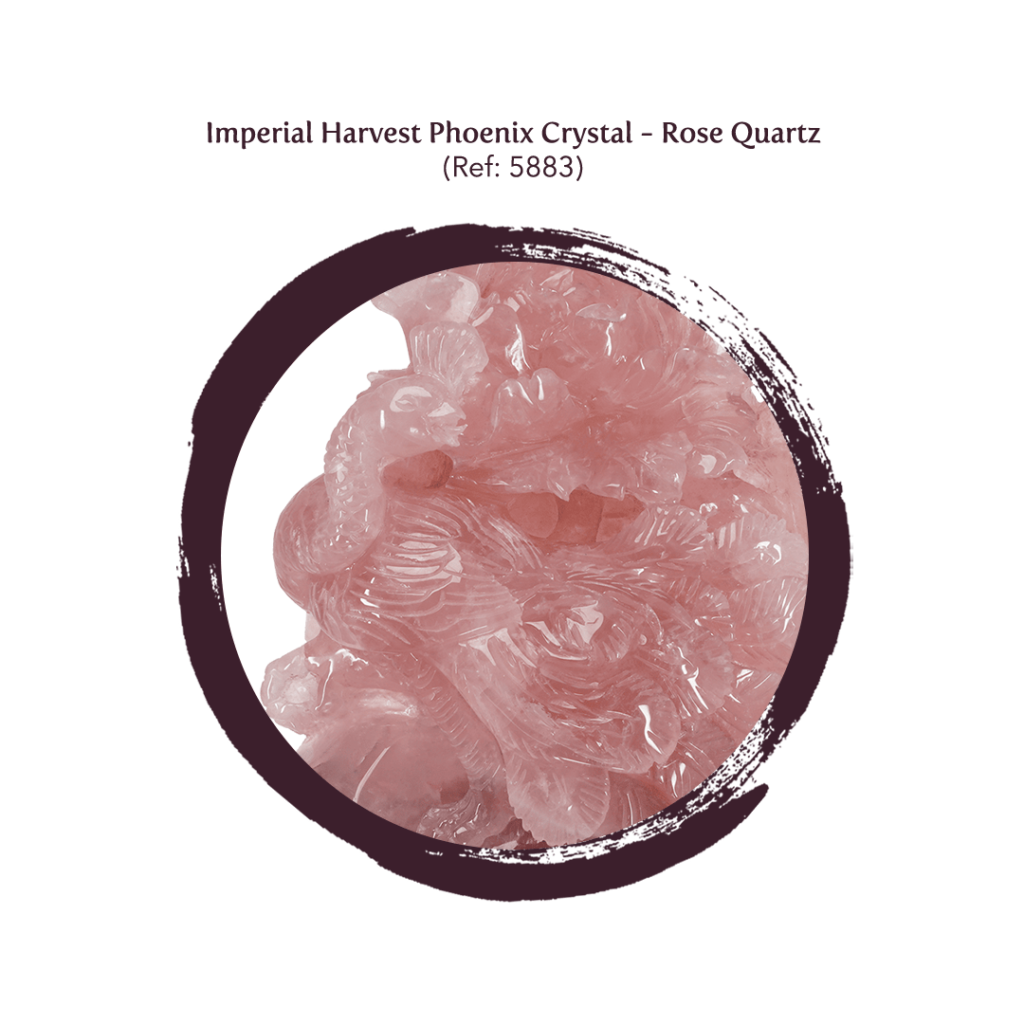 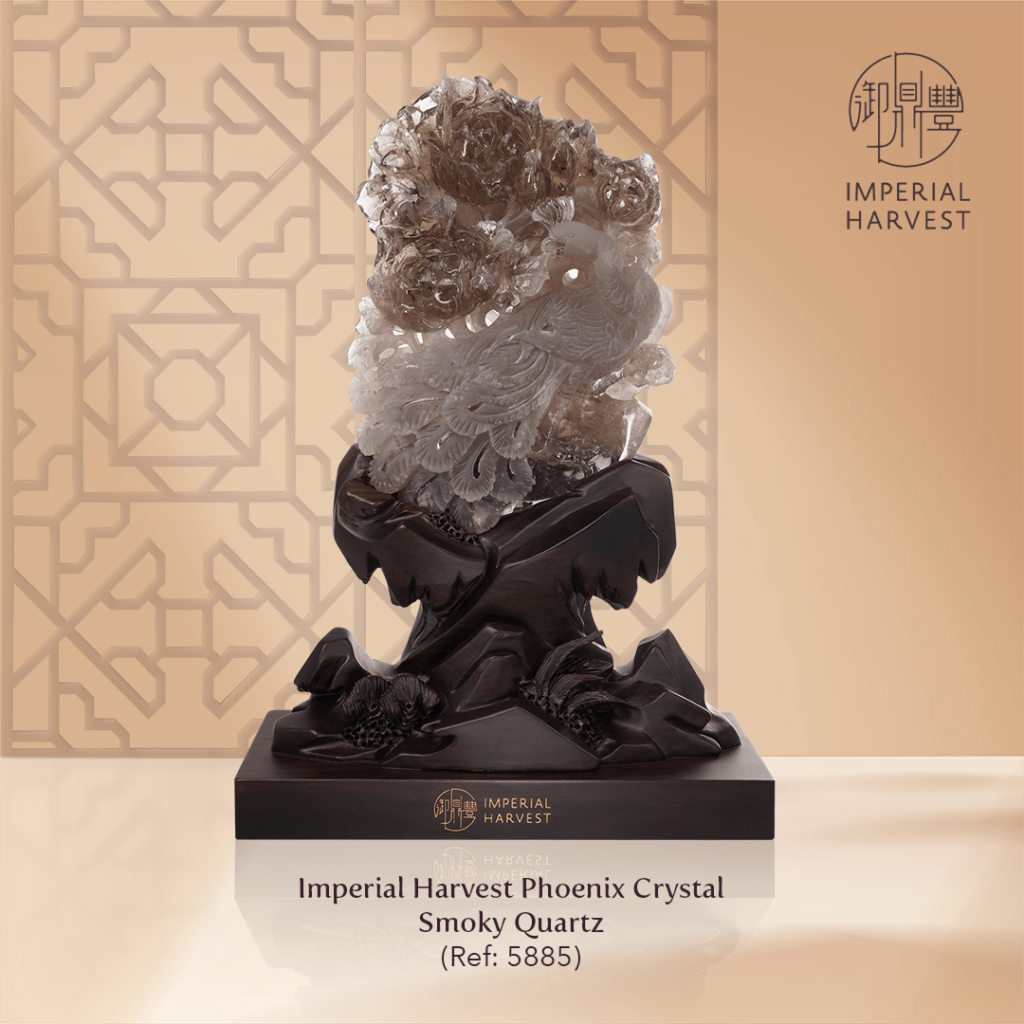 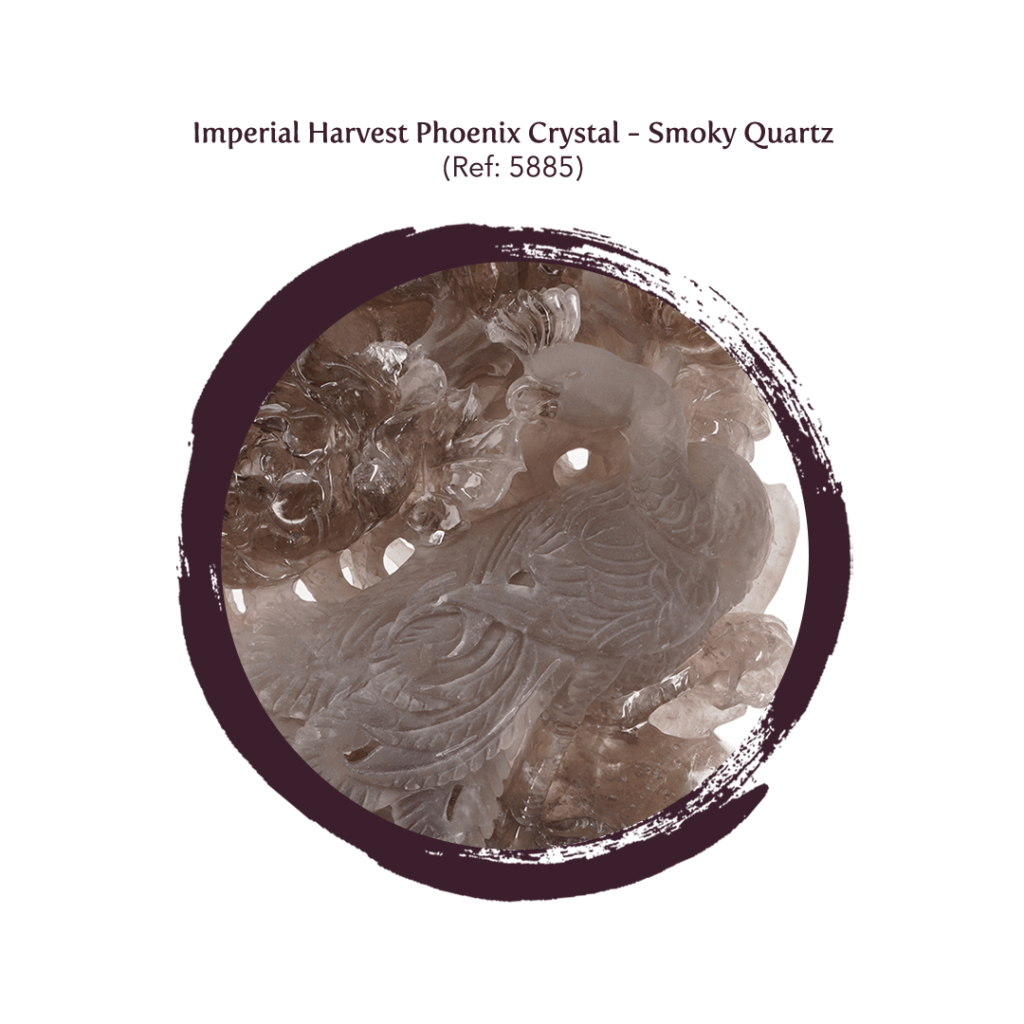 Resembling cultural depictions of the mythical phoenix, the featured Imperial Harvest Crystal treasures are symbolic of the prosperity ushered in by the phoenix. According to Chinese mythology, the phoenix is an emblem of good fortune, prosperity and an abundance of opportunities. In ancient China, these magnificent creatures were classic Imperial symbols of power representing the heavenly power bestowed upon Chinese empresses. The phoenix is a natural counterpart to the imperial dragon — this formidable pair of mythical creatures convey a yin-yang representation of balance, with the phoenix aligning with yin energy.

Imperial Harvest honours the world’s finest crystals with the most impeccable craftsmanship, allowing them to shine as a work of art. From conceptualisation to completion at the hands of skilled gemstone artisans, each Imperial Harvest crystal undergoes extensive manual carving and detailing, before being expertly finished by hand.

The conceptualisation of each Imperial Harvest crystal begins with meticulous work to determine and finalise its design. These designs are then sent to our state-of-the-art workshops, where our artisans cut and carve these fine crystals according to Master David’s vision. These crafting processes are carried out entirely by hand by dedicated artisans, wielding a multi-generational lineage of skills in gemstone crafting — imbuing each Imperial Harvest crystal with inimitably detailed elements.

3 Things You Need To Know About Imperial Harvest Crystal Collection