Posted by Imperial Harvest on 16 September 2022

“山管人丁，水管财”, is a well-cited principle in the study of Imperial Feng Shui that translates to “Mountains govern benefactors, authority and harmony, while Water governs wealth, opportunities and intuition”. This principle reiterates a critical factor in Imperial Feng Shui — balance is the key to achieving success in life.

As mountain landforms represent Yin energy, water represents its complementary force, Yang. In Imperial Feng Shui, there are two groups of auspicious stars that, when properly activated, achieve a balance of elements and cosmic forces within your home or office spaces. These stars — the mountain and water stars — fulfil different roles in our lives, enabling our living and working environments to support our pursuit of success and excellence.

In Chinese cosmology, mountains were regarded with great reverence, regulating cosmic order and ensuring permanence. The weight of this monumental role was evident in the Chinese imperial court, with generations of emperors emblazoning and adorning the walls behind their royal thrones with mountain imagery — a testament to their authority and mandate to rule. 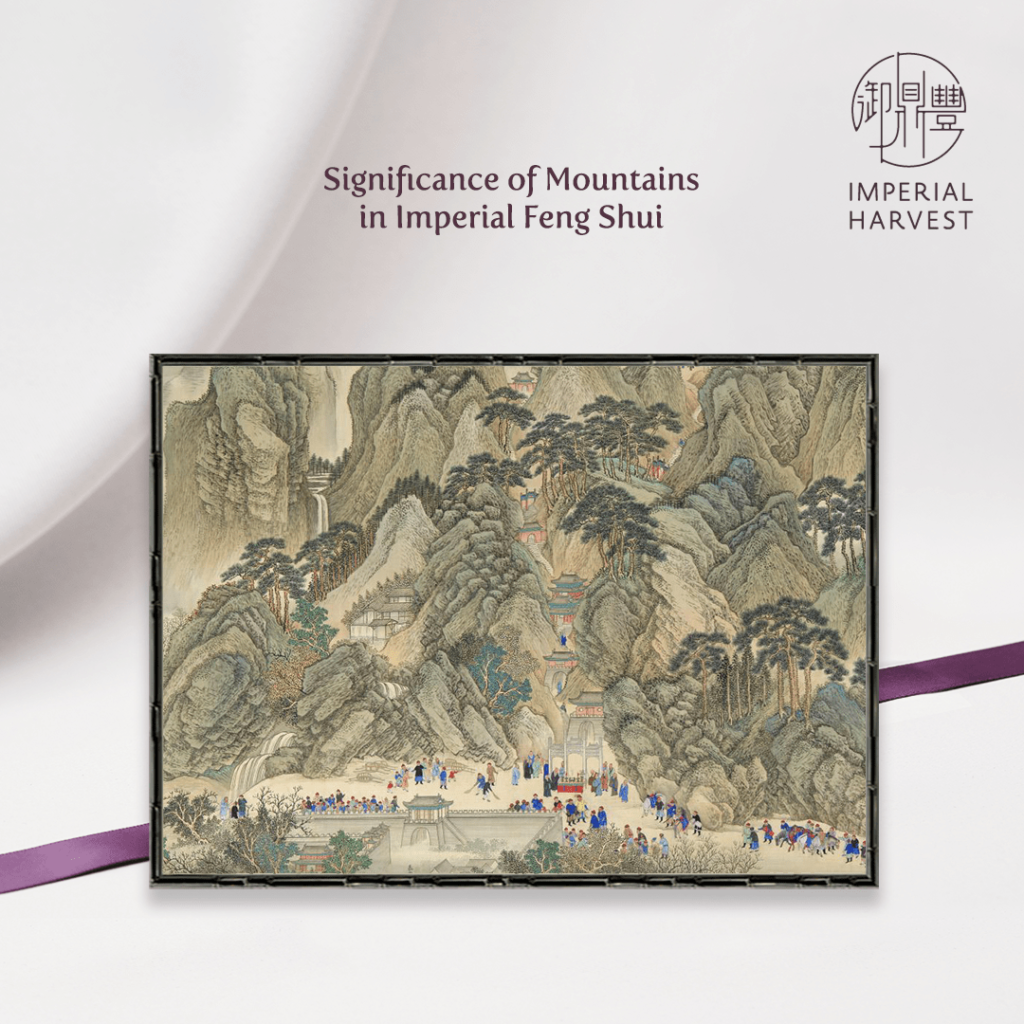 Symbolic of the emperor’s ability to govern and lead their empires to accomplish economic growth and political stability, the activation of the mountain star within the imperial palace empowered them with benefactor support, authority and nobility.

What is the Mountain Star?

San Yuan Xian Kong Flying Star is a foundational concept in Imperial Feng Shui, albeit the most important one, that underpins the mapping of the energy chart of a home, office and property space. It allows for the identification of the Sitting Stars (Mountain Stars) and Facing Stars (Water Stars) in any property space. 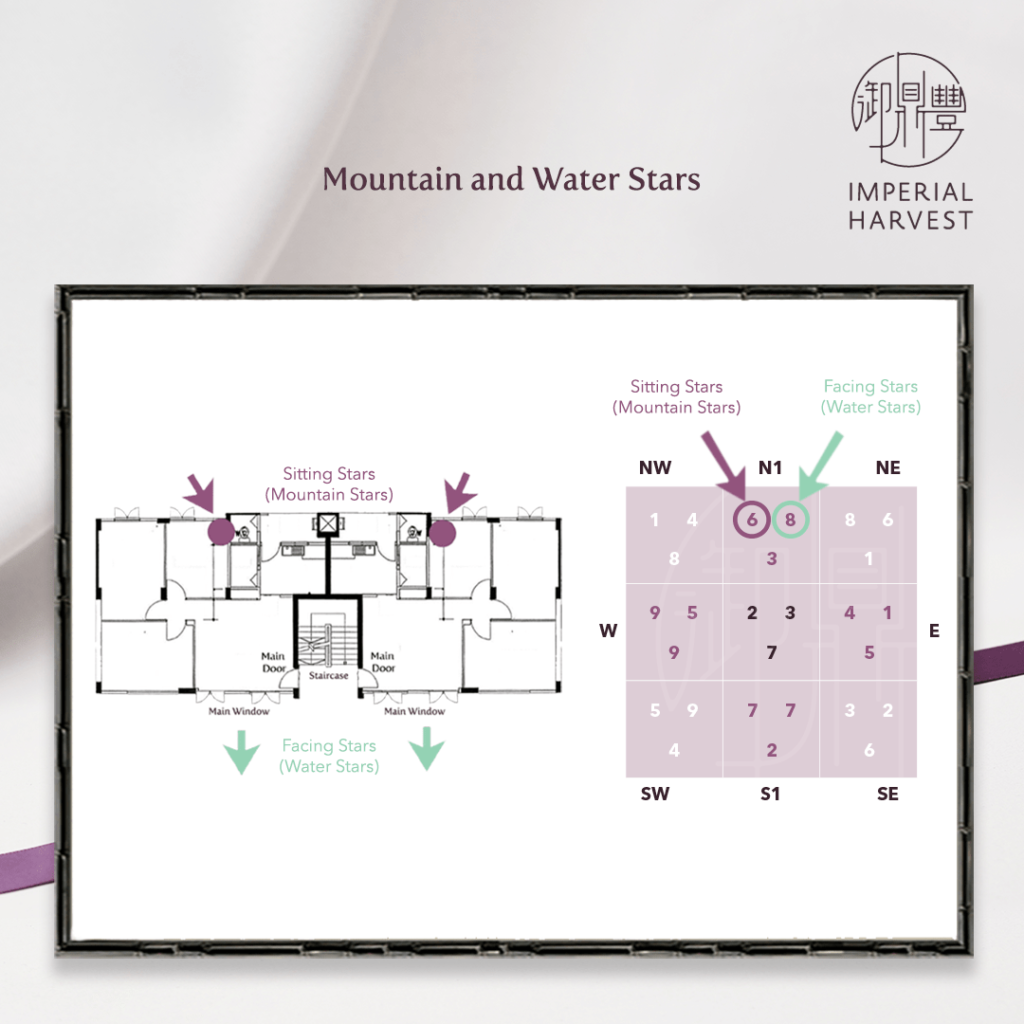 Mountains, static and stable, represent power and the support gained from benefactors. Water, on the other hand, conjures the image of a flowing river and is associated with a dynamic economy and wealth. Therefore, the power of the benefactor sector is harnessed by activating the mountain star.

Innovation from the Qing Golden Age: Activation of the Mountain Star

An important discovery made by Emperor Qian Long and his team of Imperial Feng Shui masters gave rise to one of the most significant artefacts in Chinese history — the Qian Long Jadeite Mountain. This powerful artefact was an ingenious and practical alternative to harness the power and energy of auspicious mountain stars without the expensive and impractical reconstruction of imperial complexes every 20 years, as the Feng Shui period changed. The activation of the auspicious mountain stars catalysed the success and prosperity of the Qing empire – lasting for more than 268 years, making it one of the most successful dynasties in Chinese history. 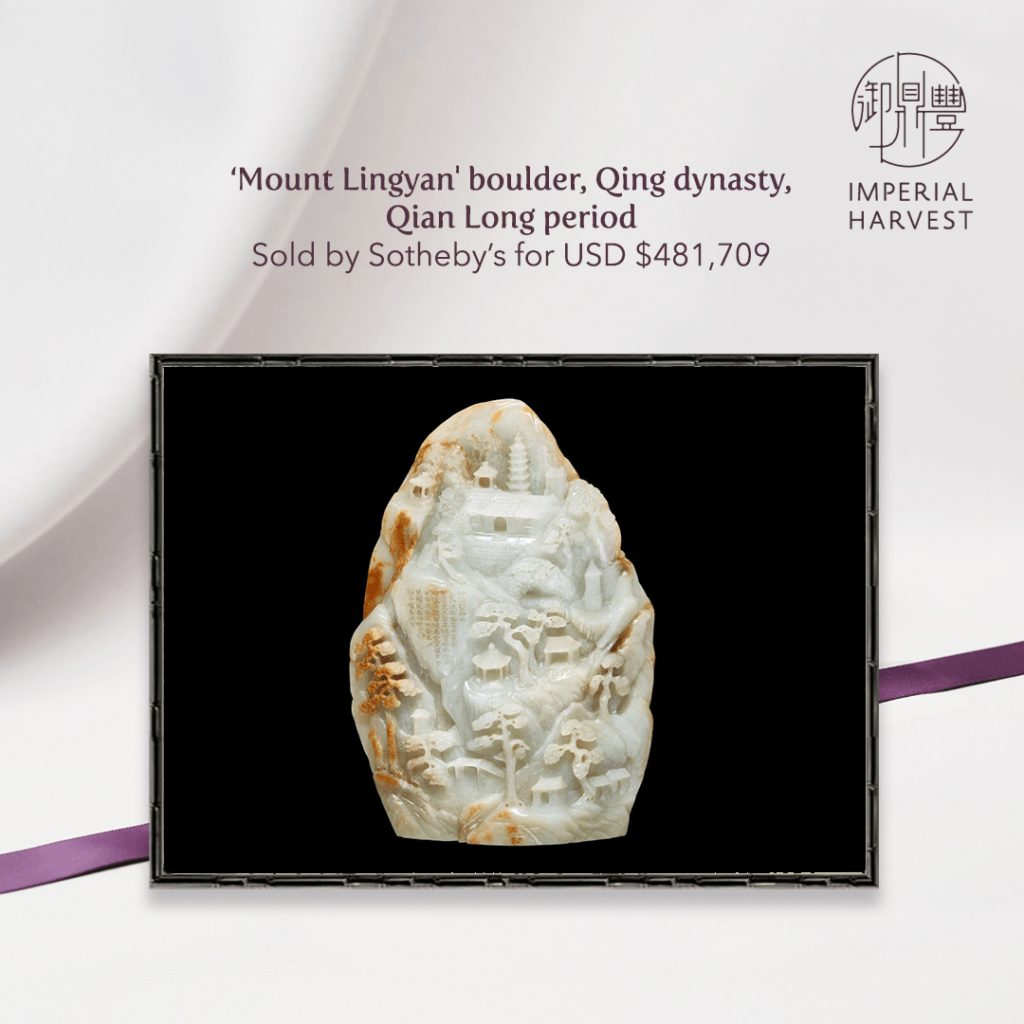 A testament to innovation and forward-thinking, the reimagined Imperial Harvest Qian Long Jadeite Mountain is today, a masterpiece of gemstone carving that adorns the homes and offices of numerous blessed clients.

Upon auspicious activation in both benefactor sectors of the home and office space, the Imperial Harvest Qian Long Jadeite Mountain channels the influence of auspicious mountain landforms, and empowers its destined owner with the same benefactor support and authority that catalysed the success of past generations of emperors. Packed with wealth-enhancing design features, the Imperial Harvest Qian Long Jadeite Mountain ushers in large streams of wealth to those who effectively leverage their auspicious properties. 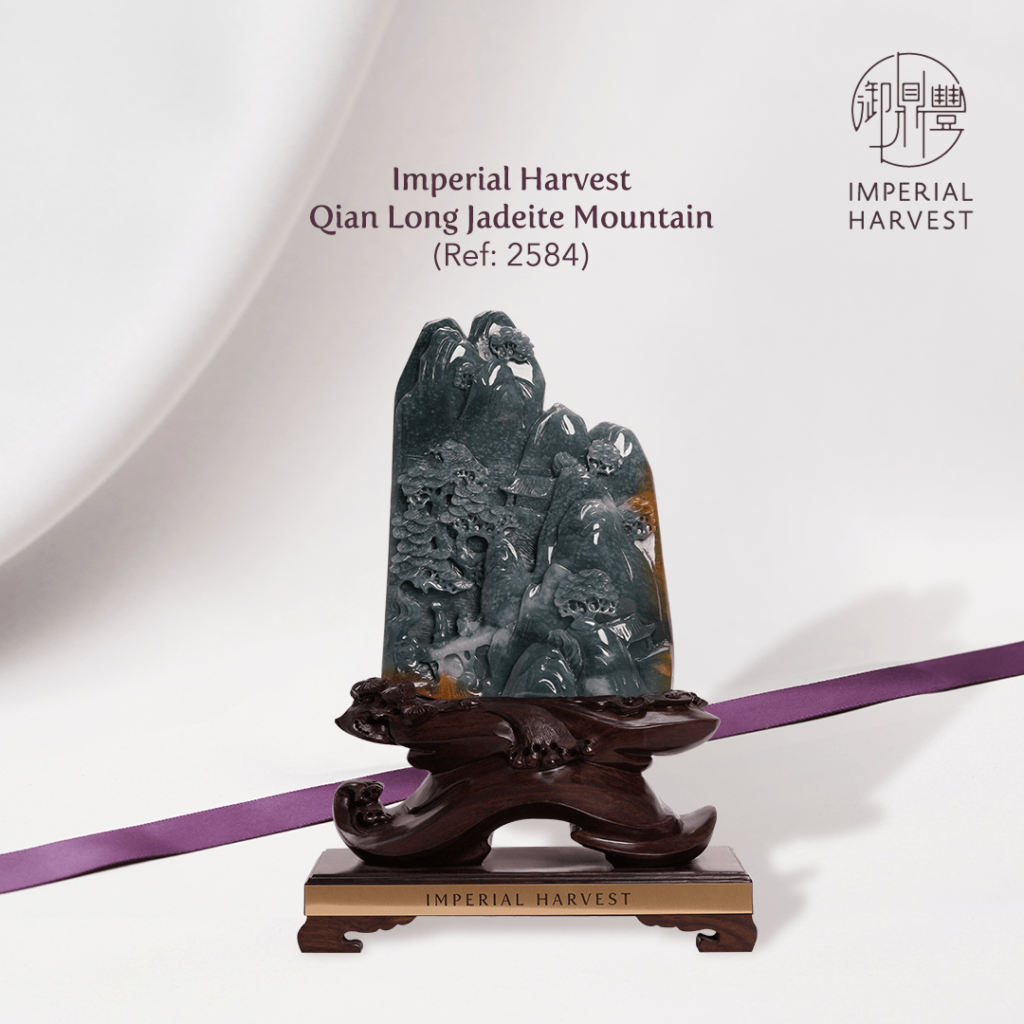 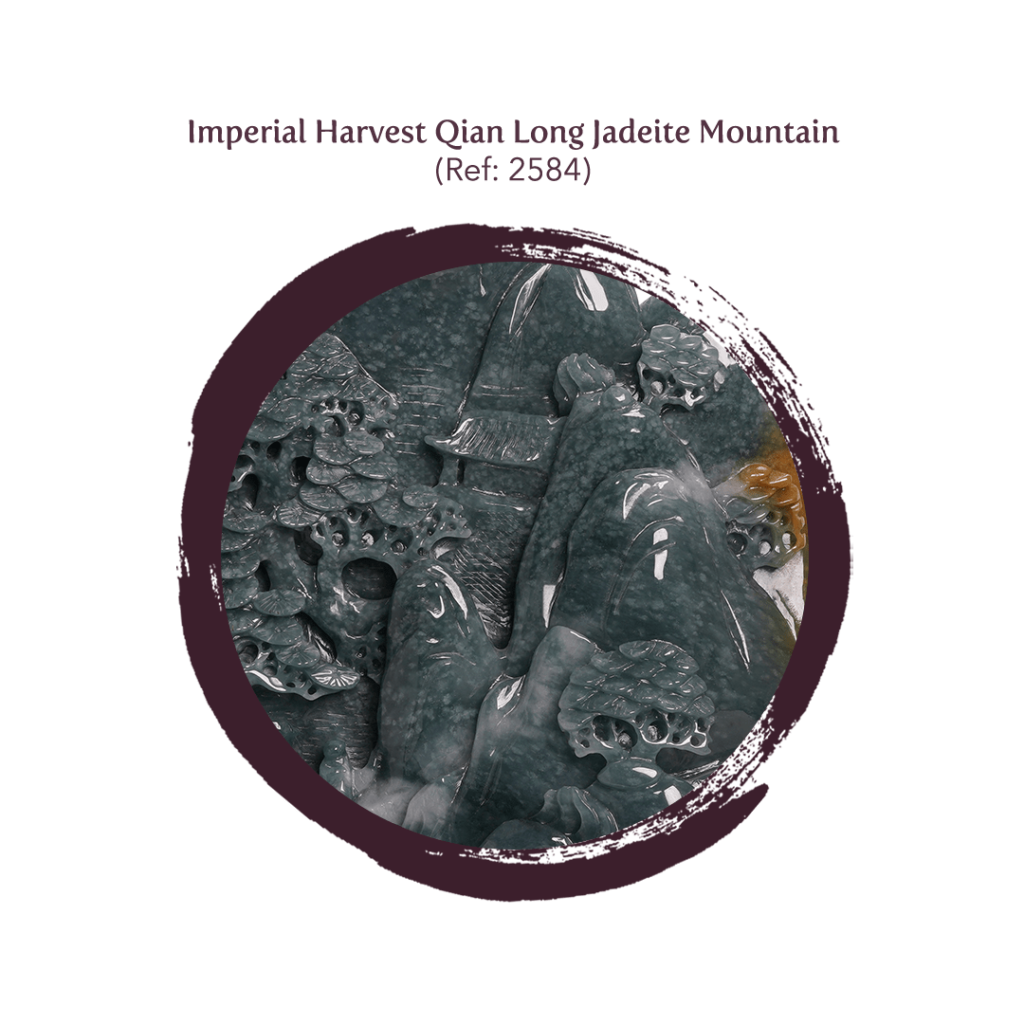 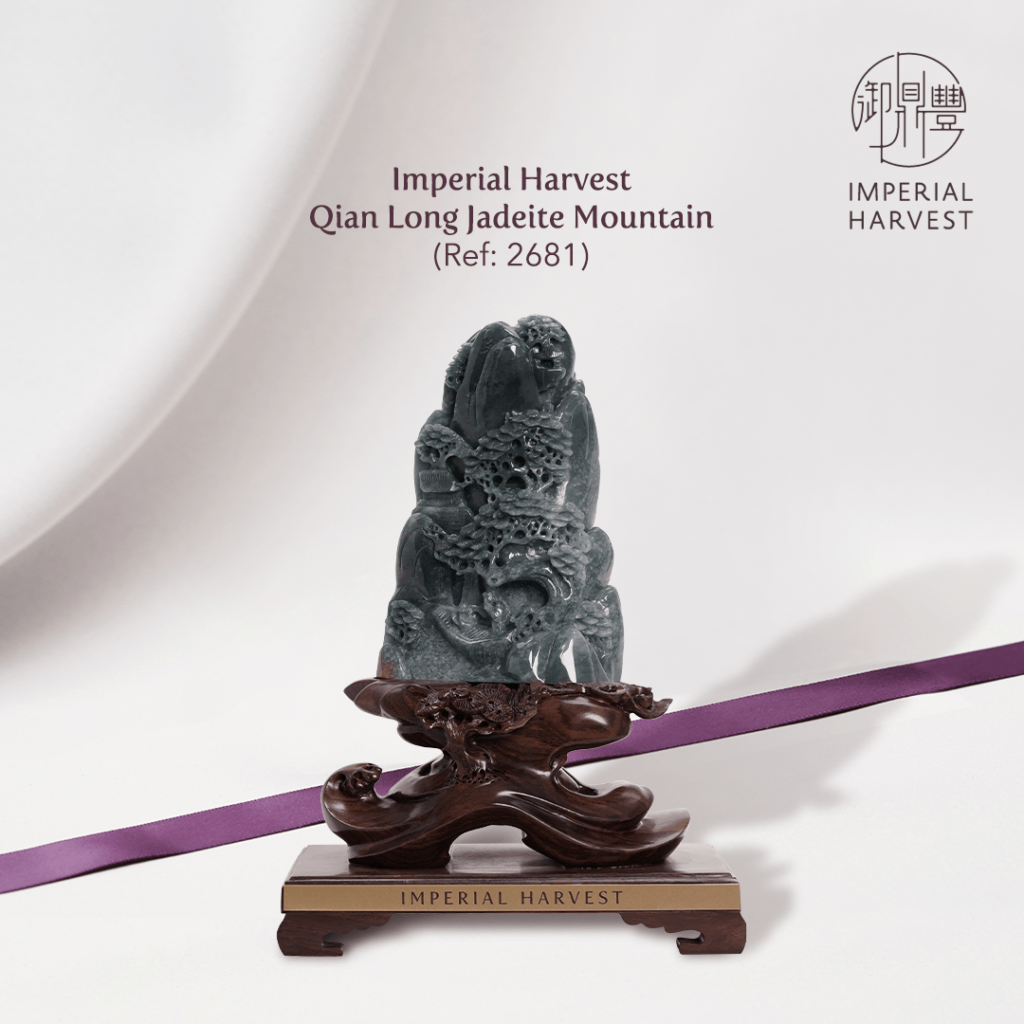 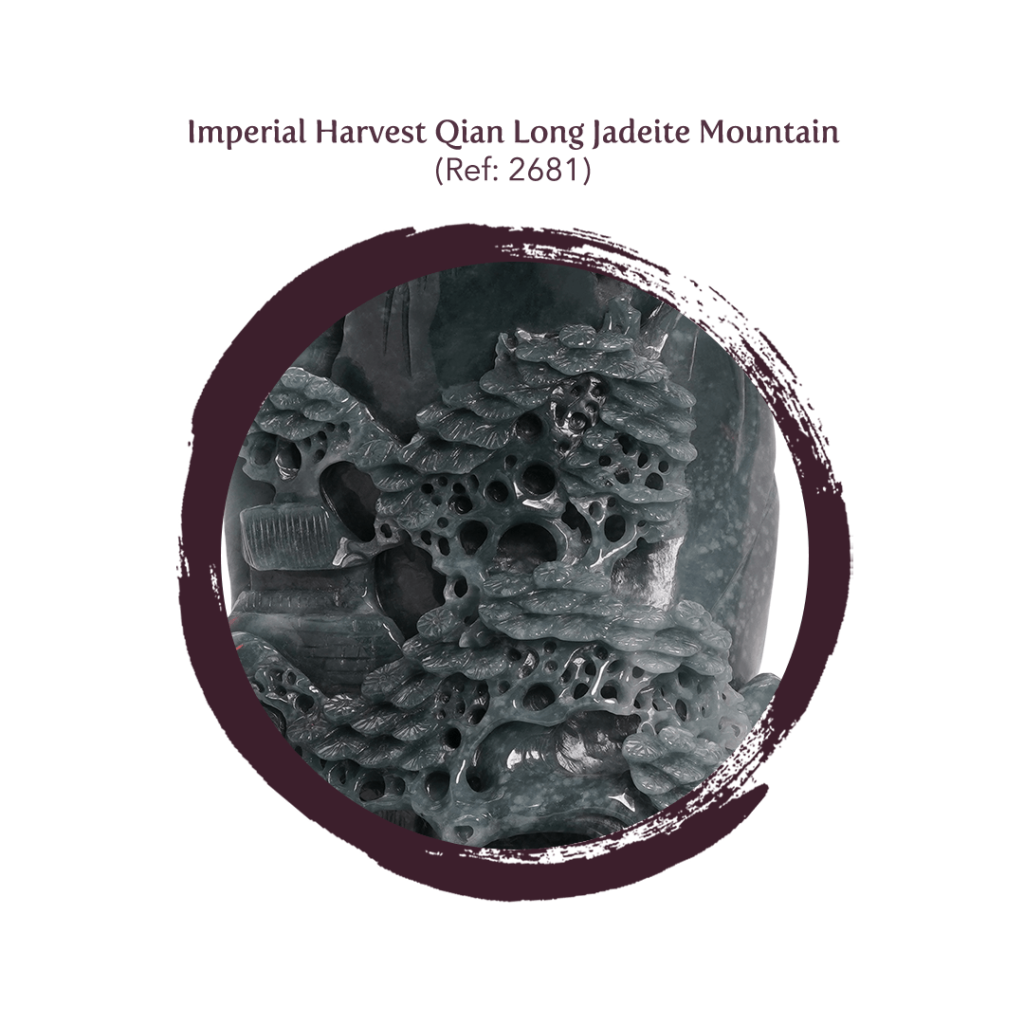 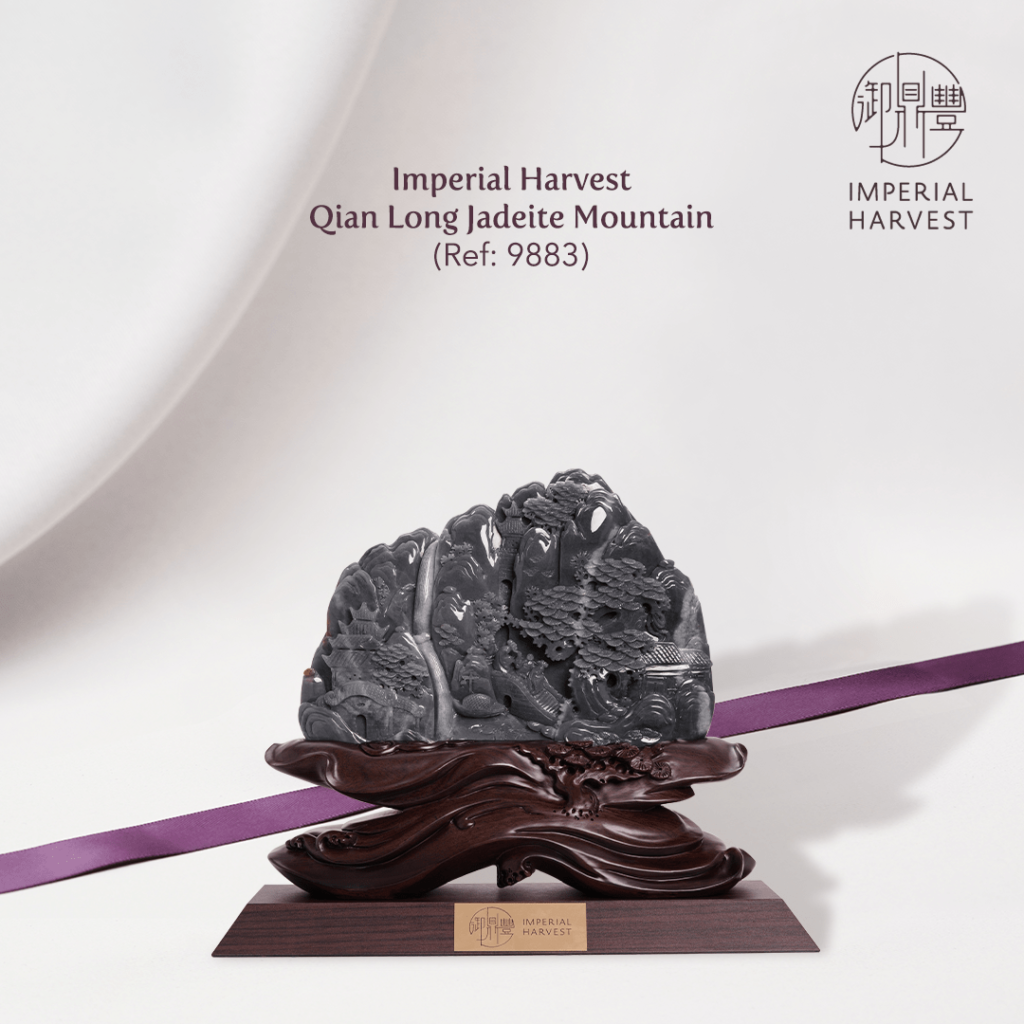 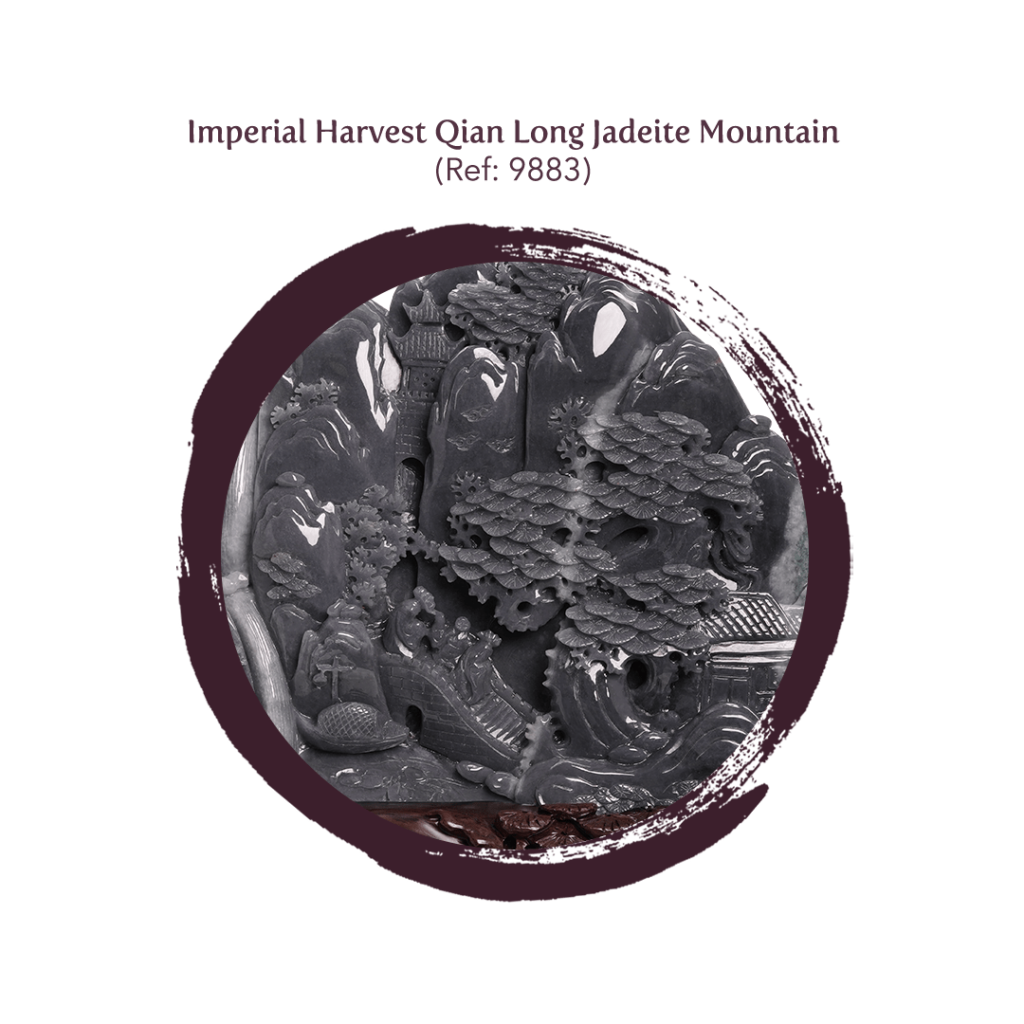 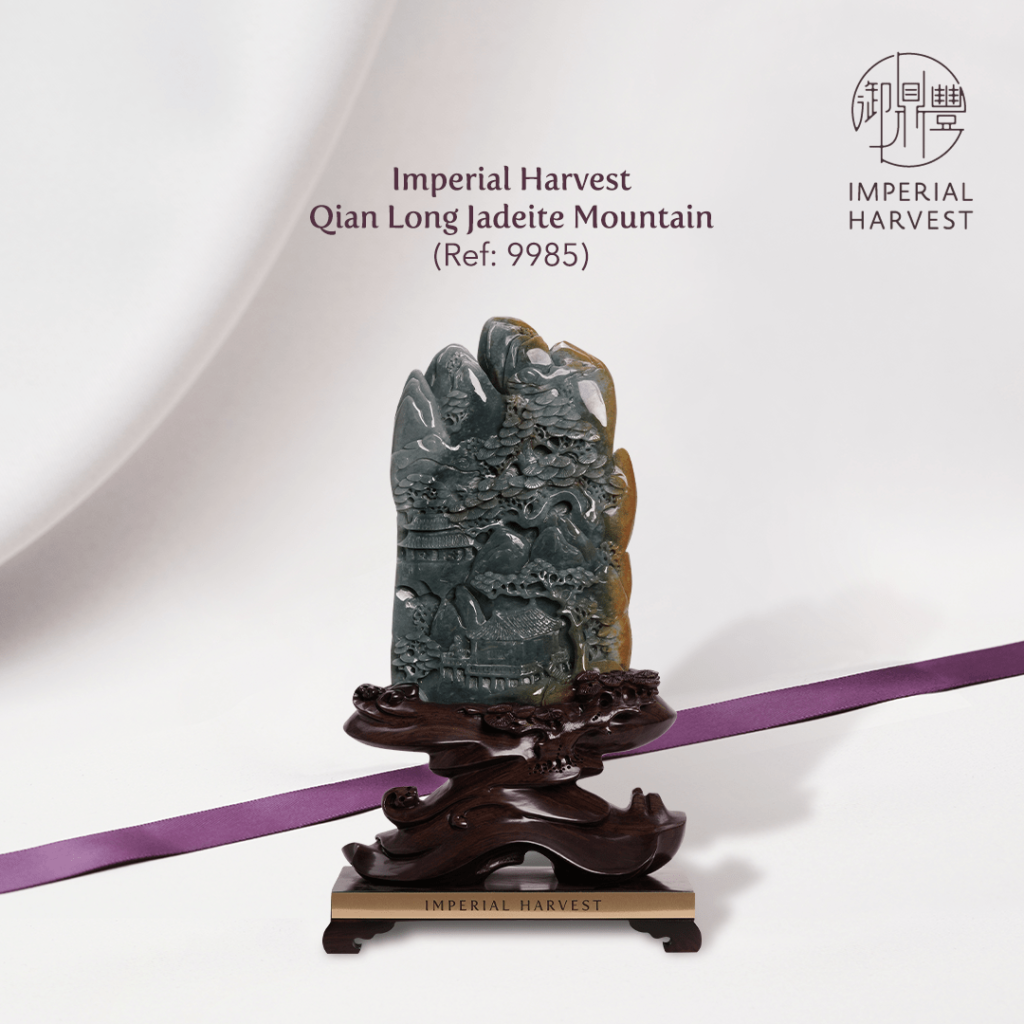 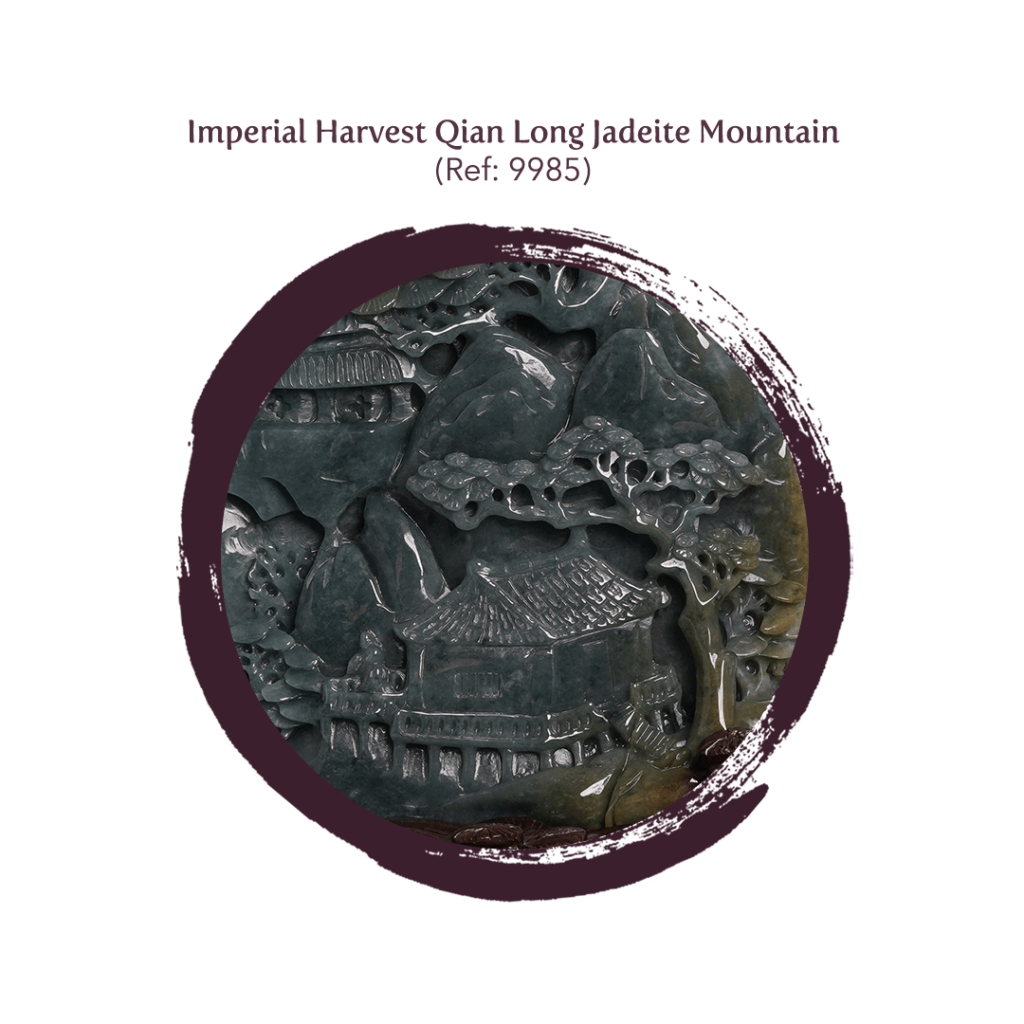 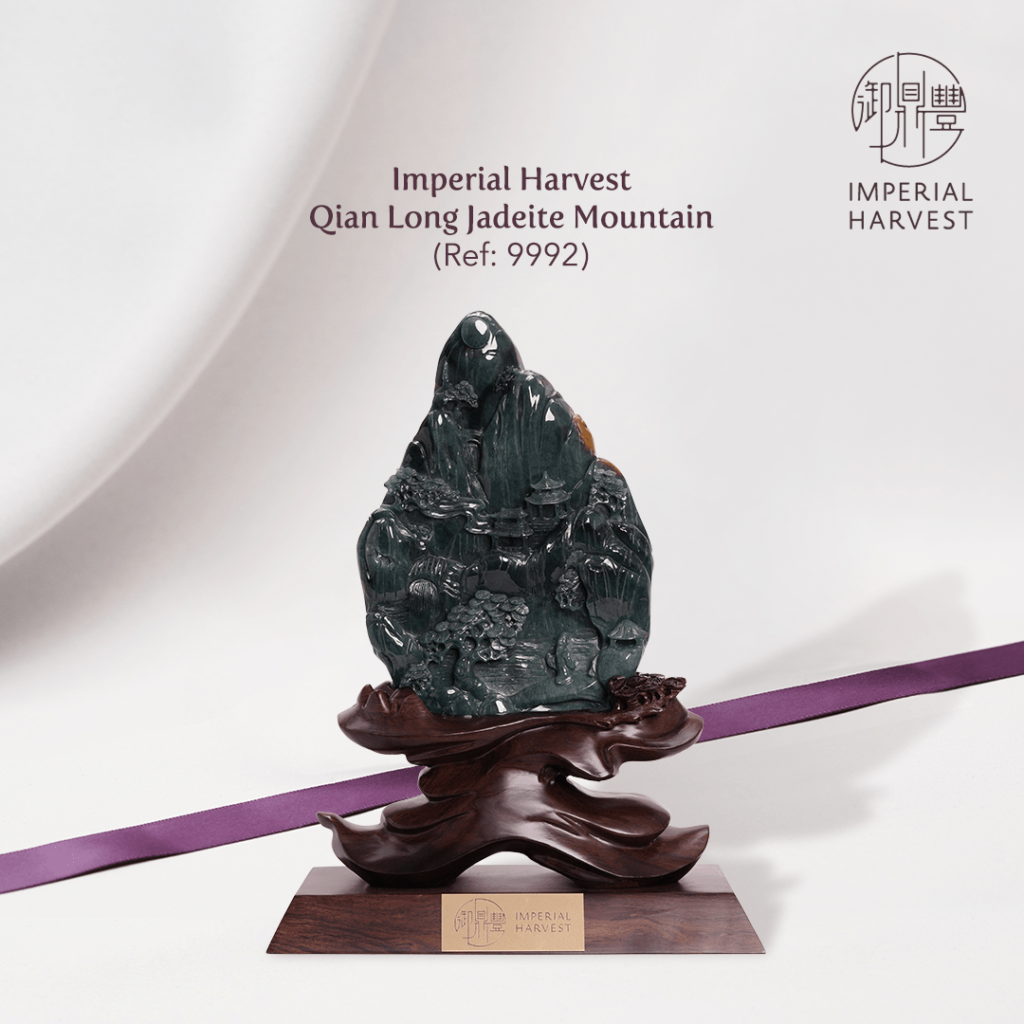 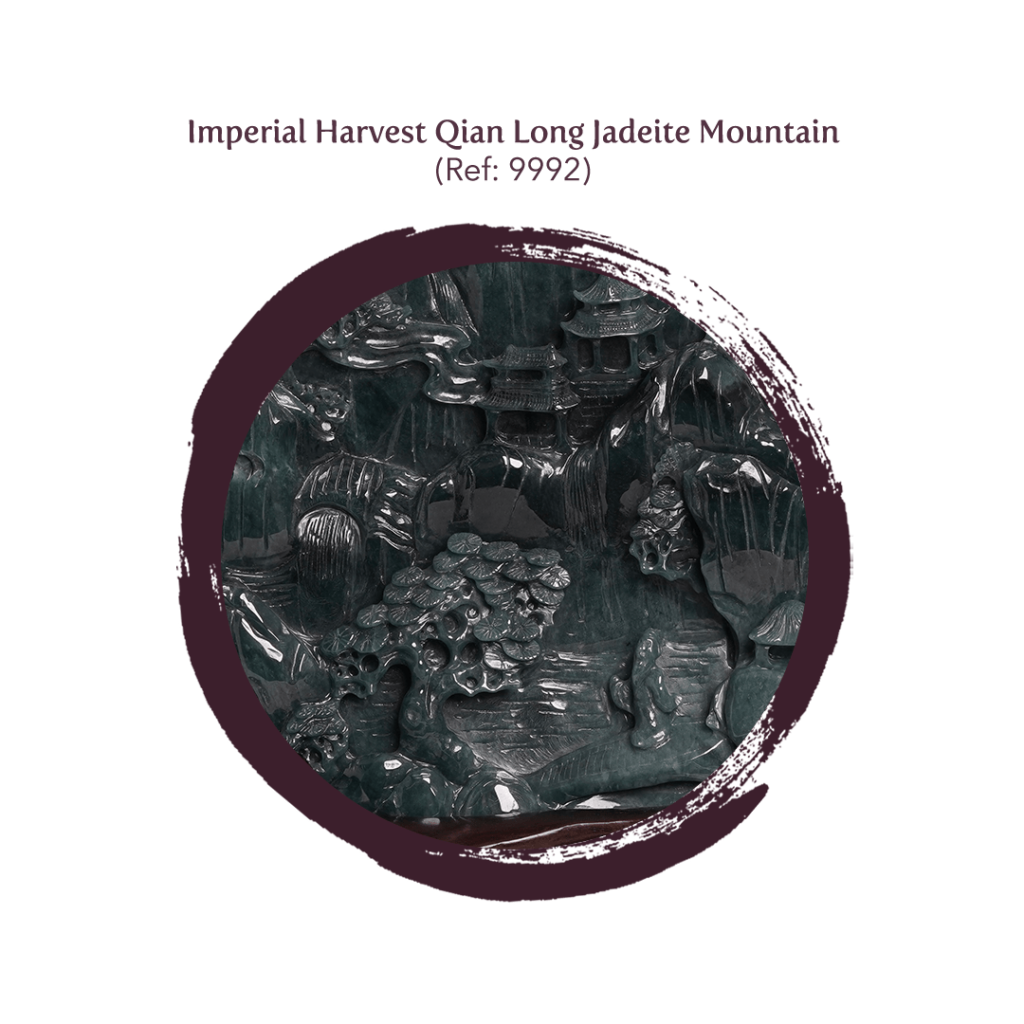 What is the Water Star?

Innovation from the Qing Golden Age: Activation of the Water Star

Imperial Feng Shui masters during the Qing Dynasty found that it was similarly challenging and economically infeasible to re-construct and orientate imperial complexes every 20 years, as the Feng Shui period changed — giving rise to another practical and innovative solution to harness auspicious water landforms, such as rivers and lakes.

As a steadfast proponent of Imperial Feng Shui, Emperor Qian Long understood the importance of the water star, activating it with Imperial Harvest-grade crystals. In doing so, he catalysed the growth of the Qing Dynasty, ushering in an age of immense wealth and prosperity, robust economic development, agricultural success, social harmony and stability.

Based on the principles of Imperial Feng Shui, individuals are able to activate the water star in their living and work spaces with Imperial Harvest Crystals — the same grade of crystals once utilised by Emperor Qian Long. A contemporary embodiment of long-standing Imperial Feng Shui traditions, the Imperial Harvest Crystal collection similarly adorns the homes and offices of many esteemed clients. Their proper installation in the wealth sectors of the home empowers those within the space with boundless wealth and prosperity. It further strengthens them by helping them overcome adversities, and establishes them as influential figures in their industries. 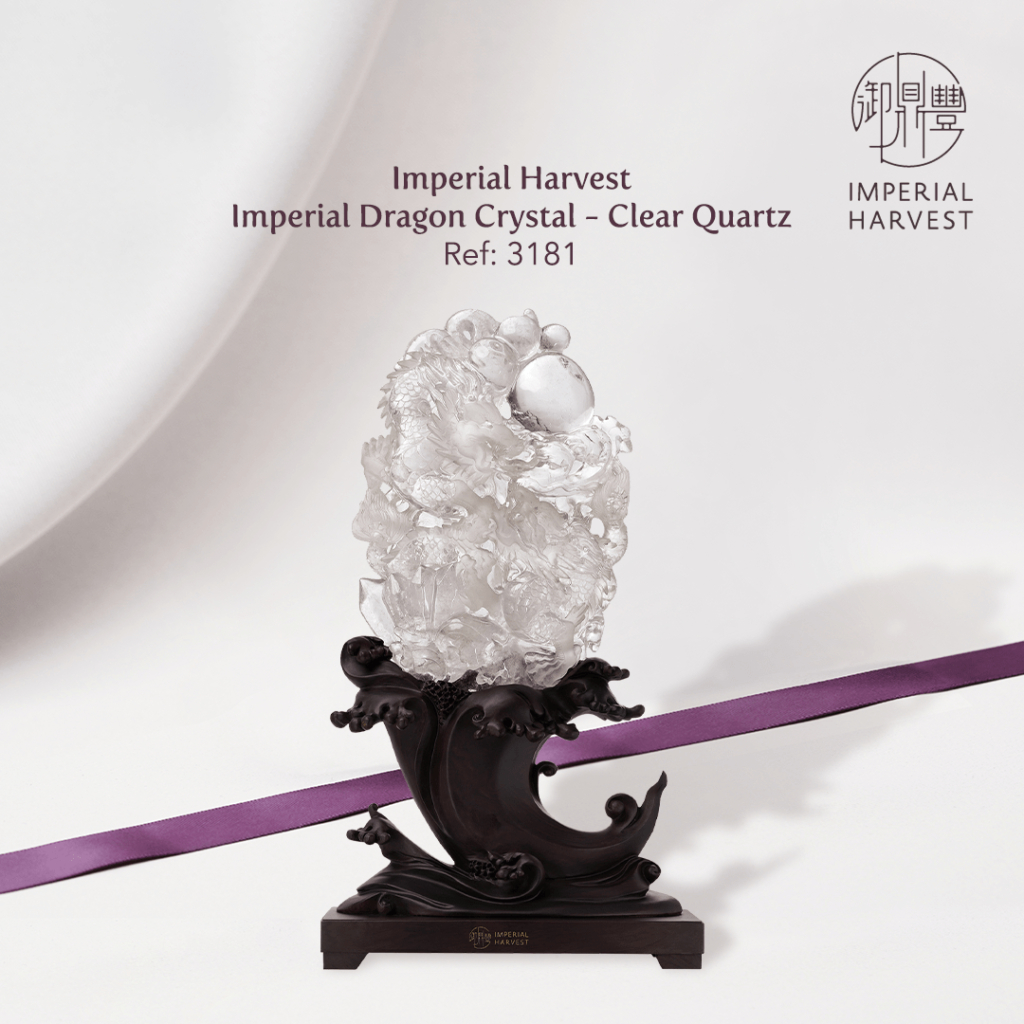 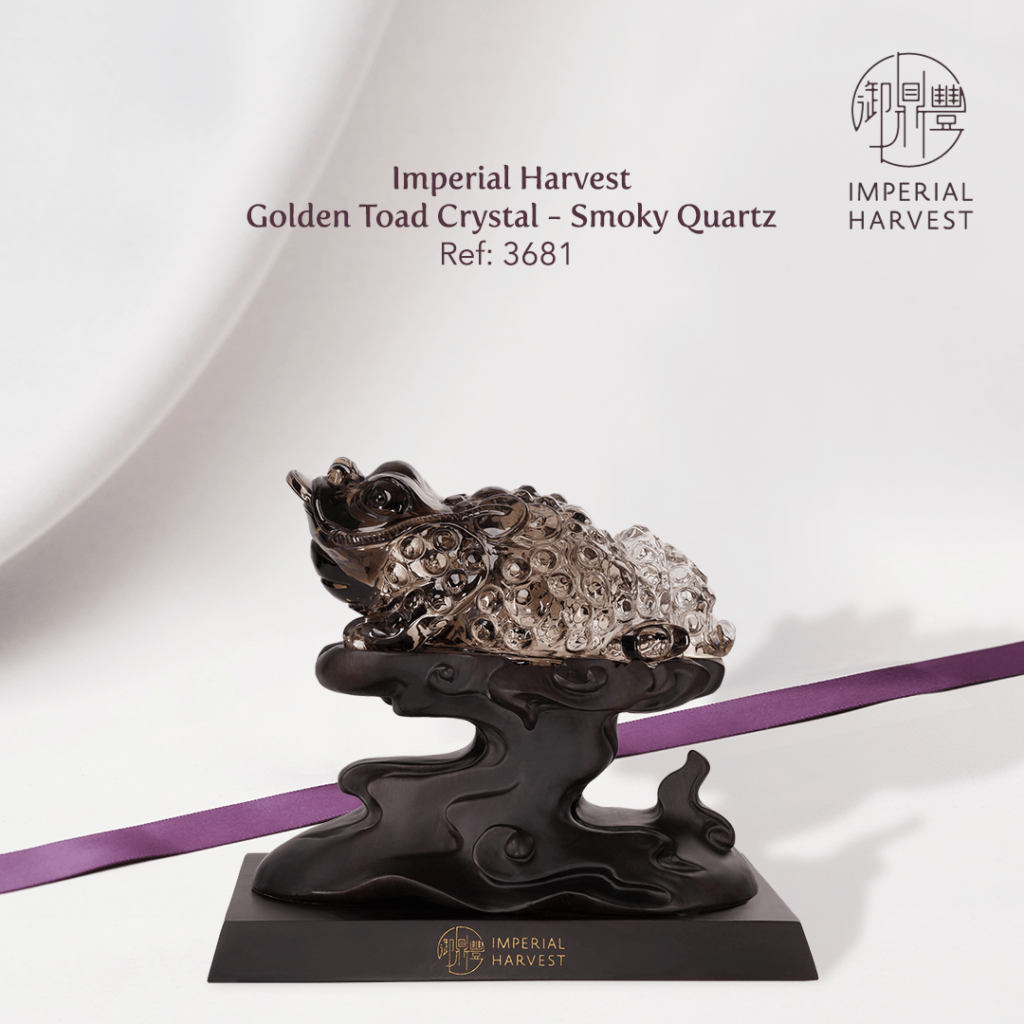 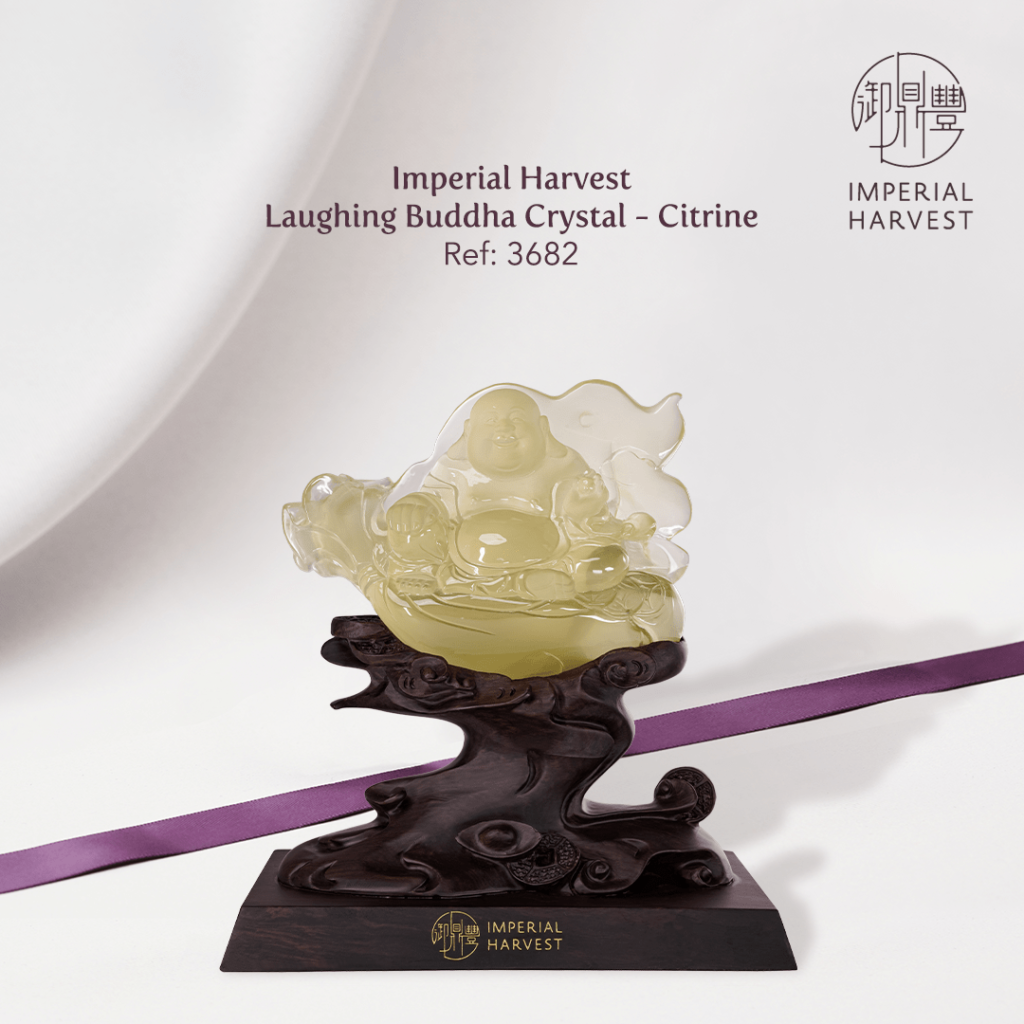 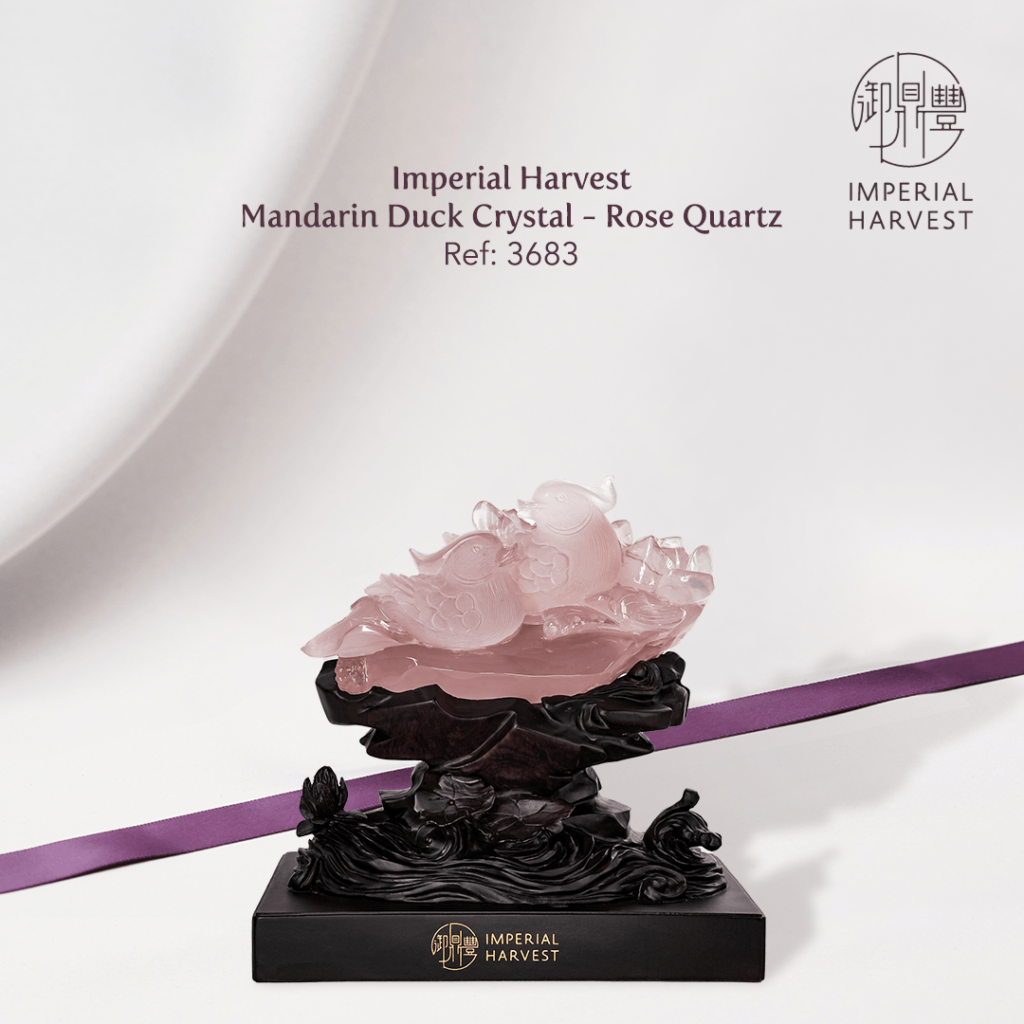 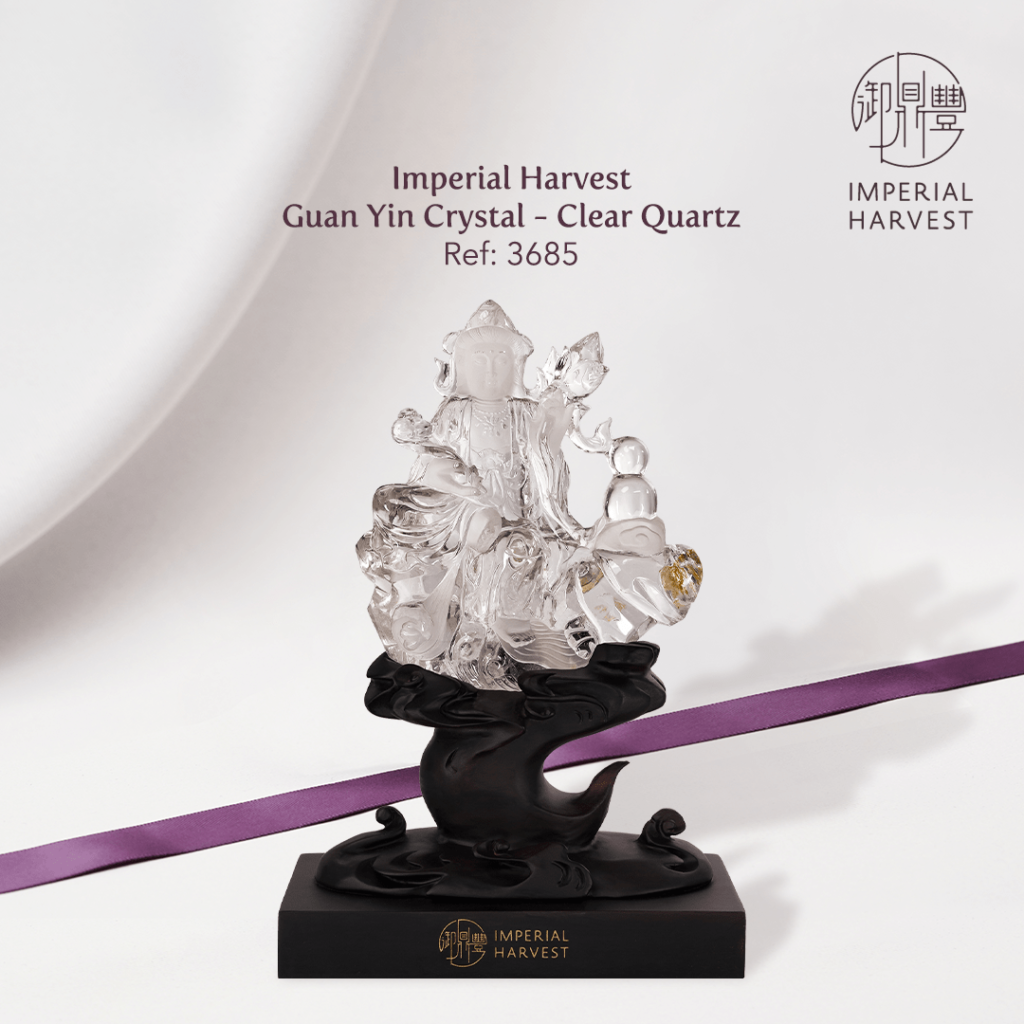 The upcoming arrival of the Chong Yang Festival (重阳节) on the ninth day of the ninth lunar month commemorates a day of great abundance, representing an immensely auspicious doubling of Yang energies.

The imminent arrival of the Chong Yang Festival additionally marks an opportune period for individuals to achieve an optimal balance in their Home Feng Shui. The application of both Imperial Harvest Qian Long Jadeite Mountain and Imperial Harvest Crystal balances not only the elements, but also the Yin and Yang energies of your home or office space.

The Importance of the Water Star