Posted by Imperial Harvest on 02 November 2020

The Fine Jadeite Ammonite of Fortunes is one of the most sought after collections. Since its introduction, it has empowered numerous clients to achieve career and sales breakthroughs. 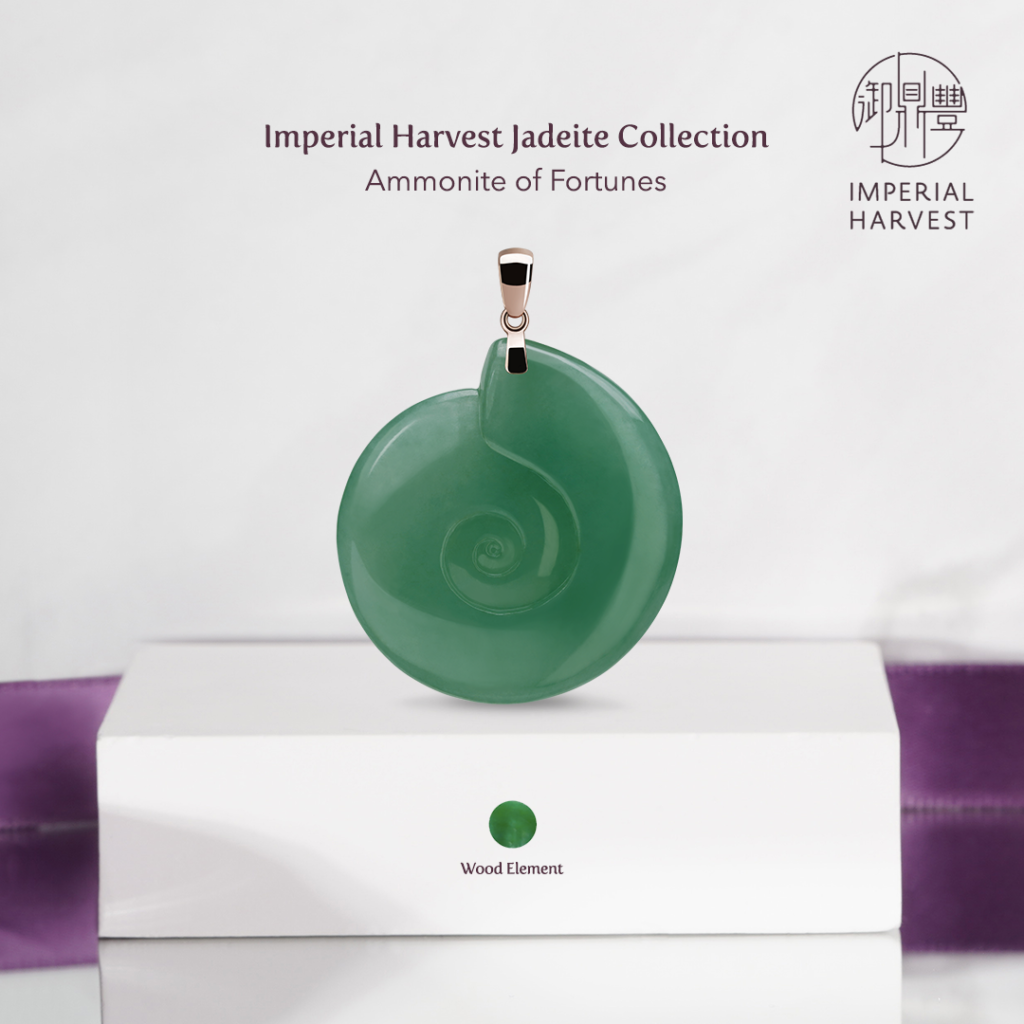 Embodying the beautiful silhouette of an ancient marine mollusc animal, the Fine Jadeite Ammonite of Fortunes is known for its ability to rake in rapid flow of fortunes for its destined owner. In addition, it converts obstacles into opportunities.

In this article, we will share more about the Fine Jadeite Ammonite of Fortunes and some of our clients’ experience after wearing this meticulously crafted Imperial Harvest treasure.

The Significance of Ammonite 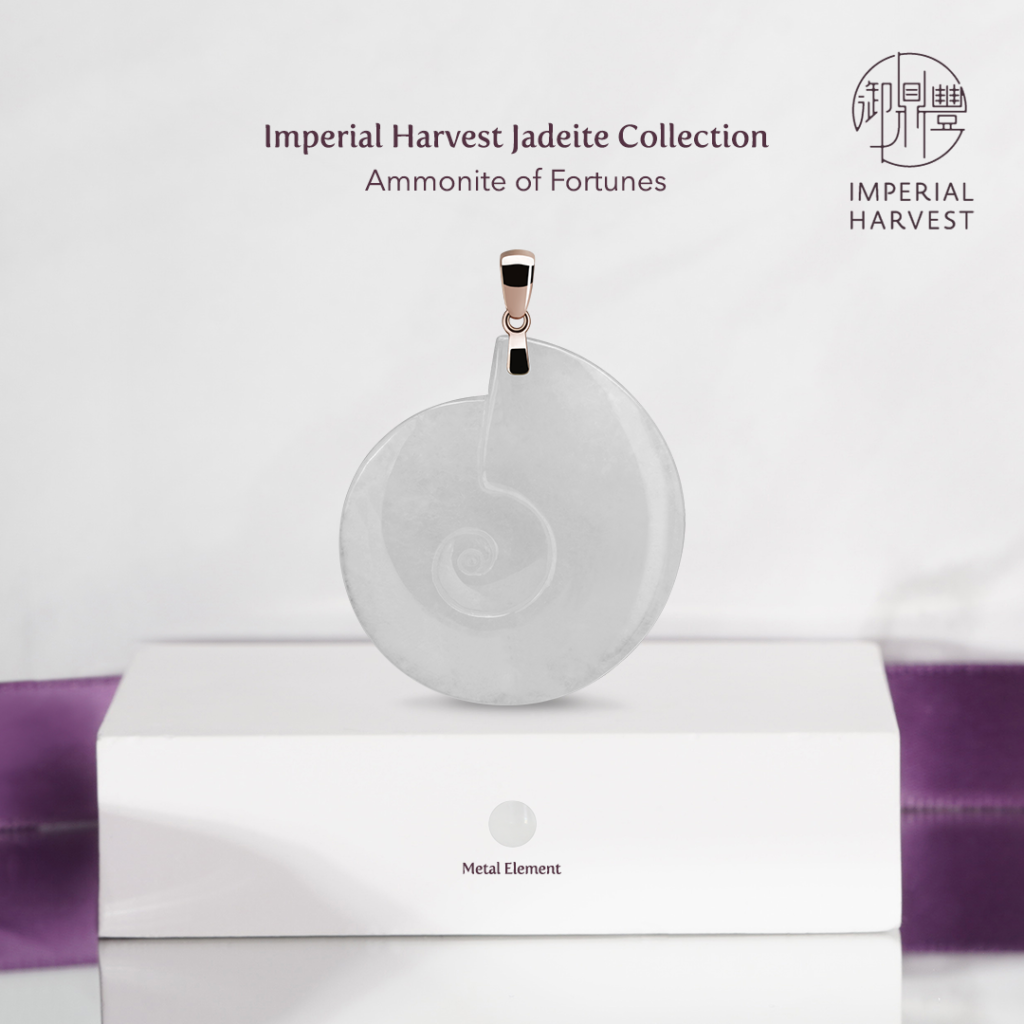 It is believed that during fossilisation, these ammonite shells – once belonging to a wide variety of deep-sea creatures, absorbed and became a container for the Earth’s energy. Having been buried under ground for thousands of years, they are said to be choke-full of the earth’s vital energies. 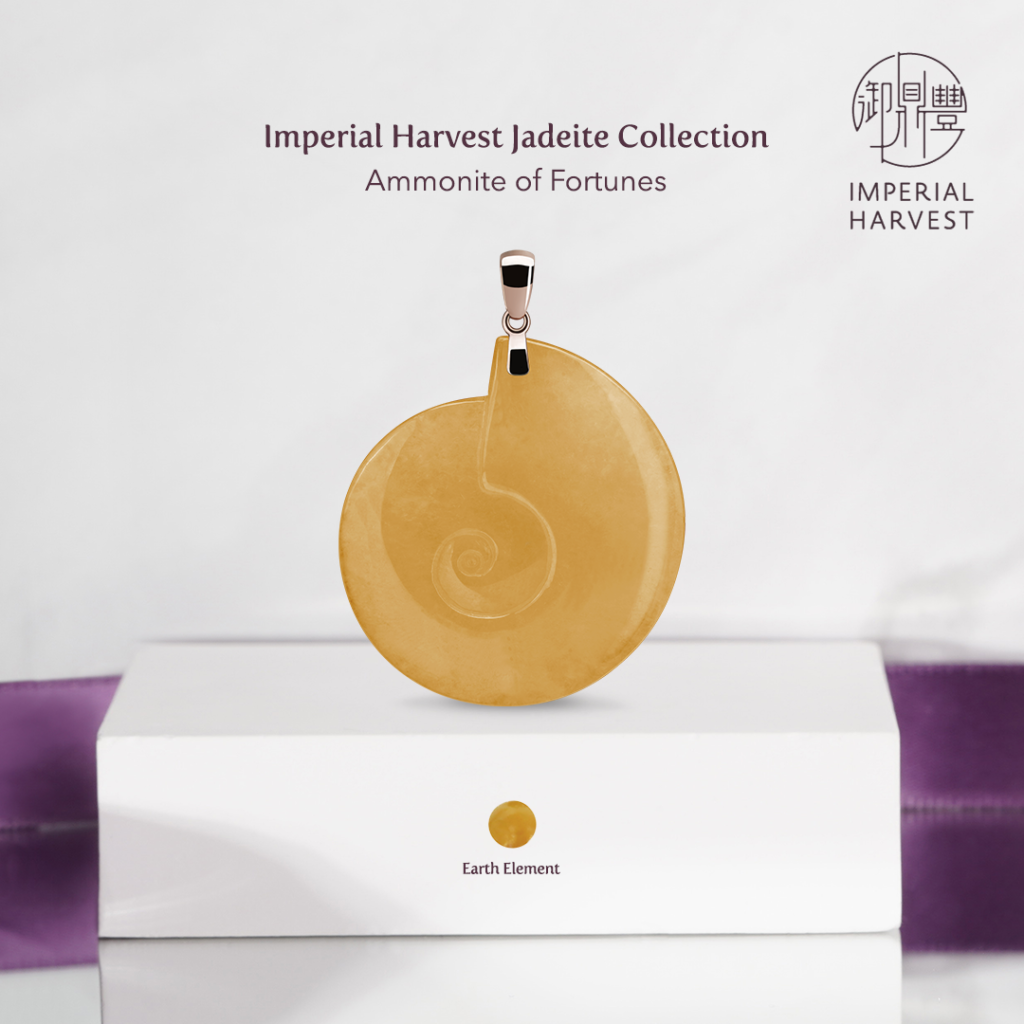 The ammonite is an excellent generator of fortune and luck and is known for its ability to attract prosperity and riches. It is also regarded as an auspicious emblem in Chinese culture as it resembles the scales of the magnificent mythical creature “Qi Lin”. 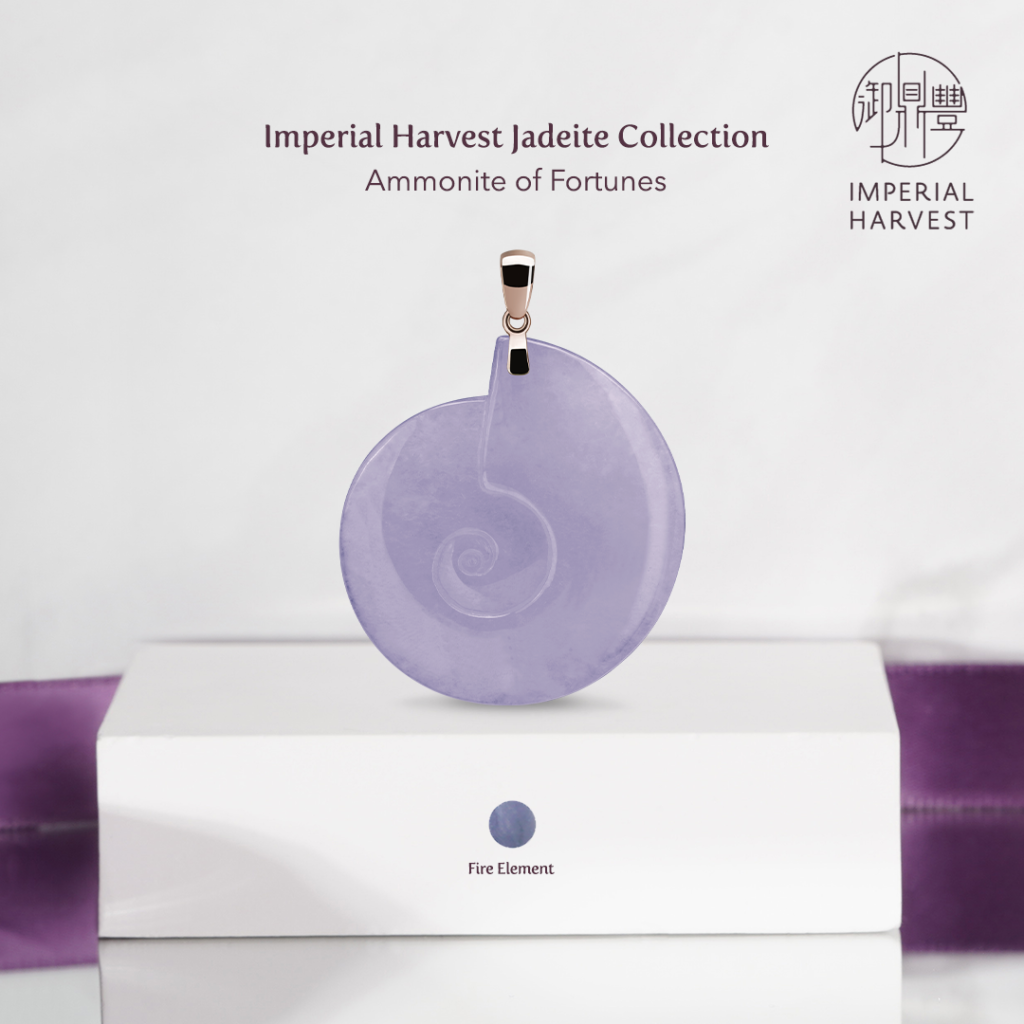 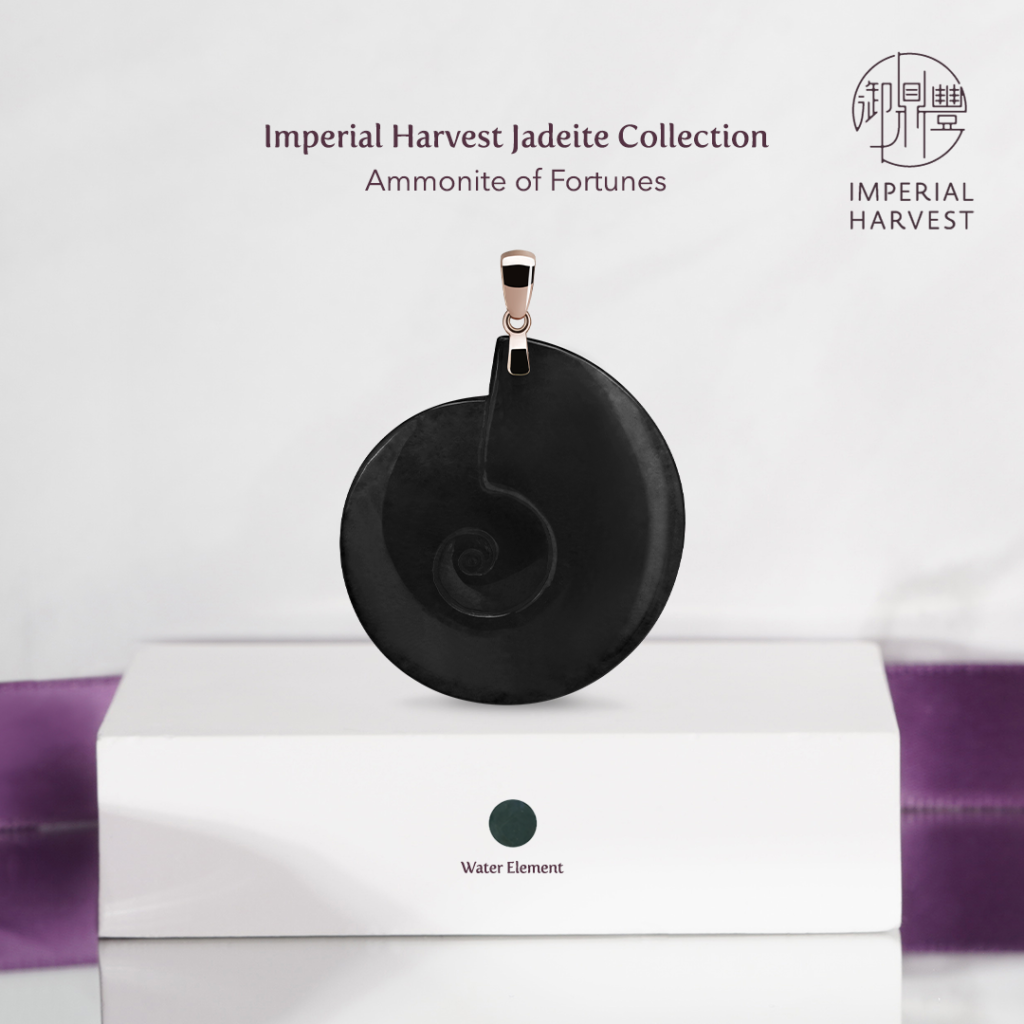 The Fine Jadeite Ammonite of Fortune is also known for its ability to rake in a massive flow of fortunes by attracting high-quality sales leads and increased conversion rates to improve business profitability. Turning clients into benefactors, it empowers its destined owner to execute transactions smoothly, enhancing sales productivity. 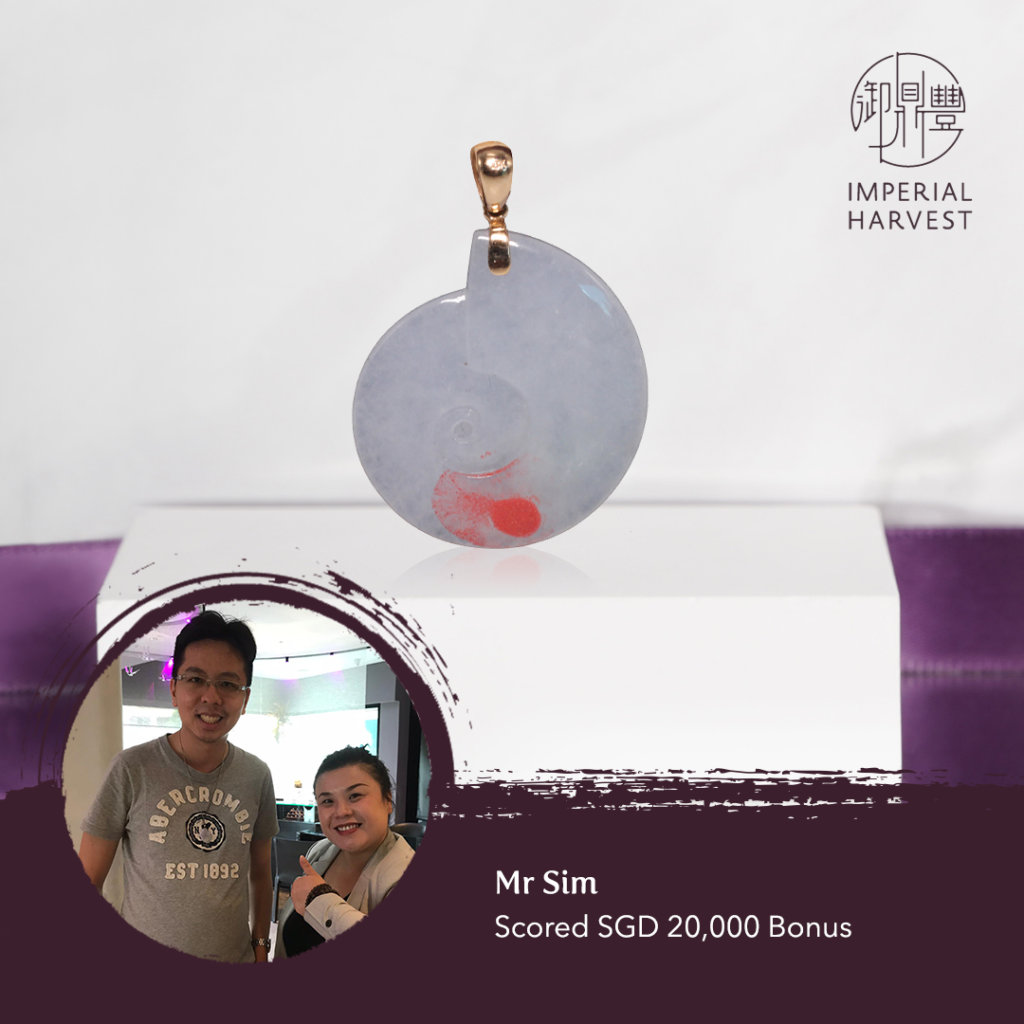 Mr Sim is a young career professional who struggled during the initial years of his career. Since graduating from university, he found it a challenge to secure a permanent role and was working contract roles without full-time employment benefits.

In September 2018, Mr Sim consulted senior consultant, Ms Erika, with the goal to achieve financial breakthrough and stability in his career.

After understanding his goals, Ms Erika prescribed him with the Fine Jadeite Ammonite of Fortunes to support his career growth and aspirations. Within 6 months of wearing his Imperial Harvest treasure, Mr Sim secured a permanent position at a government statutory board!

Career Breakthrough – From Finance Manager to CFO in 2 Years 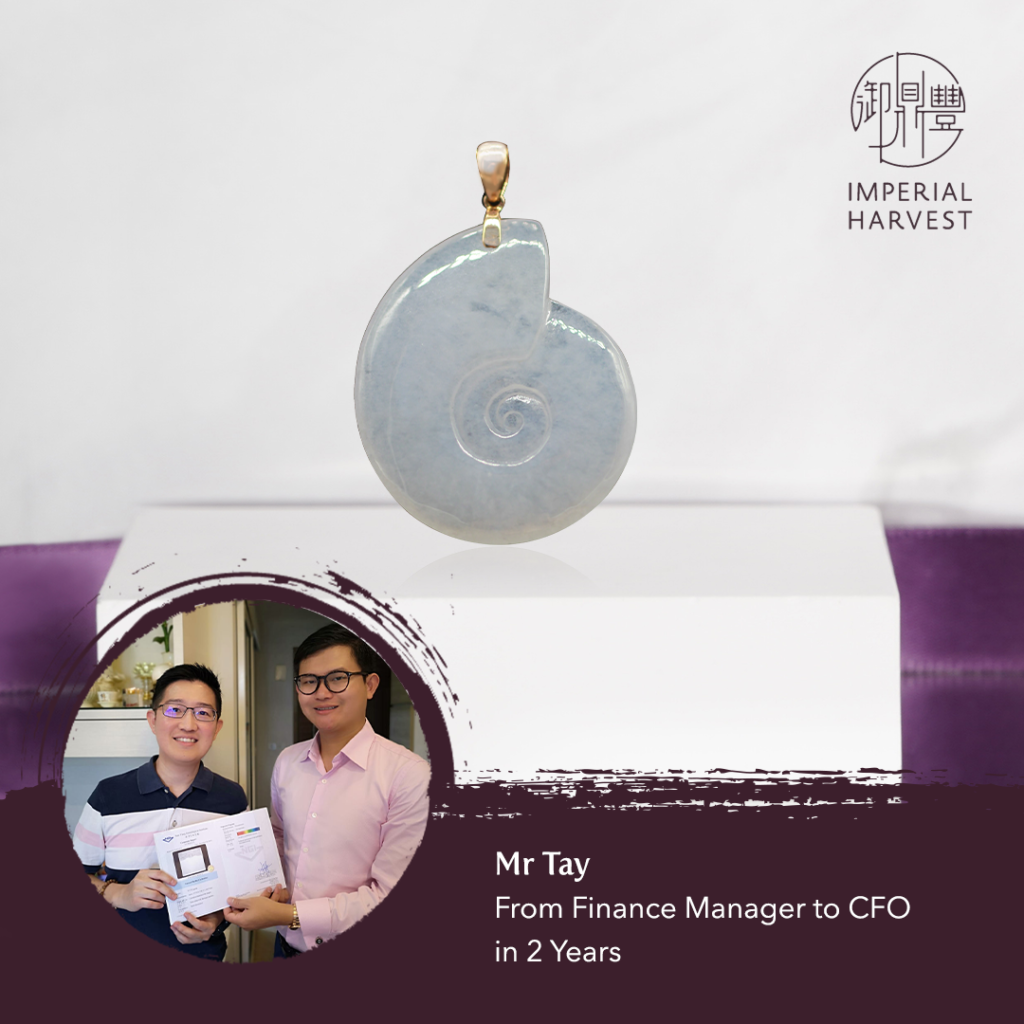 Mr Tay was a finance manager when he first consulted Master David in 2017. He acquired his first Imperial Harvest treasure, the Fine Jadeite Ammonite of Fortunes to aid him in his career growth.

Immediately after wearing his Imperial Harvest treasure, Mr Tay’s career became much more smooth-sailing, and in less than a year, he was headhunted and promoted to the position of Financial controller.

In January 2019, he invited Master David to audit his home Feng Shui, and acquired the Qian Long Jadeite Mountain to usher in even more wealth and prosperity for him and his family.

Most recently in 2019, he was again headhunted to become the Chief Financial Officer, leading the finance team for a Food Technology startup invested by Temasek Holdings. In December 2019, he acquired his fourth Imperial Harvest treasure – the Imperial White Inkstone to further enhance his home Feng Shui. 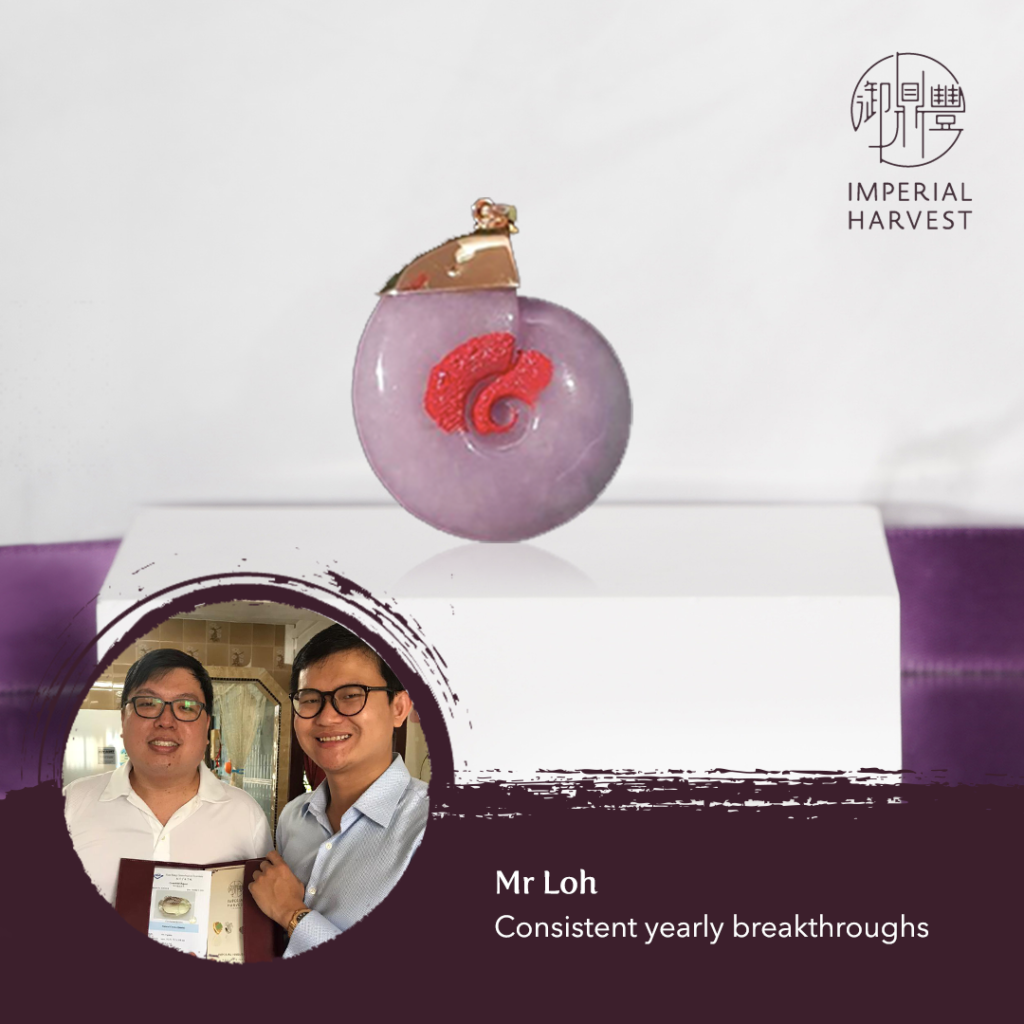 Back in 2017, Mr Loh was a driven project manager who recently joined a new company. Seeking for a career breakthrough, he consulted Master David and got the Fine Jadeite Ammonite of Fortunes to help him achieve his goals.

After wearing his Imperial Harvest treasure, he noticed that negotiations in his projects were much smoother, and he received excellent performance ratings from his superior and was on track for a promotion.

In December 2017, Mr Loh chose the Imperial Harvest Sandalwood (Red Meat) to help expand his indirect wealth capacity. In May 2018, he secured a promotion with a 10% salary increment, secured a group bonus of 6.5 months as well as receiving his individual performance bonus.

In Sep 2019, he invited Master David to audit his home Feng Shui, and activated the auspicious Water star (wealth sector) within his home with the Imperial Harvest-grade crystal, the Smooth Sailing Journey to usher in even more wealth and prosperity.