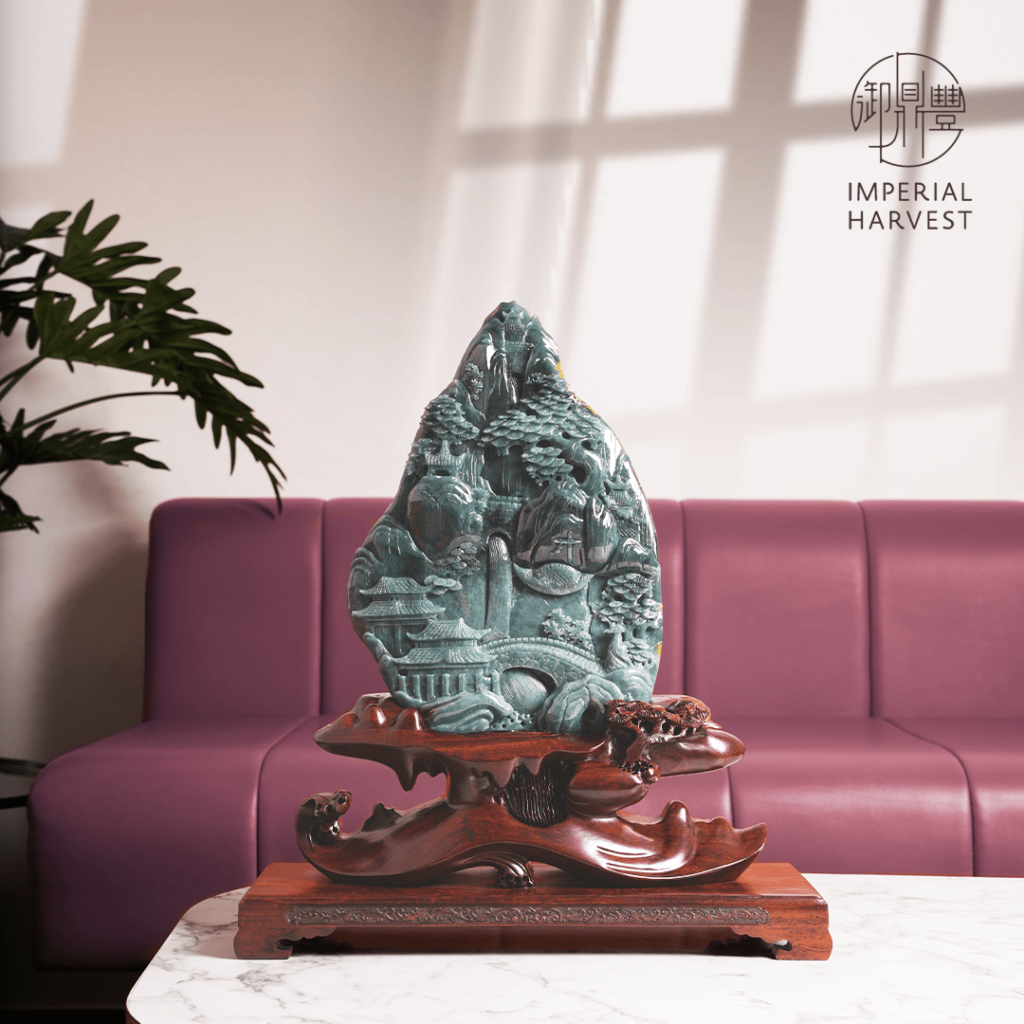 Its acclaim is derived from no mere happenstance. According to the time-honoured tenets of Imperial Feng Shui, jadeite occupies an enviable position among the foremost of earthly treasures. In each of its multiple manifestations, it propels the blessed owner towards abundant growth and success. Moreover, its versatility allows for the incorporation of a variety of ornate details, such as auspicious deities and symbols of the Imperial Feng Shui tradition.

At Imperial Harvest, the jadeite cabochon holds immense cultural significance. According to the findings of Imperial Feng Shui masters of the Qing dynasty, jadeite cabochons possess the unique capability to balance the minor yang, the cosmic phenomenon that governs intuition. Intuition is critical for making decisions in uncertain and dynamic situations. In the face of ambiguity, it empowers one to make sense of limited information and act decisively to seize first-mover advantages. 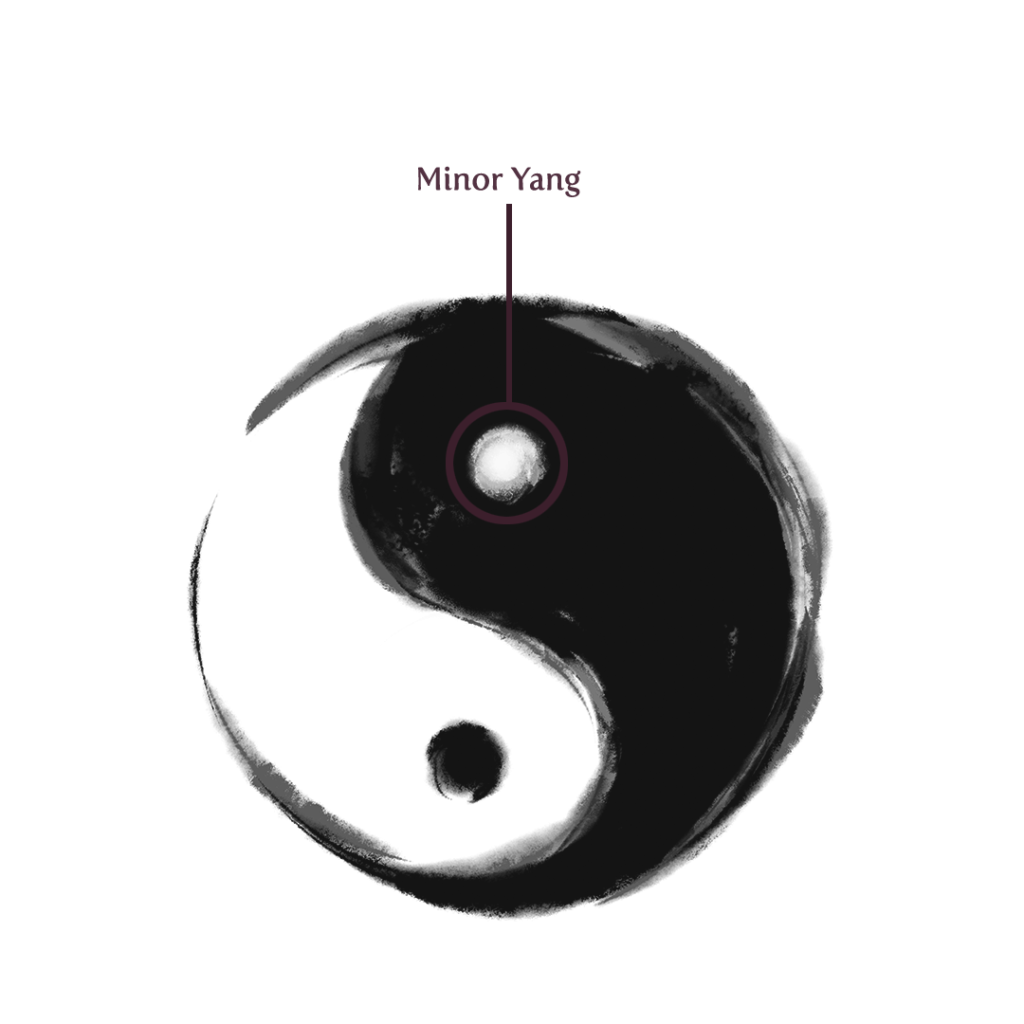 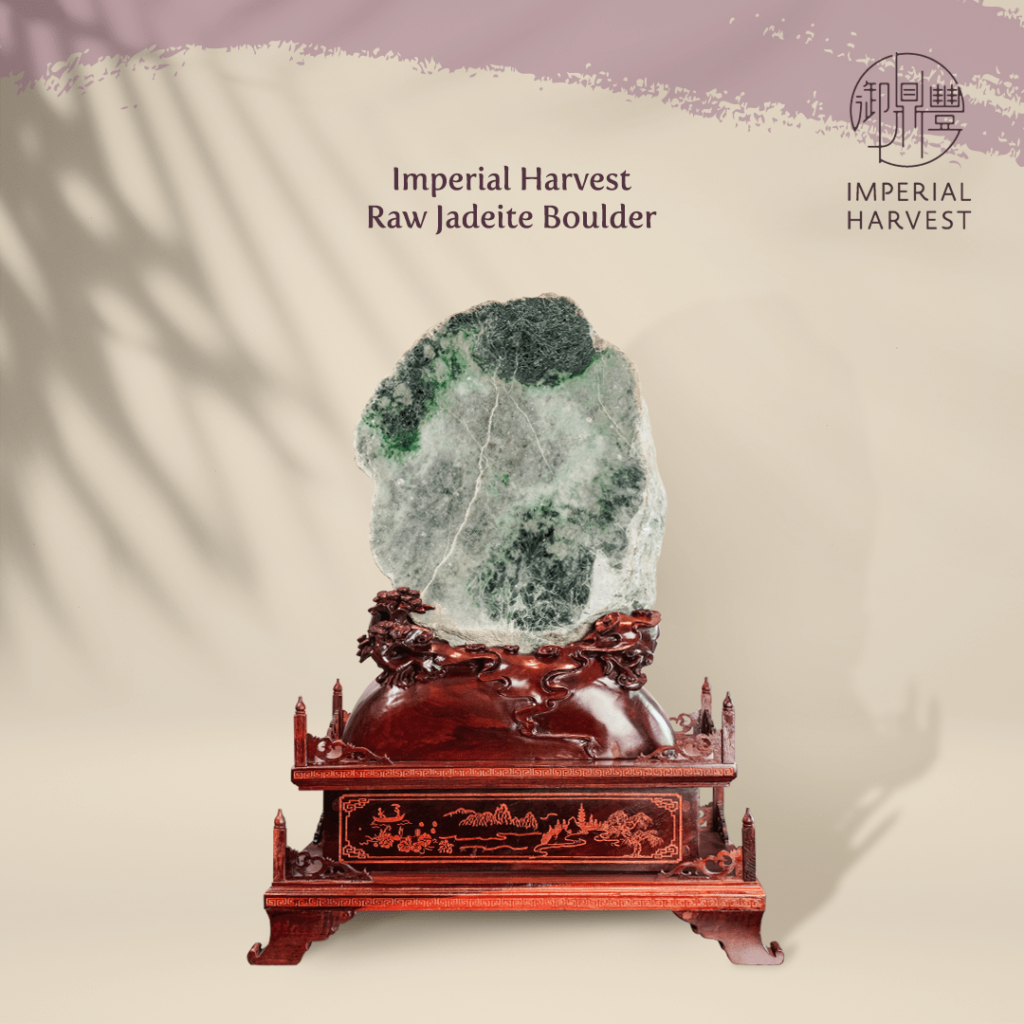 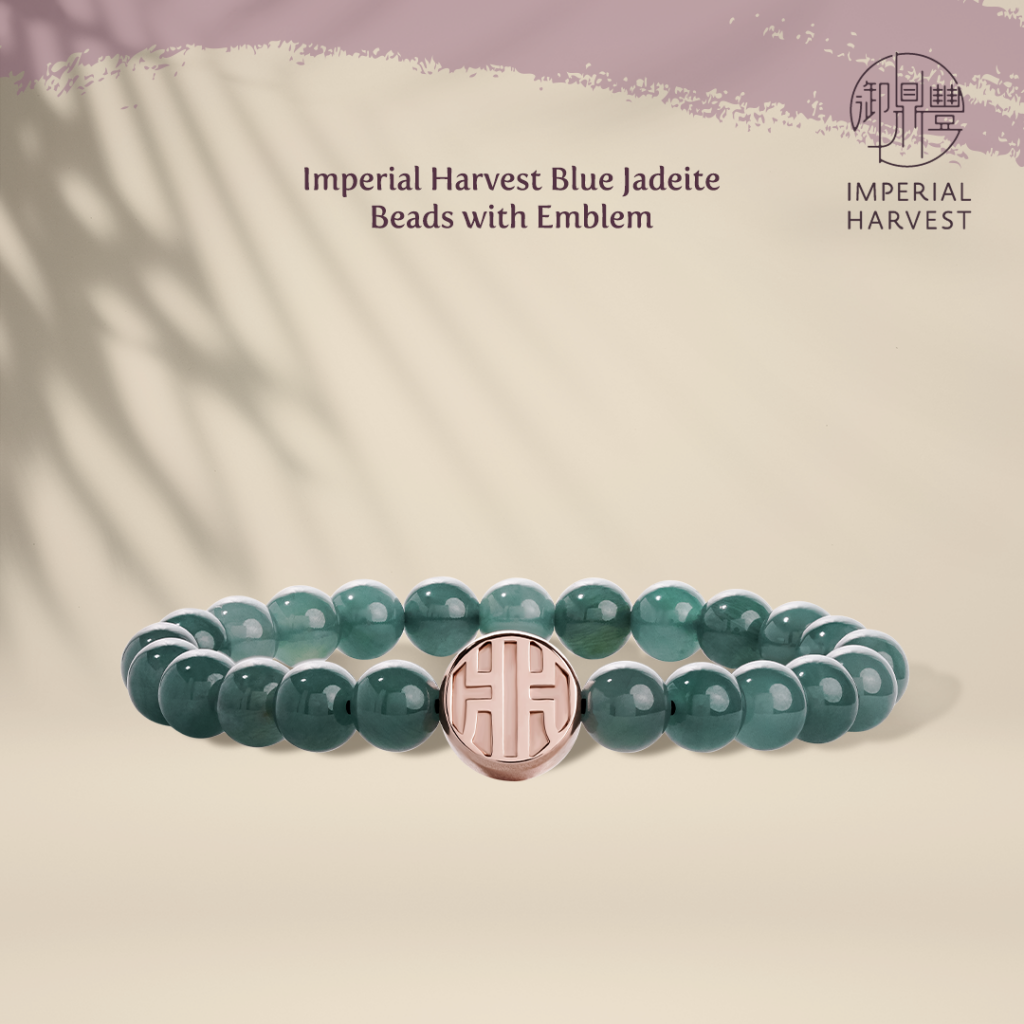 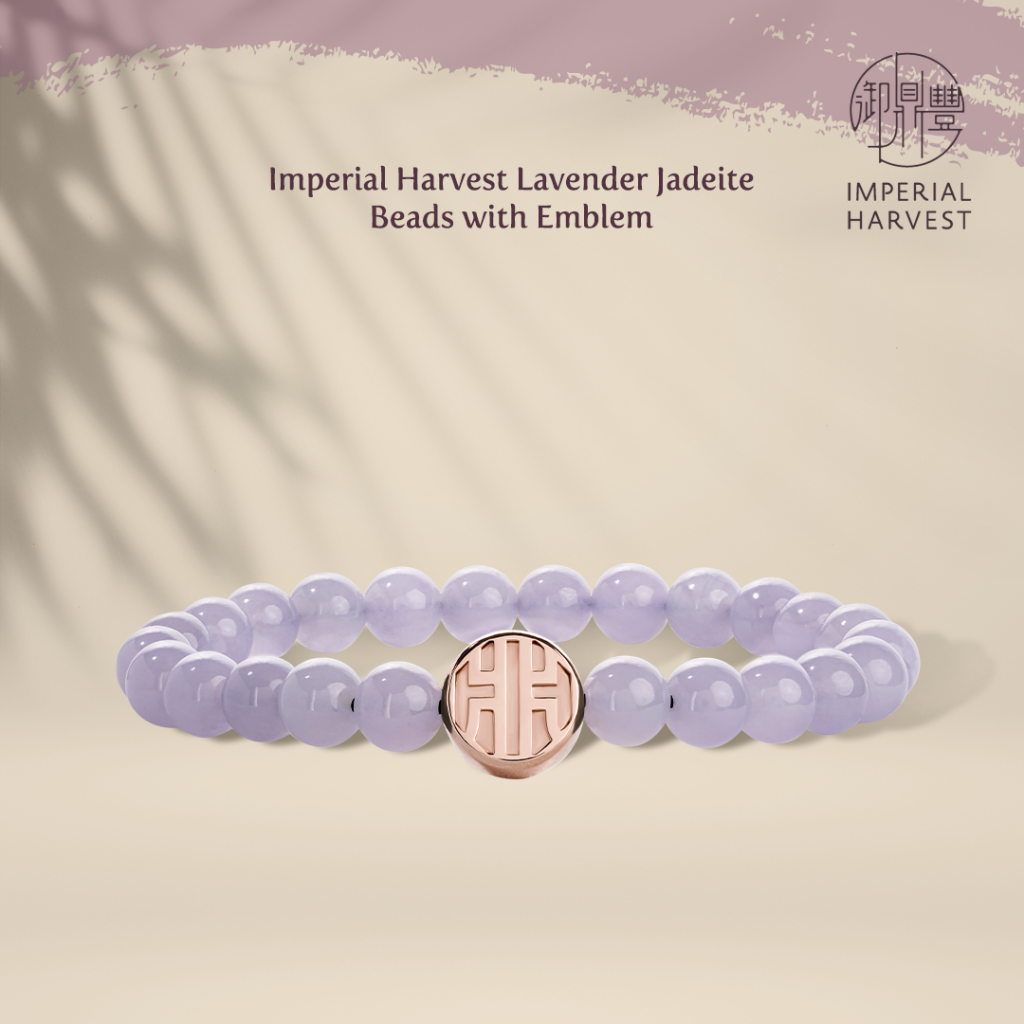 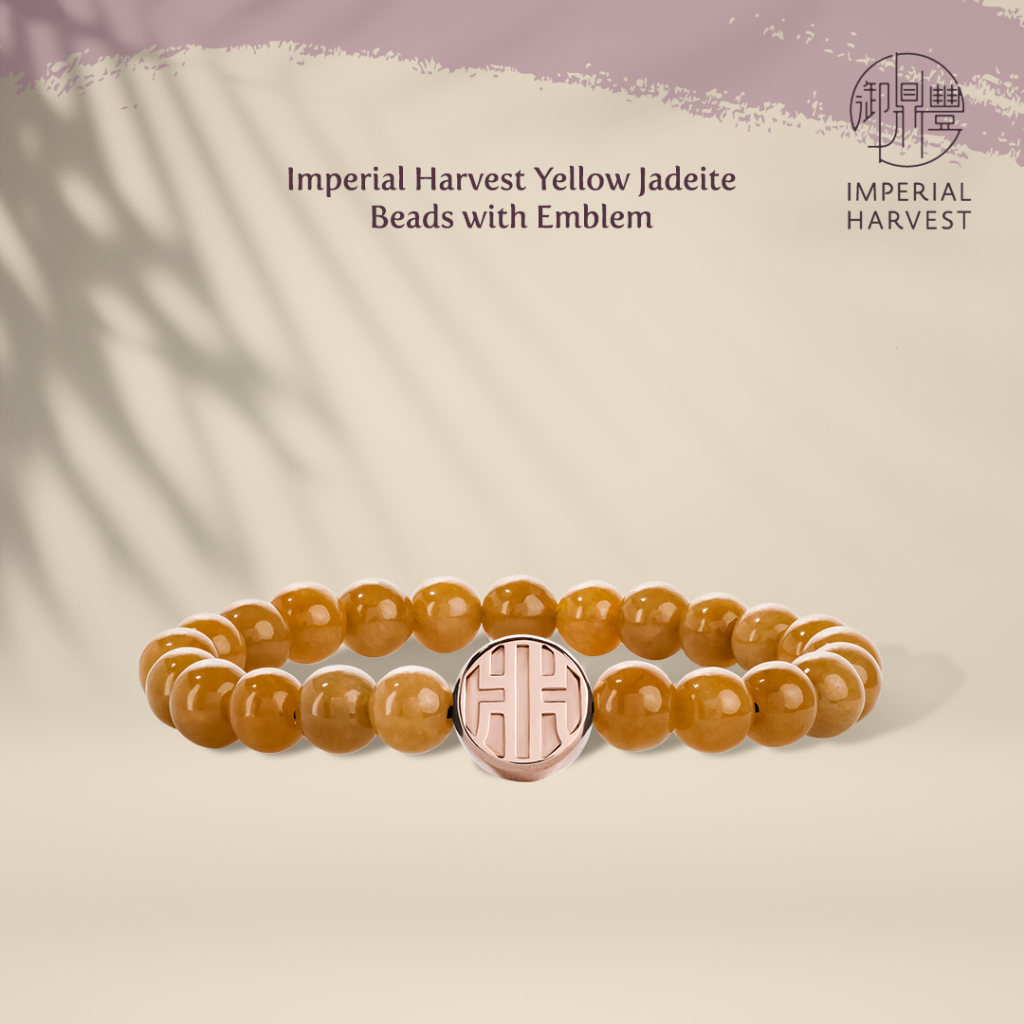 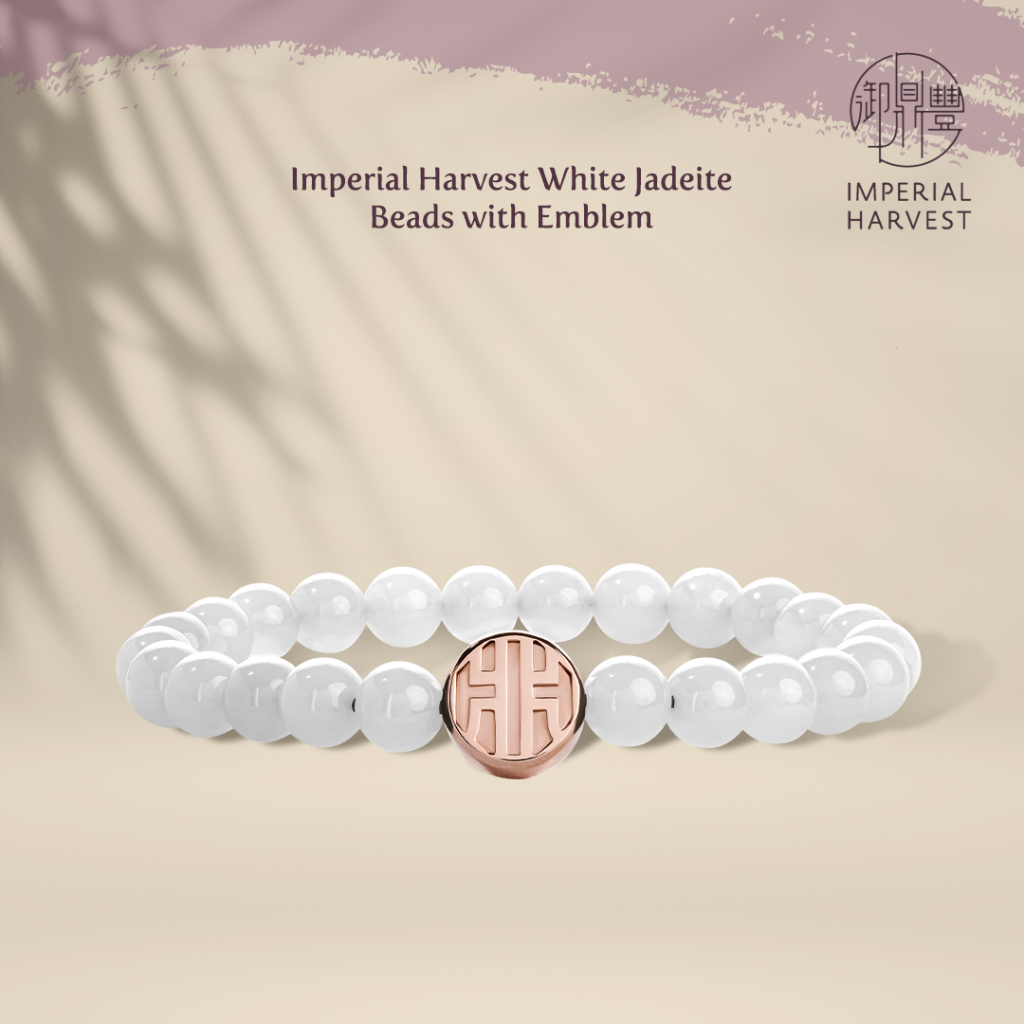 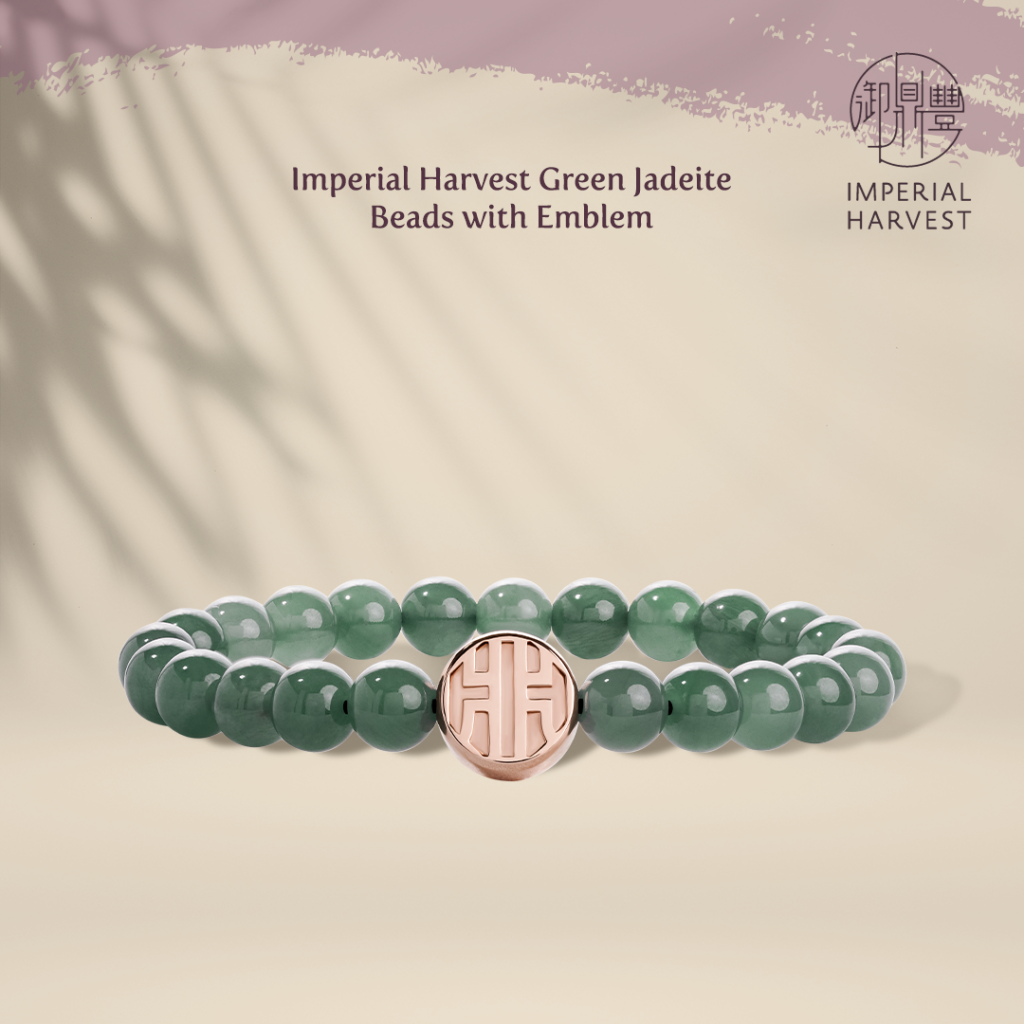 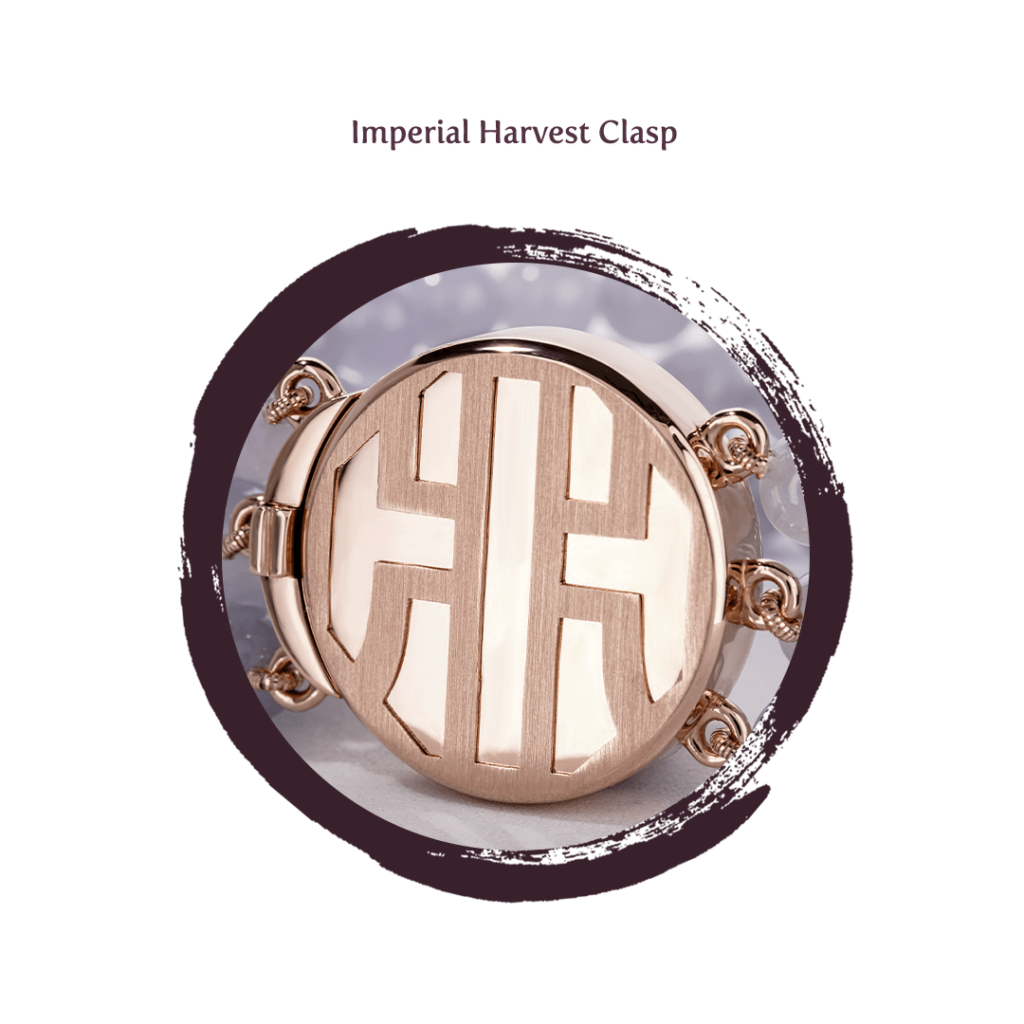 The Imperial Harvest emblem is inspired by the Chinese character “鼎” (ding), which refers to the ceremonial cauldrons used by the imperial courts in Chinese dynastic history. These “鼎” (ding) cauldrons were historically deployed in ritualistic offerings to Heaven, as part of special ​​religious rites conducted at the Temple of Heaven. 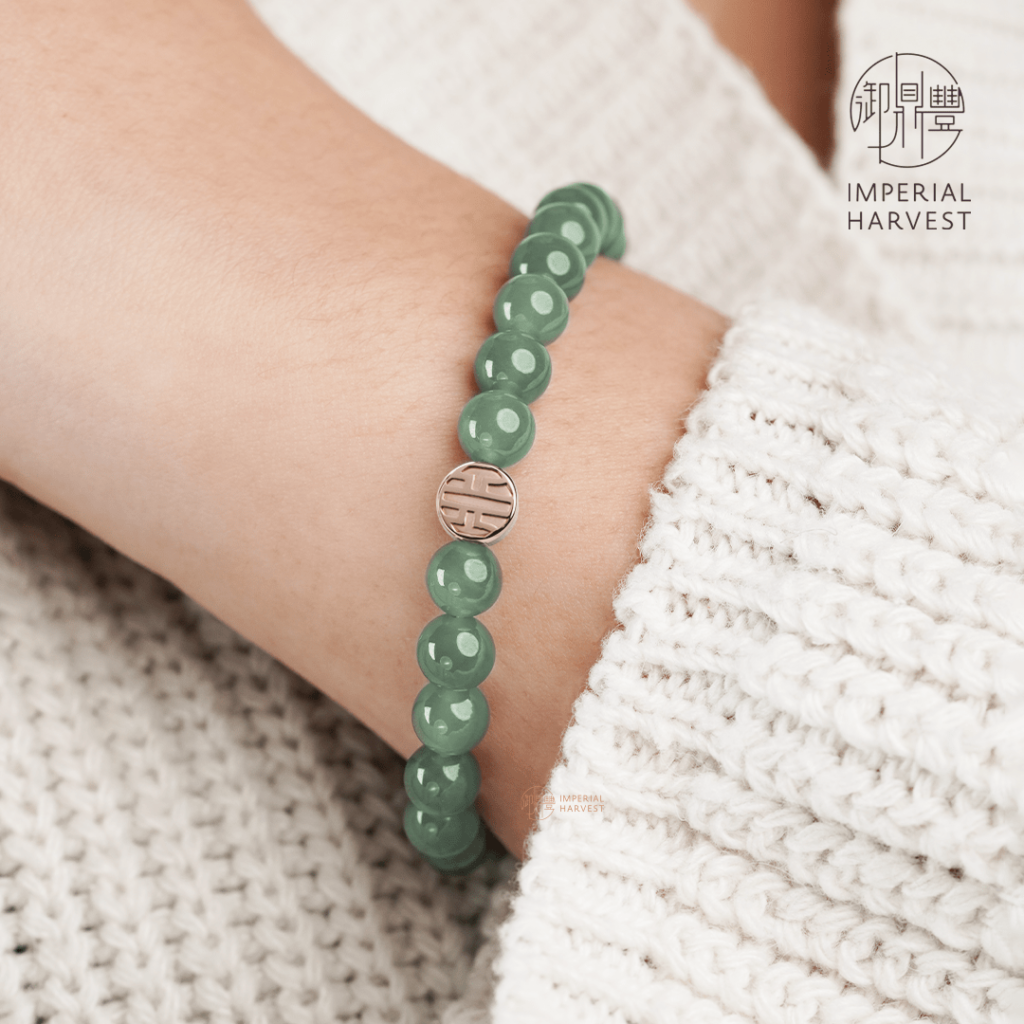 Created from a proprietary blend of pure gold, copper and silver, both of Imperial Harvest’s 18K solid rose gold clasps and charms are veritable treasures in their own right. This is underscored by the unique serial number assigned to each clasp or charm, in an ode to its distinct identity gleaned from the hands of Imperial Harvest’s gemstone artisans. 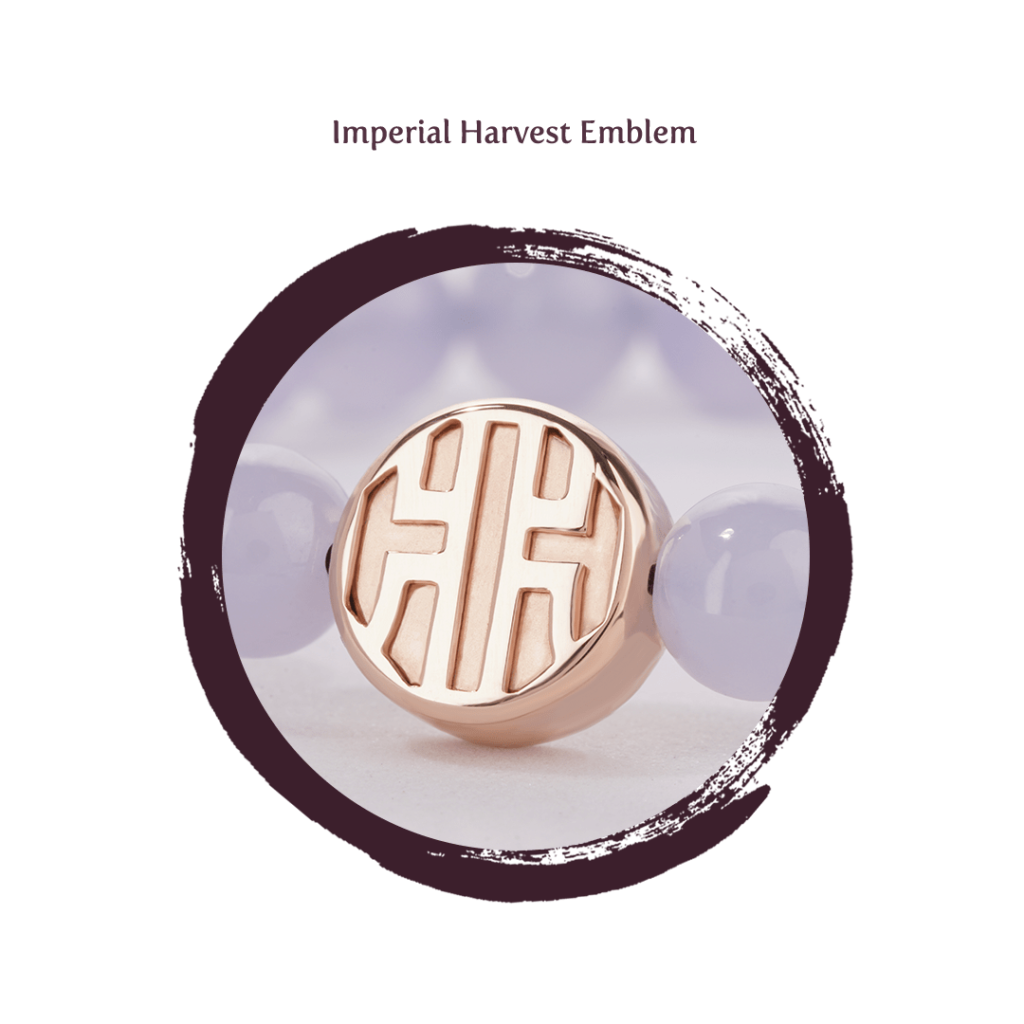 Beyond the inherent aesthetic value conferred by the finest precious metals available, the Imperial Harvest charm bestows upon every Imperial Harvest Jadeite Beads Bracelet the auspicious connotations of the ancient “鼎” (ding) cauldron. Just as the cauldrons aided the intercessory divine worship of the emperors, they are destined, at Imperial Harvest, to empower blessed wearers with the omnipotence of Imperial Feng Shui.

Every jadeite bead that appears on the Imperial Harvest Jadeite Beads Bracelet is deemed worthy of its place through a rigorous fabrication and certification process. These jadeite beads are handcrafted from the topmost tier of Imperial Harvest jadeite, commonly referred to as exquisite jadeite.

As far back as the 18th century, exquisite jadeites have been known to occupy a special place in the Chinese imperial palace. While all jadeites were treasured for their auspicious Imperial Feng Shui properties, the luminous finish and lucid glass-like translucence of exquisite jadeites made them a cut above the rest. Indeed, their lofty status was reflected in the exclusive access of the royal family to this hallowed earthly treasure.

Read more about the Imperial Harvest Mark of Excellence here

In driving a resurgent focus on one of the foremost treasures of the Imperial Feng Shui tradition, Imperial Harvest is committed to the continued renewal and revitalisation of this ancient art.